Survival and sustainability of animals are key principles in Islam. We are not their creator, only their caretakers, and have no right to engage in practices that will bring about their extinction or even their suffering. Animals have God-given roles to play on the earth and we are not entitled to stop or hinder them, except in the case of defending ourselves or our property from danger. We are not entitled to destroy the environments in which animals live, as this also impacts their ability to survive. 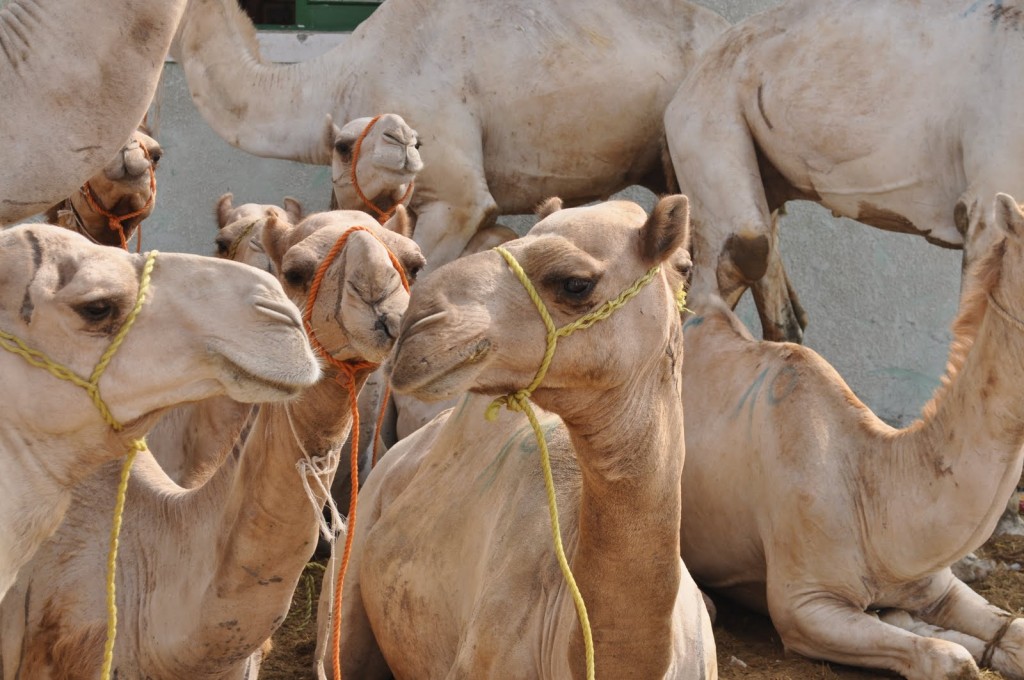 Animals, humans, and plants all live together in an interrelated ecosystem, dependent on one another for care and survival. Humans and plants provide food for animals. Animals in turn provide food for humans and fertilizer for plants. Animals also provide commercial products for humans, such as wool, hair, fur, leather, tallow, meat, eggs, milk, cream, butter, cheese, and honey. Some animals provide protection, transportation or assist with farm labor. Others merely provide companionship. And in all of them we delight in their beauty and charming behaviors.

Through verses in the Quran and recorded sayings of the Prophet Muhammad, God’s peace and blessings be upon him, we can learn the guiding principles of animal care according to Islam.

“Do you not see that God has subjected to your use All things in the heavens and on earth And has made His bounties Flow to you in exceeding measure, Seen and unseen?” [Quran 31:20]

All living creatures have an equal right to Earth. Islam views animals as highly valued creations of God. They are living beings with rights and responsibilities similar to those of humans. Animals play critical roles in the development of human society and Islam teaches that they are created specifically in our service.

We are obligated to care for and protect all living creatures as a sign of gratitude for the blessings God provides us through them. God created animals as communities — or societies — exactly like humans, and declares in the Quran:

“There is not an animal that lives on the Earth, Nor a being that flies on its wings,
But forms part of communities like you. Nothing have we omitted from the Book, And they all shall be gathered to their Lord in the end.” [Quran 6:38]

“Show mercy to those on earth, and He who is in heaven will show mercy unto you.” Prophet Muhammad (SAW)

The Prophet Muhammad gave his followers many commands and prohibitions regarding animals. He warned them that anyone causing an animal to die of starvation or thirst will be “punished by God in the fire of hell,” and he instructs animal owners to provide mercifully for their well-being. He says, “Show mercy to those on earth, and He who is in heaven will show mercy unto you.” Referring to the wretched, thirsty dogs in their community, his followers asked the Prophet, “O Messenger of God, is there a reward in doing good for these animals?” He replied, “There is a reward in doing good to every living thing.”

On the basis of statements by the Prophet Muhammad, recorded more than 1400 years ago, animals have rights which mankind must extend to them. To treat our animals humanely, we must:

One time, passing by a camel that was so malnourished that its back was almost reaching its stomach, the Prophet of Islam said to those nearby, “Fear Allah in these beasts who cannot speak!”

The Prophet Muhammad once forbade his followers from setting fire to an anthill. He related to them that an earlier prophet of God was once bitten by an ant and ordered the burning of the whole ant colony. However, God rebuked this prophet by means of a revelation in which God said, “Because an ant stung you, you have destroyed a whole nation that celebrates God’s glory.” Perhaps this is why God reveals this same message clearly in the Holy Quran:

“Seest thou not that it is Allah whose praise all beings in the heavens
and on earth do celebrate, and the birds with wings outspread? Each one knows its own (mode of) prayer and praise, and Allah knows well all that they do.” [Quran 24:41]

A man once gathered some baby birds from their nest and the Prophet ordered him to return them to their mother, saying that the man had hurt the feelings of the mother bird by taking her babies. He likewise forbade anyone from needlessly and wrongfully cutting down trees which provide shelter to humans or animals, especially in the desert. It is clear from this that mankind is prohibited from destroying the habitats of God’ creatures.

War is another form of destruction, or corruption, in the land. The Holy Quran teaches that God hates any form of corruption, especially noting the crimes of destroying plants and killing captured livestock:

“And when he turns away, he hastens through the land
to cause corruption therein and to destroy the crops and cattle And God loves not corruption.” [Quran 2:205]

In another hadith, the Prophet Muhammad taught his followers, “No human being kills (even) a sparrow without right, except that God will ask him about it on the Day of Judgment.” His followers then asked him, “O Prophet of God! What is its right?” He said: “Its right is that you slaughter it and eat it, not that you decapitate it and throw it away!”

Stewards of the Earth

Caring properly for the animals of the earth is a duty God assigned to humankind, as “khalifah” or stewards of the earth. The following is a story illustrating the proper care of our animals according to Islam. Recorded in The Essential Rumi, this lesson is related by Mawlana Jalal Al Din Muhammad Rumi, the famous and beloved 13th-century Sufi teacher and poet:

“A Sufi had been travelling and after he stopped at an Inn for the night, and had meditated for a while, he told the servant who took care of the animals to be sure that he mixed a lot of barley with the straw that was to be his donkey’s supper. ‘And please make sure you wet the (uncooked) barley with warm water. He’s an old donkey and has trouble chewing.’

“Then the Sufi asked, ‘Did you remove his saddle gently and put salve on the sore he has? Did you currycomb his back — he loves that.’ The instructions continued and the servant became annoyed. He ended the conversation with the claim that he had taken care of thousands of animals, with no complaints, and that everyone who stayed at the Inn was ‘treated as family.’

“The Sufi went to sleep but had terrible nightmares about his donkey being attacked by wild beasts and falling, helplessly, into a ditch. And although the details of the dream were wrong, what it conveyed of danger to the donkey was true. His donkey was being totally neglected, without care, food or water all night long. The caretaker had spent the whole night carousing with his friends.

“The moral of this story: Do the careful, donkey-tending work yourself. Don’t trust that to anyone else.

“The nightmares of the Sufi testified to his doubts about the animal’s well-being, but he was tired and it was late, so he slept. When your compassion and concern extends to another creature, do not trust its care to those who do not have the same concerns.” – Jalal Al Din Rumi, The Essential Rumi

Aisha Abdelhamid is a retired computer engineer with the US Dept. of Defense, and is currently a syndicated writer for Important Media Network. A native of California, and a recently naturalized citizen of Egypt, she and her husband, Mohamed, live in Dakahlia, Egypt, in the center of the rural Nile delta region, enjoying a devout Islamic lifestyle rooted in the practical aspects of conservation and sustainability. They are building their home and animal barns with green features, sustainable and recycled materials, and enjoy organic rooftop gardening.
View all posts by Aisha Abdelhamid →
Tagged Animal Care, Animal Rights, Animal Welfare, Animal Welfare in Islam, Animals, Birds, Hadith, Islam, Plants, principles of animal care, Prophet Muhammad, Quran, Rumi, Sustainability, Wildlife. Bookmark the permalink.