Artificial Intelligence (also known as AI) is considered to be the biggest game-changer in the global economy. With its gradual increase in scope and application, it is estimated that by 2030, AI will contribute up to 15.7 trillion of the global economy which is more than the current output of China and India combined. India outputs around a million engineers every financial year, 20% of whom are jobless. AI has grown so much that it can place a jobless engineer in an industry-based company, if he has done an artificial intelligence course. 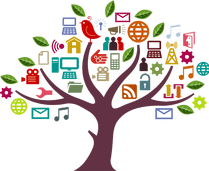 The UN Artificial Intelligence Summit held in Geneva (2017) identified that AI has the potential to accelerate progress towards a dignified life, in peace and prosperity, for all people and have suggested to refocus the use of this technology, that is responsible for self-driving cars and voice/face recognition smart phones, on sustainable development and assisting global efforts to eliminate poverty and hunger, and to protect the environment and conserve natural resources.

Many organizations like Microsoft, Google and Tesla, whilst pushing the boundaries for human innovations, have made considerable efforts in developing ‘Earth Friendly’ AI systems. For instance, Google’s very own DeepMind AI has helped the organization to curb their data center energy usage by 40 percent making them more energy efficient and reducing overall GHG emissions. As data centers alone consume 3 percent of global energy each year, development of such AI’s not only improve the energy efficiency but also assist in providing energy access to remote communities, setting up microgrids and integrating renewable energy resources.

Installation of smart grids in cities can utilize artificial intelligence techniques to regulate and control parts of neighborhood power grid to deliver exactly the amount of electricity needed, or requested from its dependents, against the use of conventional power grids that can be wasteful due to unplanned power distribution.

With AI-driven autonomous vehicles waiting to break into the automobile market, techniques like route optimization, eco-driving algorithms and ride-sharing services would help in streamlining the carbon footprint and reducing the overall number of vehicles on the road.

Viewed on a macro scale, the emergence of smart buildings and the smart cities in which they are built can leverage built-in sensors to use energy efficiently, and buildings and roads will also be constructed out of materials that work more intelligently. Taking a nod from natural patterns, material scientists and architects have developed innovative building materials from natural resources, such as bricks made of bacteria, cement that captures carbon dioxide, and cooling systems that use wind and sun. Solar power is increasingly present within cities and outside to supply larger urban area. These are the first early steps towards sustainable infrastructure cutting costs and helping to make us environmentally conscious.

Controlling industrial emissions and waste management is another challenge that can be dealt with the advanced learning machines and smart networks that could detect leaks, potential hazards and diversions from industrial standards and governmental regulations. For example, IoT technology was incorporated into several industrial ventures, from refrigerators and thermostats and even retail shops.

As scientists still struggle to predict climate changes and other potential environmental hurdles or bottlenecks due to lack of algorithms for converting the collected useful data into required solutions, Microsoft’s AI for Earth, a 50 million dollar initiative, was announced in 2017 with the sole purpose to find solutions to various challenges related to climatic changes, agriculture, water and biodiversity.

Other similar AI infused Earth applications are iNaturalist and eBirds that collect data from its vast circle of experts on the species encountered, which would help to keep track of their population, favorable eco systems and migration patterns. These applications have also played a significant role in the better identification and protection of fresh water and marine ecosystems.

There are various institutions, NGOs and start-ups that work to deliver smart agricultural solutions by implementing fuzzy neural networks. Besides the use of both artificial and bio-sensor driven algorithms to provide a complete monitoring of the soil and crop yield, there are technologies that can used to provide predictive analytic models to track and predict various factors and variables that could affect future yields. 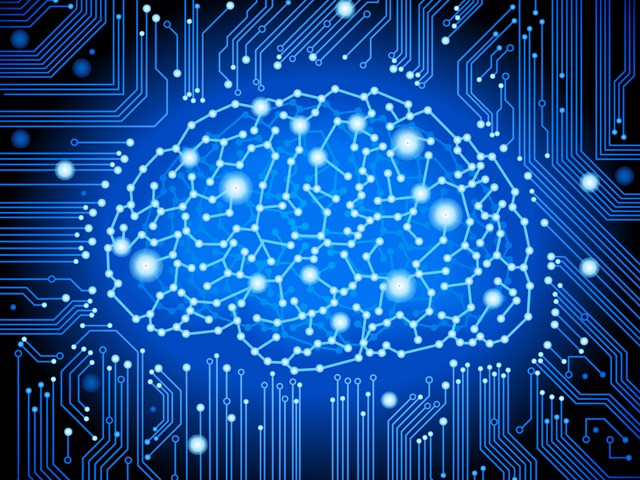 AWhere and FarmShots, both United States based companies use machine learning algorithms in connection with satellites to predict weather, analyze crop sustainability and evaluate farms for the presence of diseases and pests. Adaptive irrigation systems in which the land is automatically irrigated based on the data collected from the soil via sensors by an AI system is also gaining wide popularity among the farmers for its important role in water management.

Developments in the Middle East

As more countries drastically shift towards the use of AI and other advanced technologies, this enormous wave has hit the Middle East region too. The United Arab Emirates, Saudi Arabia and Qatar have shown a promising commitment towards the development and implementation of technologies like information technology and digital transformation, to improve the efficiency and effectiveness of the healthcare sector and to provide citizens with knowledge and skills to meet the future needs of the labor market.

By 2030, the Middle East countries are expected to be one of the major players in this field as the volatility of oil prices have forced the economy to look for new sources for revenue and growth. With numerous untapped markets and sectors, the future investments in AI in the MENA region are estimated to contribute to around 15 per cent of their combined GDP. It can also be expected that with this rapid growth, the Governments will also consider a much more aggressive approach towards using these technologies for putting together an effective model for environmental sustainability.

With many countries in the Middle East strongly committed to protect the aquatic diversity of its surrounding waters, an intelligent tracking system could help to prevent overfishing and contamination, and implement much more effective aquaculture techniques, innovations in sea farming and better utilization and protection of freshwater resources.

Researchers and scientists must ensure that the data provided through Artificial Intelligence systems are transparent, fair and trustworthy. With an increasing demand of automation solutions and higher precision data-study for environment related problems and challenges, more multinational companies, educational institutions and government sectors need to fund more R&D of such technologies and provide proper standardizations for producing and applying them.

In addition, there is a necessity to bring in more technologists and developers to this technology. Artificial intelligence is steadily becoming a part in our daily lives, and its impact can be seen through the advancements made in the field of environmental sciences and environmental management.

Sarath Muraleedharan is an Electronics and Communication Engineer graduate and IT professional from Kerala, India. He completed his primary and high school education in Qatar and graduated from Amrita School of Engineering, Tamil Nadu (India). Sarath has worked in Cognizant for 4 years and have been a part of many environment related activities and initiatives at workplace and college like e-waste disposal, tree plantation and hygiene. He has also been actively involved in school and college projects on environment and sustainable development themes like waste recycling, mariculture, global warming and innovative agricultural technologies.
View all posts by Sarath Muraleedharan →
Tagged Agriculture, AI, Artificial Intellience, Artificial Intelligence in Middle East, conservation, Middle East, Pollution, Smart Cities, Sustainability, UAE, Waste Management, Water, Wildlife. Bookmark the permalink.

18 Responses to Role of Artificial Intelligence in Environmental Sustainability