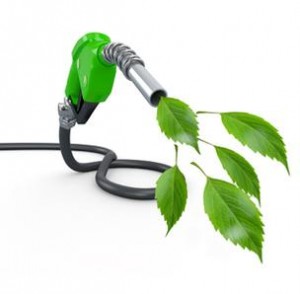 Jordan has good biofuels production potential in the form of crop residues, agro-industrial wastes and urban wastes. Biomass energy sector in Jordan is slowly, but steadily, developing. As per a recent World Bank report, the country is currently generating 3.5MW of power from biomass resources which represent 0.1% of the total energy demand in the country. However there is no available data on the amount of biofuels produced in Jordan. Jordan produces significant amount of biofuel feedstock in the form of lignocellulosic biomass, used cooking oil, animal tallow, agro-industrial wastes, industrial effluents etc.

In Jordan, transportation sector alone is responsible of 51% of final energy consumption (MEMR, 2013) which makes it imperative on policy-makers to find alternative and renewable transportation fuels in the form of biodiesel, bioethanol, biogas, algae fuels etc. However, allocation, development and implementation of alternative fuels go hand in hand with the preparation of adequate policies and targets by the local government. Some of the major driving forces for development of biofuel sector in Jordan include reduced climate change impacts and decreased reliance on imported fossil fuels.

The Jordanian Renewable Energy and Energy Efficiency (REEE) law no. 13 of the year 2012 announced bioenergy as a renewable source of energy and only focused on using biomass feedstock in the production of electricity without mentioning production of biofuels from these sources. In addition the directive on Regulating the Activity of Industrial Fuel from Waste announced two definitions namely biofuel and industrial fuel. Biofuel is defined as a hydrocarbon material produced from all kinds of vegetable oil and/or animal fats and/or used vegetable oils or any other resources, whereas industrial fuel is defined as a liquid or gaseous hydrocarbon materials produced from industrial waste, domestic waste, plastic materials, medical waste, used tires and other high carbonaceous materials. These wastes are considered to be a non-renewable source and the produced oil or gas a non-renewable fuel, regardless of the technology used in its production.

Thus, the current Jordanian energy policy underline biofuels produced from waste resources as a non-renewable source of energy which in the result deprives biofuel sector from being able to benefit from the renewable energy law and tax redemption bylaw No. 13 for the year 2015. In addition bylaw No.13 for the year 2015 only mention exemptions on biomass energy systems which produce electricity, specifically biomethane to electricity and direct combustion of waste to electricity which completely contradicts the definition of the industrial fuel as biomethane can be produced from solid waste using anaerobic digestion process. In addition despite defining biodiesel as a renewable energy source its production systems and production inputs were not added under the exemption by law No. 13 for the year of 2015.

To conclude, policy-makers and urban planners are strongly urged to take these important points into consideration to harness the untapped biofuel potential thus catalyzing the development of biomass energy sector in Jordan. In addition, Jordan can explore the development of commercial energy crop plantations like Jatropha, Pongamia, sweet sorghum, algae farms etc on marginalized lands to spur the growth of biofuels sector.