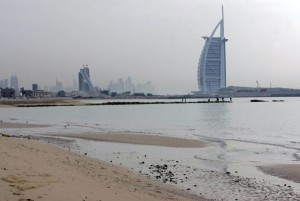 Environmental protection has become an increasingly important item on the social and economic policy agenda of Middle East nations. As I read last week’s piece titled “Environmental Impacts of Plastic Bags” I was struck by the succinct summary of the main problems with the ongoing use of plastic bags and how their effects can be felt in many ways, some widely publicized and others not. The article prompted a series of reflections upon other environmental initiatives emerging in the Middle East and North Africa, especially in Qatar and the United Arab Emirates.

In this article, I wish to share my thoughts on the current issues inhibiting local efforts’ success and possible means of overcoming them. Particular emphasis will be placed on widening regional environmental conservation narratives to include culturally-specific content, as well as empowering grassroots level projects.

Having studied in Cairo and visited Doha and Dubai several times, I can attest to the environmental degradation occurring in the Middle East. The case of plastic bags is one of many examples of poor environmental management and reveals multiple issues hindering success. Let us first examine the wide array of national level environmental mandates and legislation already present across the region.

Specifically, the rulers of Qatar and the UAE seem to be taking the lead by shifting their views and trying to address potential environmental limitations imposed by access to potable water and finite oil/natural gas reserves. I applaud these leaders for their work; my concern is that these initiatives come off as irrelevant to the realities of ordinary Qataris and Emiratis. Expatriates make up an overwhelming majority of the population in GCC nations, and should be given due importance in socio-economic development and environmental initiatives, alongside the native population..

In the case of Doha, which appears to have some recycling programs in place at Education City and Katara Cultural Village, their existence might be due to top-down mandates and perhaps some Western expatriates complaining that there is no place to throw out their recyclables. Without wider buy-in from indigenous populations and recognition of real benefits to recycling, conservation etc, the effects of such efforts will be minimal. Another worry is the low-level of enforcement measures in place to monitor the implementation and improvement of environmental preservation. Coupled together, such problems essentially take the sheen off such initiatives and can be seen as purely image-driven.

Additionally, there appears to be a disconnect between the messaging being conveyed to residents in Qatar and the United Arab Emirates and the actual results one observes in these nations. For instance, there is a very apparent Islamic tradition being displayed throughout each country, as shown by the numerous state-sponsored religious building projects and “cultural” venues that celebrate the region as the homeland of Islam. Government officials and indigenous populations pride themselves on being the custodians of the religion, yet it seems that when it comes to environmental practices, tradition and historical knowledge are ignored. The Holy Qur'an has a number of specific references to important principles for environmental protection.

“And do no mischief on the earth after it has been set in order: that will be best for you, if ye have Faith” (Surat Al A’raf, verse 85)

Eat and drink: But waste not by excess, for Allah loveth not the wasters (Surat Al-A’raf 7: 21).

“And do good as Allah has been good to you. And do not seek to cause corruption in the earth. Allah does not love the corrupters”(Surat Al Qasas 28:77)

The first principle which guides Islamic teaching on environmental sustainability is the concept of trusteeship. Being a khalifa (or guardian), a man should take all necessary steps to ensure that the entrusted property is passed on to the next generation in as pure a form as possible. This obligation, however, has gone by the wayside and undermines national images. Infact, the region’s Bedouin heritage and Arab sustainable practices also appear to be disregarded and treated as inferior to Western development theory.

All Is Not Lost

Despite these difficulties, along with the recognition that many MENA nations presently lack the capacity and infrastructure to rectify all environmental issues and face a sense of apathy towards environmentalism, I believe all is not lost. If we turn back to the earlier plastic bag case study, I see some options for ensuring greater community ownership and responsibility that could be applied to other environmental topics too. One thing that could help encourage a paradigm shift is a national media campaign illuminating the impact of plastic bag usage and advertising alternatives. Being a resident of Washington, DC, I have seen the city engage the public on this issue through the implementation of a plastic bag tax and highlighting reusable bags in local stores.

Additionally, it would be beneficial to draw upon the Islamic environmental traditions in marketing to the Arab world, in addition to leveraging the example of other locally-relevant respected religious and social figures. Essentially, the success of any environmental initiative stems largely from it being seen as fashionable and easy to do. In the case of plastic bag usage, lack of easy access to alternatives and the cheap cost associated with plastic bags enables the status quo. At a national level the argument could be made that importing plastic bags and having to deal with their after-effects are very costly to nations so a local alternative would be beneficial for all.

If local organizations and cultural centers (NGOs, mosques/other religious spaces, souqs) seriously began using reusable bags or handing them out as giveaways people may begin to disregard plastic bags and encourage others to do likewise. The creation of a dialogue in the public sphere and a partnership between the various segments of Khaleeji societies (native/expatriate, faith communities, governmental/non-governmental) could be a very powerful initiative and exceed government-only efforts to preserve the environment.

2 Responses to Environmental Initiatives in Middle East – Challenges and Remedies