Environmental and Health Impacts of Asbestos

Asbestos is an infamous building and construction material that gained popularity in the 20th century due to its fire-resistant properties. Asbestos’ first commercial mine was opened in 1879 in Quebec province, Canada. It took several years of production and consumption of this material in several parts of the world before its health and environmental hazards were discovered. Australia was one of the heaviest global consumers of asbestos in the 1980s with most of the materials being imported into the country from Canada and South Africa.

The use of the material didn’t stop until a national ban was announced on December 31st 2003. Since January 2004, it was illegal to sell, buy, install, store or import asbestos.

Before the ban, this material was mainly used:

Asbestos fibres can either be bonded or loose. If the material is bonded and in good condition, it poses little health risks but once it’s loose and broken- the risks escalate. Asbestos fibres normally disorient when damaged, mishandled or due to the wear and tear factors after continuous use.

When the material is used in cement sheeting, they are normally bonded and more stable. In materials such as pipe lagging & sprayed roof insulation, the fibers aren’t bound in a stable matrix hence when they are disturbed, they are more likely to be released into the atmosphere.

Environmental and Health Effects of Asbestos

Loose fibers normally fall off buildings, settling on objects and other floating in the air. With time, these fibers get into water bodies contaminating them and causing health hazards both to animals and humans. Long-term and unsafe exposure to asbestos has a number of well-documented health effects. The fibers are tiny and light, hence easily inhaled and carried into the lower regions of the lungs causing respiratory problems.

Apart from causing fibrotic lung disease (asbestosis), it leads to irritation of the lungs and chest cavity. Such irritations have been linked to deadly conditions such as mesothelioma, a type of cancer that affects the tissues lining the chest cavity. All these diseases lead to reduced respiratory functions and increased the resistance of blood flow via the lungs, causing enlargement of the heart and eventually, death.

Occupations That Leads To Asbestos Exposure

Major concerns on exposure to the toxic fibers occur within the following workplaces and processes:

More often, effects worsen with exposure to a higher concentration of the material, being in contact more often or/and being exposed for long periods of time. Given the long period it took to link asbestos exposure to any type of cancer, several people developed the condition unknowingly and many cases are now showing up. Over recent years, the World Health Organization classified asbestos as a carcinogen and affected individuals who were exposed to the material through an occupational setting were awarded compensations.

Other countries who were the first to link asbestos to some kind of health conditions did their research, but couldn’t clearly prove that the material causes cancer. Some of the first reports showed that occupational exposure results in asbestosis and pulmonary fibrosis. The role of the material in various diseases was later established and its use was discontinued, but the effects still remain.

Measures Used by the Government

A report published in November 2017 by the Asbestos Safety and Eradication Agency showed that several Australian bodies have pulled their resources to cut on the cases of Asbestos-Related Diseases (ARDs). In the report, the Do-It-Yourself home renovators were identified to be the group at high risk of exposure in the residential sector in Australia. 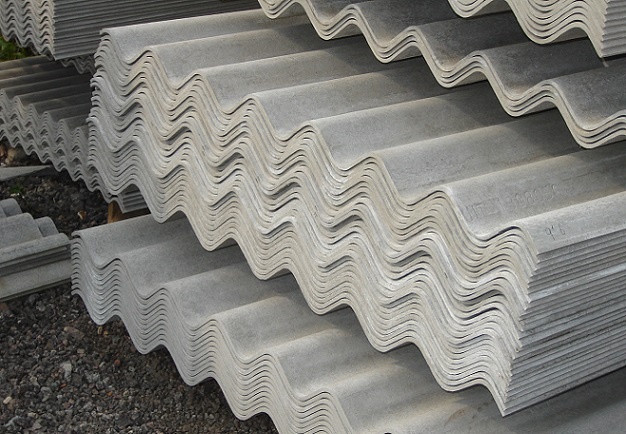 From the years 2014-2018, the Australian government endorsed a National Strategic Plan for Asbestos management & awareness. This was followed by several measures and programs to facilitate the removal of asbestos in various built environment within the country. With such initiatives in place, several companies and stakeholders are working towards educating the public concerning the environmental impact of the material.

AlertForce, for example, is currently offering Asbestos Awareness Training online for free but there is a maximum of 5 people per company allowed. This not only equips professionals with hands-on-skills on how to handle asbestos during renovations and removal but also contribute to the effective prevention of ARDs.

Any asbestos-containing material should be removed only by a qualified and licensed professional. According to the Environmental Protection Authority (EPA), removal of loose fibers or bonded sheeting greater than 10 square meters must be done by an accredited asbestos removal professional. To ensure that the process is done with strict adherence to safety procedures, DIY services are strictly prohibited.

Some of the short-term precautions given to homeowners or workers to minimize exposure to the toxic material include:

To avoid further risks of exposure to asbestos, people who are likely to come in contact with the material are advised to take extra precaution measures. If one must enter areas contaminated with dust containing asbestos, the use of an appropriate Australian Standards (AS) approved dust mask or respirator is recommended.

Salman Zafar is the Founder of EcoMENA, and an international consultant, advisor, ecopreneur and journalist with expertise in waste management, waste-to-energy, renewable energy, environment protection and sustainable development. His geographical areas of focus include Middle East, Africa, Asia and Europe. Salman has successfully accomplished a wide range of projects in the areas of biomass energy, biogas, waste-to-energy, recycling and waste management. He has participated in numerous conferences and workshops as chairman, session chair, keynote speaker and panelist. Salman is the Editor-in-Chief of EcoMENA, and is a professional environmental writer with more than 300 popular articles to his credit. He is proactively engaged in creating mass awareness on renewable energy, waste management and environmental sustainability in different parts of the world. Salman Zafar can be reached at salman@ecomena.org or salman@bioenergyconsult.com
View all posts by Salman Zafar →
Tagged Asbestos, Asbestosis, Australia, Cancer, Construction, Dangers of Asbestos Fibres, Health Impact of Asbestos, Lungs, Mesothelioma, Mining, Pulmonary Fibrosis, Water. Bookmark the permalink.

2 Responses to Environmental and Health Impacts of Asbestos