Islam – In Harmony With Nature

The ecological crisis of the world presents one of the biggest challenges of our time. Through prophets and messengers, God has revealed holy books that bring both glad tidings and warnings, so that people act in a righteous and just manner. In the Holy Quran, God speaks of creating everything in balance, and warns that transgression of the balance shall have disastrous consequences. This holds true not just for the world around us, but also for our souls, for Islam does not differentiate the world of man from the world of nature. 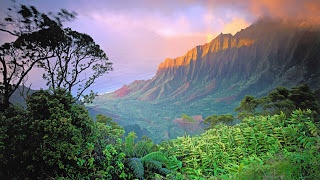 There are over 6,000 verses in the Holy Quran of which more than 500 deal with the natural phenomenon. Allah, the Almighty, repeatedly calls on mankind to reflect on His signs, which include all aspects of nature such as trees, mountains, seas, animals, birds, stars, the Sun and the moon and our own hearts. Islamic jurisprudence contains regulations concerning the conservation and allocation of scarce water resources; it provides legislation for the conservation of land; it has special rules for the establishment of rangelands, wetlands, green belts and for wildlife protection and conservation.

Planting a tree is considered a sadqa-e-jariyah, an act of continuous charity, a desirable deed for which the planter is rewarded for as long as the tree benefits any form of creation. Prophet Muhammad (peace be upon him) had declared a 30-km area around his city of Medina a protected grove, prohibiting the cutting down of trees within its borders. He prescribed picking up litter from the streets as an act of faith. He forbade the cutting of cedar trees in the desert since they provided shade and shelter to animals. There are innumerable sayings of Prophet Muhammad (peace be upon him) that stress on conservation of resources, especially water. He calls upon us to be what God intended us to be, which is in harmony with nature.

Humans have the capacity to subvert the world, far more than any other living species. We also have the capacity to uphold the physical world. Islam believes that all human souls come from a garden, and that at the end of time each soul will either enter the garden or the fire. We can turn the world into something that is hotter, greedier and more destructive, or we can turn it into something that is calm, garden-like and reflects the divine purpose.

Prophet Muhammad (peace be upon him) famously said, “Even if the Day of Judgment should arrive and you are holding a sapling in your hand, plant it.” This also indicates that one should never lose hope and continue one’s efforts to be at peace with the earth till the very end.

Sadia Dehlvi is a renowned media personality, activist, writer and a columnist. For over thirty years she has been engaged in voicing concern on issues regarding heritage, culture, women and Muslim communities. She is the author of the widely acclaimed book Sufism: The Heart of Islam, which draws on a range of Muslim texts and traditions, the lives of the early Sufis, and their message of love, tolerance and inclusion.
View all posts by Sadia Dehlvi →
Tagged Allah, Animals, conservation, Environment in Holy Quran, Holy Quran, Islam, Islam and Conservation, Islamic Jurisprudence, Natural Resources, Nature in Islam, Plants, Prophet Muhammad, Trees, Wildlife. Bookmark the permalink.

8 Responses to Islam – In Harmony With Nature