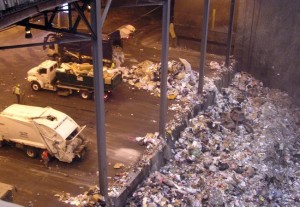 Around 130 million tonnes of municipal solid waste (MSW) are combusted annually in over 600 waste-to-energy (WTE) facilities globally that produce electricity and steam for district heating and recovered metals for recycling. Since 1995, the global WTE industry increased by more than 16 million tonnes of MSW. Incineration, with energy recovery, is the most common waste-to-energy method employed worldwide. Over the last five years, waste incineration in Europe has generated between an average of 4% to 8% of their countries’ electricity and between an average of 10% to 15% of the continent’s domestic heat.

Currently, the European nations are recognized as global leaders of the SWM and WTE movement. They are followed behind by the Asia Pacific region and North America respectively. In 2007 there are more than 600 WTE plants in 35 different countries, including large countries such as China and small ones such as Bermuda. Some of the newest plants are located in Asia.

The United States processes 14 percent of its trash in WTE plants. Denmark, on the other hand, processes more than any other country – 54 percent of its waste materials. As at the end of 2008, Europe had more than 475 WTE plants across its regions – more than any other continent in the world – that processes an average of 59 million tonnes of waste per annum. In the same year, the European WTE industry as a whole had generated revenues of approximately US$4.5bn.

Legislative shifts by European governments have seen considerable progress made in the region’s WTE industry as well as in the implementation of advanced technology and innovative recycling solutions. The most important piece of WTE legislation pertaining to the region has been the European Union’s Landfill Directive, which was officially implemented in 2001 which has resulted in the planning and commissioning of an increasing number of WTE plants over the past five years.

The high rate of population growth, urbanization and economic expansion in the Middle East is not only accelerating consumption rates but also accelerating the generation of solid waste. Bahrain, Saudi Arabia, UAE, Qatar and Kuwait rank in the top-ten worldwide in terms of per capita waste generation. The gross urban waste generation quantity from Middle East countries is estimated at more than 150 million tons annually which could be better managed if waste-to-energy is incorporated in the solid waste management strategy in Middle Eastern countries.

Salman Zafar is the Founder of EcoMENA, and an international consultant, advisor, ecopreneur and journalist with expertise in waste management, waste-to-energy, renewable energy, environment protection and sustainable development. His geographical areas of focus include Middle East, Africa, Asia and Europe. Salman has successfully accomplished a wide range of projects in the areas of biomass energy, biogas, waste-to-energy, recycling and waste management. He has participated in numerous conferences and workshops as chairman, session chair, keynote speaker and panelist. Salman is the Editor-in-Chief of EcoMENA, and is a professional environmental writer with more than 300 popular articles to his credit. He is proactively engaged in creating mass awareness on renewable energy, waste management and environmental sustainability in different parts of the world. Salman Zafar can be reached at salman@ecomena.org or salman@bioenergyconsult.com
View all posts by Salman Zafar →
Tagged Asia, Energy, energy-from-waste, Europe, Market Trends, Middle East, MSW, msw to energy, Solid Waste Management, waste, Waste to Energy in Middle East, Waste to Energy Industry, Waste to Energy Market, Waste-to-energy. Bookmark the permalink.