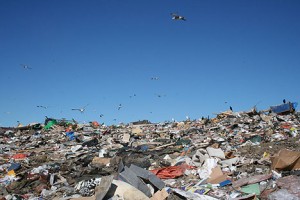 The high rate of population growth, urbanization and economic expansion in the Middle East is not only accelerating consumption rates but also increasing the generation rate of all sorts of waste. High-income Middle Eastern countries like Saudi Arabia, UAE, Qatar, Bahrain and Kuwait are counted as world’s largest waste producers in terms of per capita waste generation which is more than 2kg per day in some countries. The urban waste generation from the region has now crossed 150 million tons per year which has forced policy-makers and urban planners to look for sustainable waste management solutions, including recycling and waste-to-energy.

Anaerobic digestion is the most preferred option to extract energy from sewage, which leads to production of biogas and organic fertilizer. The sewage sludge that remains can be incinerated or gasified/pyrolyzed to produce more energy. In addition, sewage-to-energy processes also facilitate water recycling.

The world’s dependence on Middle East energy resources has caused the region to have some of the largest carbon footprints per capita worldwide. The GCC region is now gearing up to meet the challenge of global warming, as with the rapid growth of the waste management sector. During the last few years, UAE, Qatar and Saudi Arabia have unveiled multi-billion dollar investment plans to Improve waste management scenario. In particular, the establishment of Domestic Solid Waste Management Centre in Qatar has catalyzed public interest in deployment of waste-to-energy systems in the Middle East.

Salman Zafar is the Founder of EcoMENA, and an international consultant, advisor, ecopreneur and journalist with expertise in waste management, waste-to-energy, renewable energy, environment protection and sustainable development. His geographical areas of focus include Middle East, Africa, Asia and Europe. Salman has successfully accomplished a wide range of projects in the areas of biomass energy, biogas, waste-to-energy, recycling and waste management. He has participated in numerous conferences and workshops as chairman, session chair, keynote speaker and panelist. Salman is the Editor-in-Chief of EcoMENA, and is a professional environmental writer with more than 300 popular articles to his credit. He is proactively engaged in creating mass awareness on renewable energy, waste management and environmental sustainability in different parts of the world. Salman Zafar can be reached at salman@ecomena.org or salman@bioenergyconsult.com
View all posts by Salman Zafar →
Tagged Domestic Solid Waste Management Centre, Energy, garbage, GCC, Integrated Waste Management, MENA, Middle East, MSW, msw to energy, Qatar, Saudi Arabia, Solid Waste Management, waste, Waste Management, Waste Management in Middle East, Waste to Energy in GCC, Waste to Energy in MENA, Waste to Energy in Middle East, Waste-to-energy. Bookmark the permalink.

3 Responses to Waste-to-Energy Outlook for the Middle East