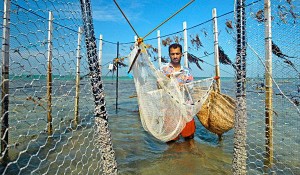 Bahrain is listed among the top ten countries that are likely to suffer from a water crisis in the next 25 years. The World Resources Institute (WRI) have estimated that 33 countries, half of which are in the Middle East, would suffer from a severe water crisis by 2040. According to the study that included 167 countries, the top ten countries that would face water crisis by 2040 are Bahrain, Kuwait, Palestine, Qatar, the United Arab Emirates, Saudi Arabia and Oman. The finding shows that the Middle East is already probably the least water-secure region in the world as it depends heavily on groundwater and desalinated sea water, and faces exceptional water-related challenges for the foreseeable future.

This warning comes in the wake when we are utilizing huge potable water quantities and misuse is increasing due to low cost and lack of awareness among the users in Gulf countries. This is a fact that spring waters and ground waters are fast being depleted and wells are drying up and cost of treating and conveying water is increasing. Due to the severe shortage in freshwater resources and despite the higher cost of the desalinated water, as compared to other conventional water resources, the GCC Countries have constructed a large number of desalination plants, since the early Seventies. These facilities were constructed to bridge the gap between fresh water availability and drinking water demands. These desalination facilities consume huge amounts of fossil energy mostly natural gas and fuel, and release enormous quantities of CO2, which has adverse environmental impacts that might lead to an increase in the average temperature and a decrease in the precipitation quantities.

We need to understand the technical, financial and environmental consequences of water wastages as seawater is to be desalinated, treated to potable water standard at a huge cost, transported and stored and when wasted in drains and sewerage system, cost a lot of finances going down the drain. The Government has taken cognizance of the situation based on which the Water Resources Council (WRC) was formed in 1982 which reflects the government’s efforts in the protection and development of water resources, as well as increasing community awareness of the optimal ways of using and exploiting it.

The main duties of the WRC are drawing up the country’s water policies; protecting and developing the country’s water resources and regulating and coordinating water utilization between competing sectors. As per the Edict 42/ 2015 issued by HRH the Premier, stipulates the re-formation of WRC under the Deputy Premier’s chairmanship and membership of Follow-up Minister as Deputy Chairman and ministers of Finance, Works, Municipalities Affairs and Urban Planning, Transportation and Telecommunications, Housing and Industry and Commerce as members for a four-year renewable term. The re-formation of the WRC is the result of the developments Bahrain has experienced in the field of water use for human, agricultural and industrial purposes, which have resulted from demographic variables and the expansion of the geographical area and rise in industrial development.

While the Bahrain Government is continuing its effort in providing potable water to all its residents, we need to understand and participate in water conservation to avoid any future water crises. Let us at minimum adopt these basic steps:

4 Responses to Water Scarcity in Bahrain