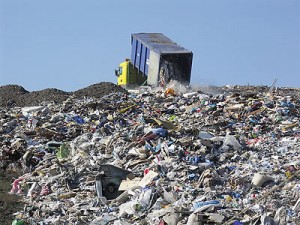 Energy is the driving force for development in all countries of the world. The increasing clamor for energy and satisfying it with a combination of conventional and renewable resources is a big challenge. Accompanying energy problems in different parts of the world, another problem that is assuming critical proportions is that of urban waste accumulation.

The quantity of waste produced all over the world amounted to more than 12 billion tons in 2006, which increased to 13 billion tons in 2011. The rapid increase in population coupled with changing lifestyle and consumption patterns is expected to result in an exponential increase in waste generation of upto 18 billion tons by the year 2020.

Waste generation rates are affected by socio-economic development, degree of industrialization, and climate. Generally, the greater the economic prosperity and the higher percentage of urban population, the greater the amount of solid waste produced.

GCC countries are well-known for being the world’s top-ranked per capita waste generators. Reduction in the volume and mass of solid waste is a crucial issue especially in the light of limited availability of final disposal sites in the MENA countries. Millions of tons of waste are generated each year in the Middle East with the vast majority disposed of in open fields or burnt wantonly.

What is Waste to Energy 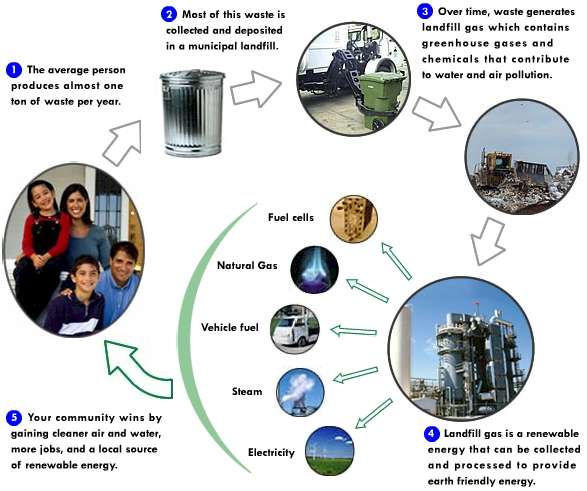 The three principal methods of thermochemical conversion corresponding to each of these energy carriers are combustion in excess air, gasification in reduced air, and pyrolysis in the absence of air. The most common technique for producing both heat and electrical energy from wastes is direct combustion. Combined heat and power (CHP) or cogeneration systems, ranging from small-scale technology to large grid-connected facilities, provide significantly higher efficiencies than systems that only generate electricity.

Biochemical processes, like anaerobic digestion, can also produce clean energy in the form of biogas which can be converted to power and heat using a gas engine. In addition, wastes can also yield liquid fuels, such as cellulosic ethanol, which can be used to replace petroleum-based fuels. Cellulosic ethanol can be produced from grasses, wood chips and agricultural residues by biochemical route using heat, pressure, chemicals and enzymes to unlock the sugars in biomass wastes.

Waste-to-energy systems offer two important benefits of environmentally safe waste management and disposal, as well as the generation of clean electric power in the Middle East. Waste-to-energy is not only a solution to reduce the volume of waste that is and provide a supplemental energy source, but also yields a number of social benefits that cannot easily be quantified. The use of waste-to-energy as a method to dispose of solid and liquid wastes and generate power can significantly reduce environmental impacts of municipal solid waste management in the Middle East.

Salman Zafar is the Founder of EcoMENA, and an international consultant, advisor, ecopreneur and journalist with expertise in waste management, waste-to-energy, renewable energy, environment protection and sustainable development. His geographical areas of focus include Middle East, Africa, Asia and Europe. Salman has successfully accomplished a wide range of projects in the areas of biomass energy, biogas, waste-to-energy, recycling and waste management. He has participated in numerous conferences and workshops as chairman, session chair, keynote speaker and panelist. Salman is the Editor-in-Chief of EcoMENA, and is a professional environmental writer with more than 300 popular articles to his credit. He is proactively engaged in creating mass awareness on renewable energy, waste management and environmental sustainability in different parts of the world. Salman Zafar can be reached at salman@ecomena.org or salman@bioenergyconsult.com
View all posts by Salman Zafar →
Tagged EfW, Energy, energy-from-waste, Introduction to Waste to Energy, MENA, Middle East, msw to energy, Solid Waste Management, waste, Waste Management Methods, Waste to Energy Process, Waste-to-energy, What is Waste to Energy, WTE. Bookmark the permalink.

One Response to What is Waste-to-Energy