Qatar’s solar energy future is steadily developing. With average daily sunshine of around 9.5 hours, low-cloud cover conditions and plentiful space, there is great scope for small, medium as well as large-scale solar power projects in the country. Qatar’s global horizontal irradiance is 2,140 kWh per m2 per year which makes it well-suited for solar photovoltaic (PV) systems.

The country is geographically well-positioned to tap its tremendous solar energy potential and has set an ambitious target of 2 percent renewable energy contribution in the national energy mix by 2022. Solar energy has multiple advantages for Qatar in the form of energy security, improved air quality, reduced GHG emissions, employment opportunities, apart from augmenting water and food security. 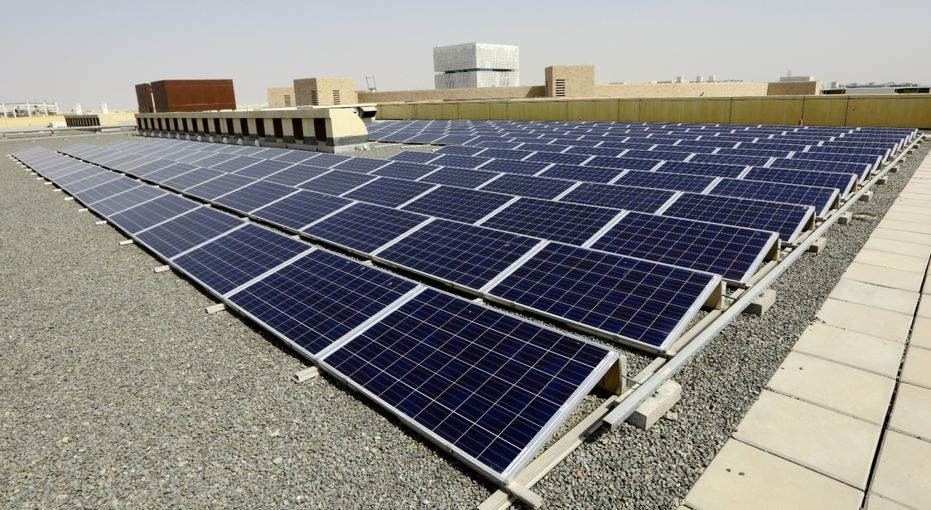 In addition to solar PV, Qatar has very good potential for concentrated solar power (CSP) as its direct normal irradiance (DNI) value is around 2,008 kWh per m2 per year which is above the minimum threshold of 1,800 kWh per m2 per year. Qatar’s concentrated solar power potential can be effectively utilized in seawater desalination processes as well as large-scale power generation.

CSP offers an attractive option to power industrial-scale desalination plants that require both high temperature fluids and electricity. CSP can provide stable energy supply for continuous operation of desalination plants, based on thermal or membrane processes, in Qatar. Leading CSP technology companies are taking a keen interest in Qatar solar market and rapid developments are expected in the coming years.

Qatar’s foray in solar sector has been boosted by its emergence as regional R&D hub and ongoing transformation into a knowledge-based economy. Currently, efforts have focused on developing solar capacity in the country through research centers, universities, utilities and pilot projects, and a number of institutions including Kahramaa, Qatar Foundation, QNFSP and QSTP are actively working on this front. Infact, the number of institutions and companies in Qatar’s solar sector has rapidly multiplied in recent years.

The state electricity and water utility Kahramaa is spearheading efforts to transform Qatar into a regional solar hub. Kahramaa’s first solar power facility, to be setup in Duhail over 100,000 m2 area, is expected to be operational by 2016 with a generation capacity of 15MW. Kahramaa has targeted a generation capacity of 200MW solar power at 60 sites across the country by 2020.

To make up for Qatar’s space constraints, the company plans to install solar panels on redundant surfaces such as roofs of power stations and water reservoirs, thereby utilizing existing power transmission lines which will substantially reduced construction costs.

Qatar Foundation has the largest pipeline of PV installations in the country and is producing around 85 percent of Qatar’s total solar energy. It recently announced the launch of one of the Gulf region’s first Energy Monitoring Centre (EMC) to manage its smart grid and monitor solar power generation across all sites within Education City. The EMC is part of the recently completed Solar Smart-Grid Project that added a total of 1.68MW of new solar photovoltaic (PV) systems at various facilities within the QF campus. The project is also the first commercial PV project in Qatar to be granted approval for grid connection from Kahramaa.

QNCC was the first LEED certified project in Qatar and remains its largest rooftop solar system installed to date. QSTech, a polysilicon plant owned by Qatar Foundation and SolarWorld, is nearing completion and will produce 8,000 tonnes per annum of high grade polysilicon for export to the world’s solar energy markets. QSTec is also constructing a 150 MW Solar Module manufacturing facility and a 1.4MW solar farm at Ras Laffan.

Qatar National Food Security Programme (QNFSP) has placed a strong emphasis on solar power as part of its master plan to devise a holistic solution to food security. QNFSP’s efforts are motivated by the objectives of Qatar’s National Vision 2030, which aims to reduce reliance on fossil fuels, in addition to achieving environmental sustainability. Desalination powered by solar energy will not only ensure affordable, sustainable and secure freshwater supply but will also help increase the capacity for farming.

The performance of photovoltaic systems is affected by local geographical and climatic challenges, including high temperature, humidity and soiling. Qatar Science & Technology Park and Chevron have established a test facility at QSTP which will evaluate ten to twenty different solar technologies, both photovoltaic and thermal. It is part of Chevron’s $20 million Center for Sustainable Energy Efficiency at QSTP, which will also evaluate solar air conditioning and low-energy lighting technologies. The aim is to provide local organisations with reliable data that will help them conduct solar feasibility studies, compare different technologies, and select the right products.

Salman Zafar is the Founder of EcoMENA, and an international consultant, advisor, ecopreneur and journalist with expertise in waste management, waste-to-energy, renewable energy, environment protection and sustainable development. His geographical areas of focus include Middle East, Africa, Asia and Europe. Salman has successfully accomplished a wide range of projects in the areas of biomass energy, biogas, waste-to-energy, recycling and waste management. He has participated in numerous conferences and workshops as chairman, session chair, keynote speaker and panelist. Salman is the Editor-in-Chief of EcoMENA, and is a professional environmental writer with more than 300 popular articles to his credit. He is proactively engaged in creating mass awareness on renewable energy, waste management and environmental sustainability in different parts of the world. Salman Zafar can be reached at salman@ecomena.org or salman@bioenergyconsult.com
View all posts by Salman Zafar →
Tagged Concentrated Solar Power, CSP, Desalination, Education City, Kahramaa, Photovoltaic, PV, Qatar, Qatar Foundation, QNCC, QNFSP, QSTP, Renewable Energy, Reservoir, Smart Grid, Solar Energy, Solar Energy in Qatar, Solar Power, Water Reservoirs. Bookmark the permalink.

4 Responses to Solar Energy in Qatar