Carbon Market in the Middle East 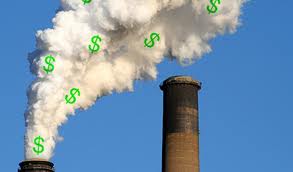 The Middle East and North Africa region is highly susceptible to climate change, on account of its water scarcity, high dependence on climate-sensitive agriculture, concentration of population and economic activity in urban coastal zones, and the presence of conflict-affected areas. Moreover, the region is one of the biggest contributors to greenhouse gas emissions on account of its thriving oil and gas industry.
The world’s dependence on Middle East energy resources has caused the region to have some of the largest carbon footprints per capita worldwide. Not surprisingly, the carbon emissions from UAE are approximately 55 tons per capita, which is more than double the US per capita footprint of 22 tons per year. The MENA region is now gearing up to meet the challenge of global warming, as with the rapid growth of the carbon market. During the last few years, many MENA countries, like UAE, Qatar, Egypt and Saudi Arabia have unveiled multi-billion dollar investment plans in the cleantech sector to portray a ‘green’ image.
There is an urgent need to foster sustainable energy systems, diversify energy sources, and implement energy efficiency measures. The clean development mechanism (CDM), under the Kyoto Protocol, is one of the most important tools to support renewable energy and energy efficiency initiatives in the MENA countries. Some MENA countries have already launched ambitious sustainable energy programs while others are beginning to recognize the need to adopt improved standards of energy efficiency.
Among regional countries, the United Arab Emirates has launched several ambitious governmental initiatives aimed at reducing emissions by approximately 40 percent. Masdar, a $15 billion future energy company, will leverage the funds to produce a clean energy portfolio, which will then invest in clean energy technology across the Middle East and North African region. Egypt is the regional CDM leader with twelve projects in the UNFCCC pipeline and many more in the conceptualization phase.
CDM Prospects in MENA
The MENA region is an attractive CDM destination as it is rich in renewable energy resources and has a robust oil and gas industry. Surprisingly, very few CDM projects are taking place in MENA countries with only 23 CDM projects have been registered to date. The region accounts for only 1.5 percent of global CDM projects and only two percent of emission reduction credits.
The two main challenges facing many of these projects are: weak capacity in most MENA countries for identifying, developing and implementing carbon finance projects and securing underlying finance. Currently, there are several CDM projects in progress in Egypt, Jordan, Qatar, Morocco, UAE and Tunisia. Many companies and consulting firms have begun to explore this now fast-developing field.
The Al-Shaheen project is the first of its kind in the region and third CDM project in the petroleum industry worldwide. The Al-Shaheen oilfield has flared the associated gas since the oilfield began operations in 1994. The project activity is expected to reduce GHGs emissions by approximately 2.5 million tCO2 per year and approximately 17 million tCO2 during the initial seven-year crediting period.
Conclusions
Potential CDM projects that can be implemented in the region may come from varied areas like sustainable energy, energy efficiency, waste management, landfill gas capture, industrial processes, biogas technology and carbon flaring. For example, the energy efficiency CDM projects in the oil and gas industry, can save millions of dollars and reduce tons of CO2 emissions. In addition, renewable energy, particularly solar and wind, holds great potential for the region, similar to biomass in Asia.

Salman Zafar is the Founder of EcoMENA, and an international consultant, advisor, ecopreneur and journalist with expertise in waste management, waste-to-energy, renewable energy, environment protection and sustainable development. His geographical areas of focus include Middle East, Africa, Asia and Europe. Salman has successfully accomplished a wide range of projects in the areas of biomass energy, biogas, waste-to-energy, recycling and waste management. He has participated in numerous conferences and workshops as chairman, session chair, keynote speaker and panelist. Salman is the Editor-in-Chief of EcoMENA, and is a professional environmental writer with more than 300 popular articles to his credit. He is proactively engaged in creating mass awareness on renewable energy, waste management and environmental sustainability in different parts of the world. Salman Zafar can be reached at salman@ecomena.org or salman@bioenergyconsult.com
View all posts by Salman Zafar →
Tagged Al Shaheen, Carbon footprint, Carbon Market, Carbon Market in Middle East, CDM, CDM Prospects in MENA, Egypt, Energy, environment, GCC, GHG emissions, Kyoto Protocol, MENA, Middle East, Middle East and North Africa, Petroleum Industry, Qatar, Renewable Energy, UAE. Bookmark the permalink.

3 Responses to Carbon Market in the Middle East