District Cooling in the Middle East: Potential and Challenges

District cooling produces chilled water in a centralized location for distribution to buildings like offices and factories through a network of insulated underground pipes. The chilled water travels to different buildings, where the water circulates through refrigeration coils or uses absorption technology to enter the air-conditioning system. During winter, the source for the cooling can often be seawater, so it is a cheaper resource than using electricity to run compressors for cooling. 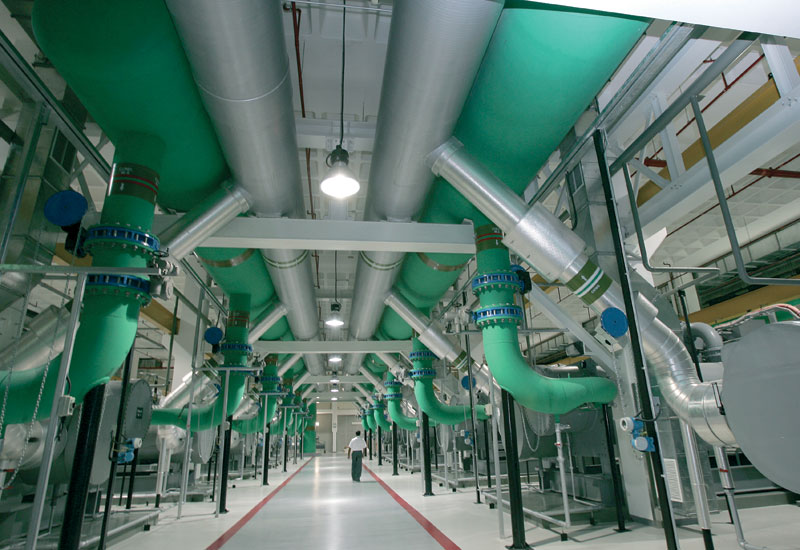 What is District Cooling

District cooling provides effective control over internal temperature of a building, requires less maintenance than a standalone air-conditioning system, consumes lesser space and reduces noise pollution. The effect of district cooling systems on the environment is minimal because of the reduction in carbon dioxide emissions, use of eco-friendly refrigerants and implementation of rigorous health and safety standards.

The Helsinki district cooling system in Finland uses waste heat from CHP generation units to run absorption refrigerators for cooling during summer time, greatly reducing electricity usage. In winter time, cooling is achieved more directly using seawater. The adoption of district cooling is estimated to reduce the consumption of electricity for cooling purposes by as much as 90 percent. The idea is now being adopted in other Finnish cities.

There is tremendous potential for the utilization of district cooling systems in the Middle East. The constant year-round heat coupled with expensive glass exteriors for hotel, airports and offices etc result in very high indoor temperatures. The combination of distributed generation of power and utilization of waste heat can provide a sustainable solution to meet the high demand for refrigeration in the region. District cooling systems can provide cooling solutions to commercial buildings, hotels, apartment blocks, shopping malls etc. 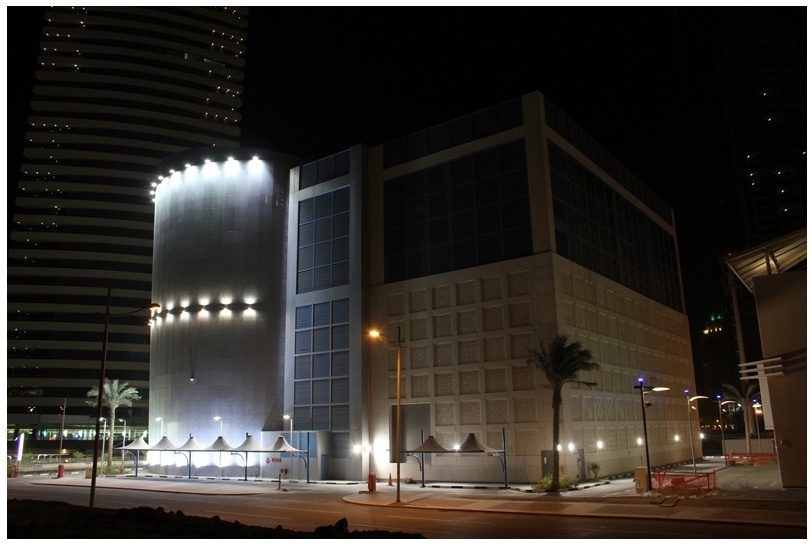 Despite paramount importance of air conditioning in Middle East countries, regional governments have failed to incorporate it in policy and planning which has lead to the evolution of an unregulated market for cooling systems.  Most of the cooling methods employed nowadays are based on traditional window units or central air cooling systems where consume copious amount of power and also damage the environment.

2 Responses to District Cooling in the Middle East: Potential and Challenges