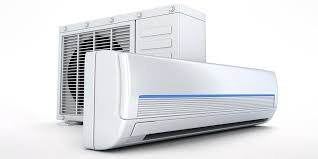 Air conditioners are complex machines that are made up of many different parts which work in several ways. CFCs and HFCs are both cooling agents that are in the air conditioners which, when released, increases the holes in the ozone over time.

Older air conditioners rely on CFC and HFC and contribute to global warming in a major way. Even newer models, which rely more on HFCs and HFOs play a large role in ozone depletion.

Air conditioners require lots of energy to function properly. It consumes so much electricity and therefore releases pollution. When fossil fuel is burned, carbon dioxide is also released into the air, more commonly known as a greenhouse gas, which is a major contribution to ozone depletion.

The average and typical air conditioner will consume about 3000 to 5000 watts of electricity every hour, depending on the season – the warmer, the more power used. This is clearly very harmful to the environment, as well as extremely expensive.

It is important to note that air conditioners do not only affect the environment in a global way, it also affects it on a small scale as well. The ducts in each air conditioner, over time, collect dust and bacteria and every time the air conditioner is turned on, both are released, and are toxic for humans, especially children.

In the past air conditioners were mainly made out of metals. Though over the years, people decided that metal is too expensive and too heavy, so they opted for plastic. Although metal and plastic are both harmful to the environment, plastic is completely non-biodegradable, which makes it an enemy of the environment. The production of plastic alone is extremely detrimental, as it too releases carbon dioxide into the air and causes what we now know as the greenhouse effect.

It is important to note that air conditioners can sometimes be vital for mere survival. There are places, due to global warming, that are extremely warm and need the presence of coolant. Though this turn into a cycle since ACs contribute to global warming, we undoubtedly still need them in order to survive the rising temperatures, whether it’s at home or in our working spaces.

However, all is not lost as we still have the option of going with more eco-friendly air conditioners can be both beneficial for your health as well as the world’s health, and as technology advances, so do the efforts to make them less harmful to our environment.

Salman Zafar is the Founder of EcoMENA, and an international consultant, advisor, ecopreneur and journalist with expertise in waste management, waste-to-energy, renewable energy, environment protection and sustainable development. His geographical areas of focus include Middle East, Africa, Asia and Europe. Salman has successfully accomplished a wide range of projects in the areas of biomass energy, biogas, waste-to-energy, recycling and waste management. He has participated in numerous conferences and workshops as chairman, session chair, keynote speaker and panelist. Salman is the Editor-in-Chief of EcoMENA, and is a professional environmental writer with more than 300 popular articles to his credit. He is proactively engaged in creating mass awareness on renewable energy, waste management and environmental sustainability in different parts of the world. Salman Zafar can be reached at salman@ecomena.org or salman@bioenergyconsult.com
View all posts by Salman Zafar →
Tagged ACs, Bacteria, Carbon Dioxide, CFCs, Ductless ACs, Dust, Eco-friendly Air Conditioners, Environmental Impacts of Air Conditioners, Global Warming, HFCs, Negative Impacts of ACs, Ozone Depletion, Plastic. Bookmark the permalink.