The Rapid Degradation of Wadi Gaza

In recent years, environmental crisis has worsened in the Palestine, Gaza Strip in particular, with solid waste, sewage and air pollution being the major issues. The key reason for environmental degradation in the Gaza Strip has been the difficult economic situation and an unending Israeli blockade. Wadi Gaza (or the Gaza Valley) which is located in the middle of Gaza Strip has been transformed from being the most substantial natural ecosystems in Palestine to the most deteriorated regions.

Wadi Gaza can be described as one of the largest natural wetlands in Palestine with a length of 105 km. This area has been represented as a natural habitat, encompassing a wide variety of fauna and flora species. Such eco-region is aiming at preserving the wetland ecosystem as well as minimizing the deterioration of its natural resources. 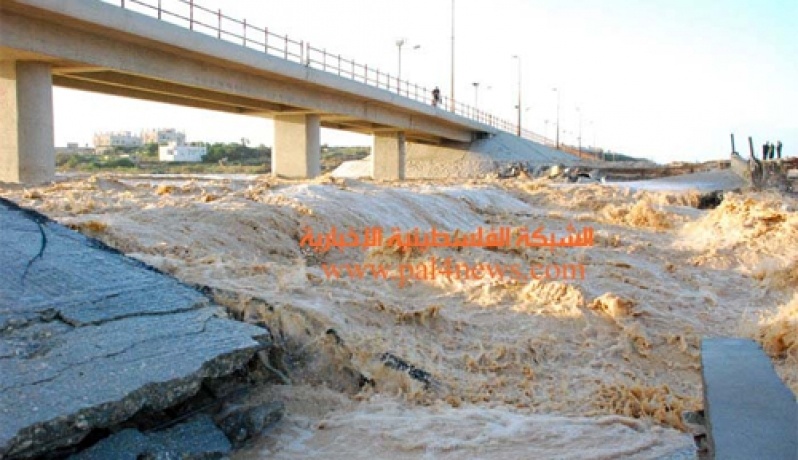 Due to its significance as a natural region, Wadi Gaza was declared as a natural reserve in June 2000. However, Wadi Gaza and its wetland ecosystem are degrading at an alarming pace with each passing day with major threats posed by the discharge of large amounts of wastewater and municipal solid waste along its bed.

Wastewater comes as an effluent from two sources around Wadi Gaza; wastewater treatment plants and sewer systems. When those two effluents combine, they form a river of wastewater, more than 5 km long, before its discharge into the Mediterranean Sea. Besides wastewater, Wadi Gaza is being used as a landfill for disposing huge amounts of solid waste and construction debris. The leachate generated from accumulated solid wastes has high contaminant concentrations which makes the situation more dangerous.

The worsening pollution in Wadi Gaza is having devastating impacts on the ecology, wildlife as well as the public health of the communities around the valley. The widespread use of pesticides, due to increase in agriculture in Wadi Gaza, is posing serious threats to wildlife and biodiversity. Poaching activities are also affecting many species, causing them to become extinct 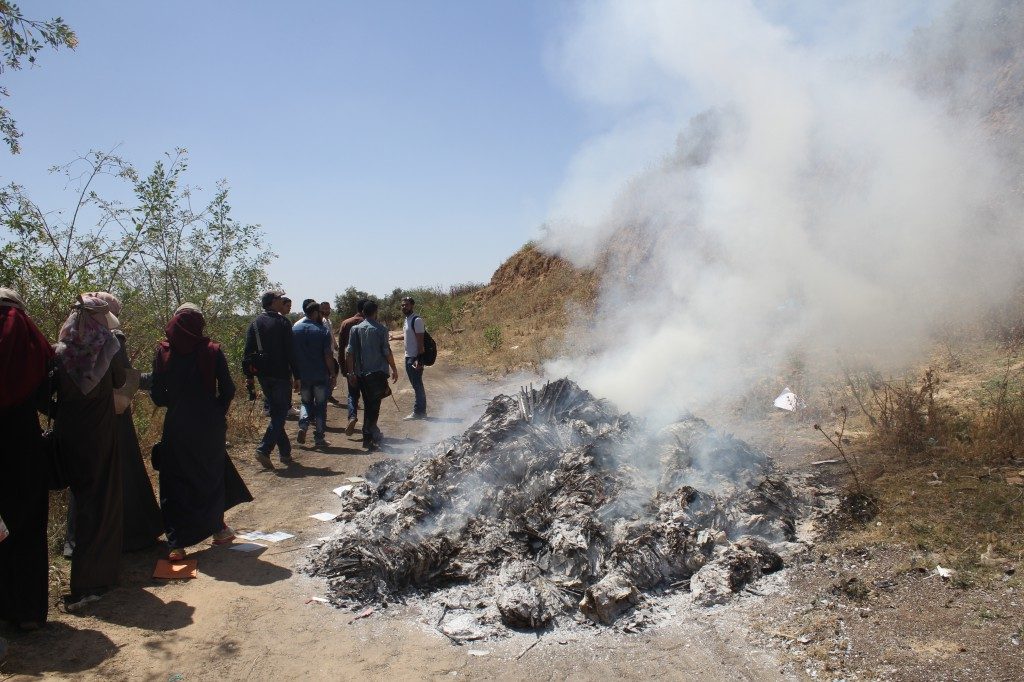 In terms of potential solutions, governments and many organizations have tried to solve the problems as much as possible or at least alleviate the effects. Despite the delay of its establishment due to the political and economic situation in Gaza Strip, interim central wastewater treatment plant can be considered as one of the most efficient solutions to Wadi Gaza and Gaza city as it aims at improving the environmental situation.

Moreover, the importance of this project lies on restoring the stream of the Gaza Valley to its normal nature reserve to receive rainwater only as well as reducing the pollution of seawater. The project also includes planting the area which is surrounded by the plant and setting-up an irrigation network in order to maintain Wadi Gaza as a natural reserve. However, the plant is facing serious issues in its operation, such as the shortage of electricity and diesel due to decade-long Israeli blockade of Gaza strip.

Environmental awareness can be an important tool in protecting ecological havens like Wadi Gaza. Environmental awareness is an effective educational method which may help Palestinians to realize the importance of conservation of Wadi Gaza as well as teaching them various techniques to understand the consequences of activities which can affect adversely to the valley.

One of these programs which relied on that concept is to research the history of Wadi Gaza to connect the outcome with the environmental strategies of the valley from different perspectives. This program has stimulated more interest among Palestinian people to enhance ecotourism as well as demonstrate the significance of Wadi Gaza through using public awareness techniques.

A good example is conducting youth tracks for the first time in Gaza Strip, Wadi Gaza in particular, under the umbrella of the Palestinian Sport and the Environment Committee and Palestine Wildlife Society – Beit Sahour (West Bank), by the Arab Youth Climate Movement “AYCM” – Gaza, Palestine, which is a part of the Arab Youth Climate Movement (AYCM). Such bodies aim to create a generation of educated youth who can recognize and deal with threats from climate changes which threatening nature. 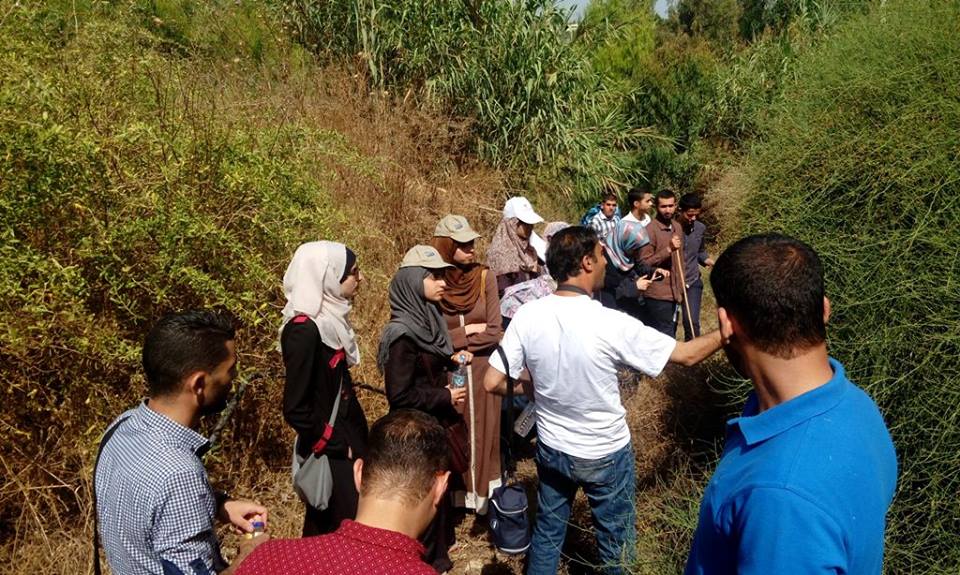 Wadi Gaza, one of the most significant nature reserves in Palestine, is witnessing rapid degradation due to anthropogenic activities including but not limited to discharge of municipal sewage, dumping of solid wastes, rampant use of pesticides and illegal poaching. Although many projects have been initiated to safeguard Wadi Gaza, some have not worked appropriately, the others have been closed for one reason or the other.

Consequently, urgent steps by responsible parties are needed to protect the reserve in a sustainable way. Effective environmental laws and legislation should be imposed to protect Wadi Gaza and other natural habitats in the Palestine. Last but not the least, Palestinians must be directly involved in Wadi Gaza conservation initiatives in order the handle the prevalent issues holistically.

Baraa Hashem is an Environmental Engineer with core areas of expertise being sustainable waste management and climate change adaptation. She is currently pursuing her MS degree in Environmental Sciences from Macquarie University, Australia. Baraa is an active member at the Arab Youth Climate Movement “AYCM” - Palestine, which works to create a generation-wide movement across the MENA to solve the climate crisis. She is also a volunteer at “Zero Waste MENA”, which is a new initiative driven by environmentalists to promote sustainable practices to create zero waste communities in the MENA. Baraa believes that each of us has a role to play in saving our earth and in turn protecting humanity
View all posts by Baraa Hashem →
Tagged AYCM, Environmental Awareness, Gaza, Gaza Valley, Palestine, Pesticides, Poaching, Pollution, sewage, Wadi Gaza, Wastewater. Bookmark the permalink.