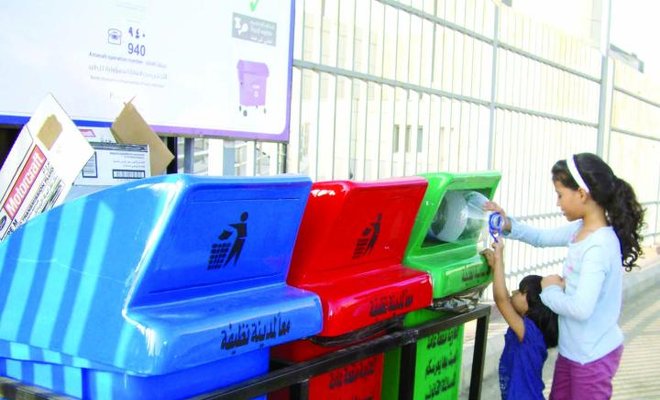 According to Arab League, recycling industry in Saudi Arabia can save over 500 million SR just from iron, paper and plastic waste. The distribution of recycling companies is manly in big cities which make sense for the huge expected amount of waste products. There are several recycling companies operating in the big cities such as Riyadh, Jeddah and Dammam.

The new orientation of Saudi Arabia as a country is toward the global investment as per Vision 2030 released by Chairman of the Council of Economic and Development Affairs Mohammad bin Salman bin Abdulaziz Al-Saud.  The envisioned industrial growth of Saudi Arabia emphasizes the need to adopt modern recycling practices and encourage recycling attitude in public.

The government did its part by encouraging recycling industry and while I was searching I noticed that there are many recycling companies in the Kingdom.  The question is not why the recycling attitude is not active or obvious, rather than how to make it a daily habit? At the beginning, I did a personal interview with few people in their 50-60 years old about recycling and why they should do it? The answers were disappointing because of lack of knowledge and awareness. Then I thought to switch to the young generation who are more educated and knowledgeable.

I did a short survey to get a sense of young generation recycling attitude in Saudi Arabia. The survey was addressed to the University students in the age group of 18-24 years. I asked about several issues and whether if they agree with the recycling act or not? And if there are recycling services nearby where they live? The survey showed that majority of people acknowledged the importance of recycling act and would like to contribute. 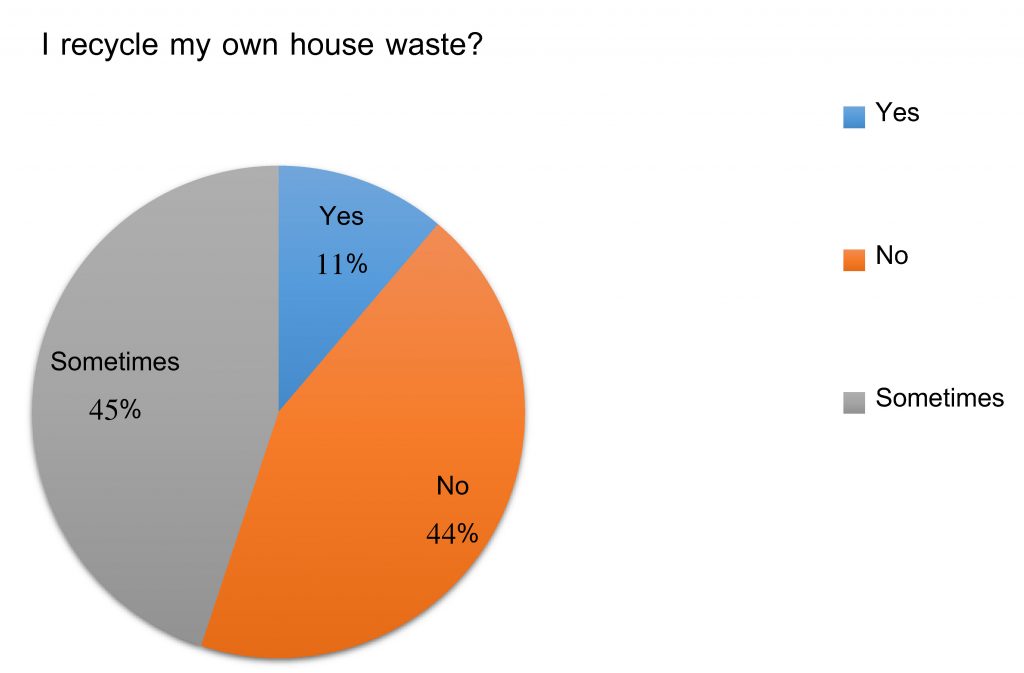 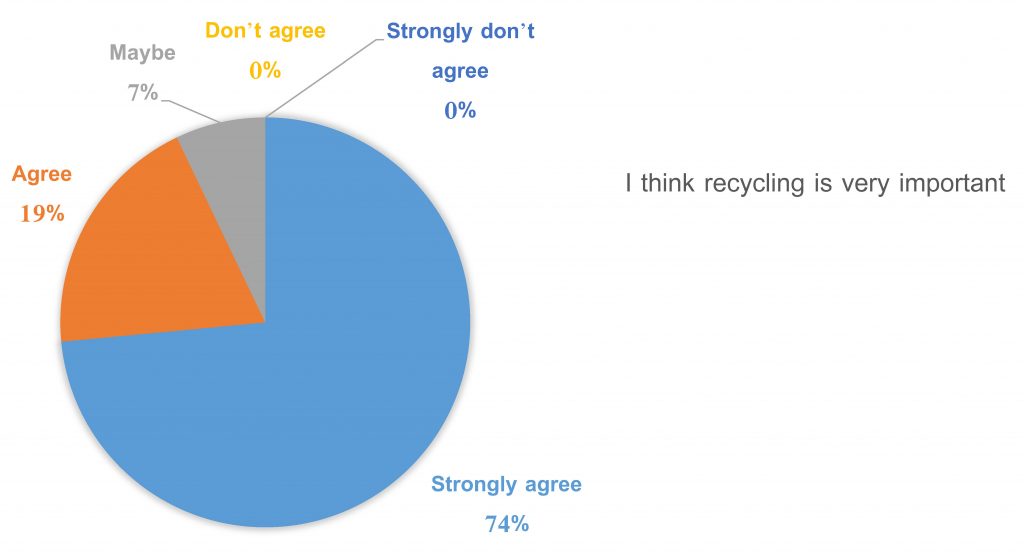 It seems that majority of the young generation in Saudi Arabia accept the fact that recycling is a healthy choice and important to the environment but lack the facilities or containers other than embedding the attitude of recycling in their daily behavior. The need to embed the healthy recycling behavior is very important especially in this era of economic challenge. To enhance the recycling act, we should start from school to implant recycling importance in education.

Although decision makers are predominantly from the older generation but discussing the present and future issues should be always directed to the young generation since they represent majority of the population in Saudi Arabia. As per latest data, the population of Saudi Arabia is 32,384,951, with median age of 28 years old and 15 person per km2 population density. The urban population represents 78% of Saudis with 1.5 percent growth rate. 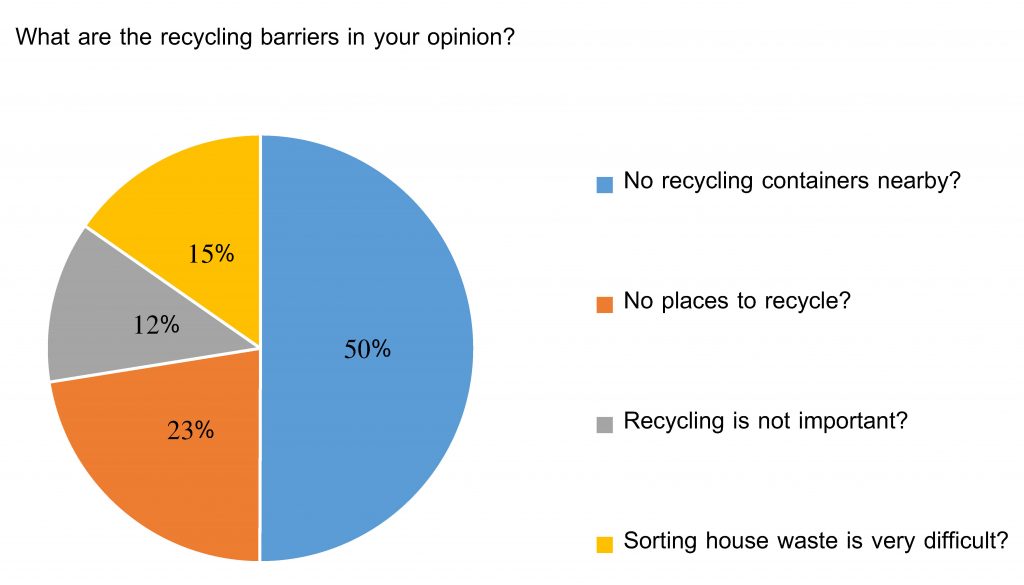 The global issues associated with unbalanced environment should be more clear to the public. The global warming, the plastic virtual life, how many years until all these products degraded and do not affect the microflora and other creatures. The importance of biodiversity in creatures and soil, air, water microorganisms. Why we should care when we through stuff without sorting? Why recycling is a sign of good manners? All these questions and more should be answered and included in education.

The other major step is to establish environmental center under the government supervision to provide containers and production lines. The step of environmental care center establishment should be accompanied with recycling industry business broadcasted on all sort of media. Social media such as Snapchat, Twitter, Facebook and Instagram became the broadcasting tool for the young generation.

Using the media nowadays is necessity as a part of transparency. Applying transparency is an essential key to gain people trust and attention to their contribution toward any case. Making recycling attitude as an obvious contribution of people encourages them to continue the healthy act.

2 Responses to Recycling Attitudes in Saudi Arabia: A Survey