The Environmental Impact of Guitars

Since the guitar was invented in the 16th Century, Spain, it has been enjoyed by people all around the globe – with an estimate of at least 900 million guitars existing today. Although, many musicians do worry about the carbon footprint that their instruments leave behind.

Guitars are made from rare woods and old growths. Over the years the manufacturing industry has had its fair share of issues, from illegal logging, scarcity in souring, and environmental regulations.

In this article, we are going to be speaking in more detail about the impact guitars have on the environment. 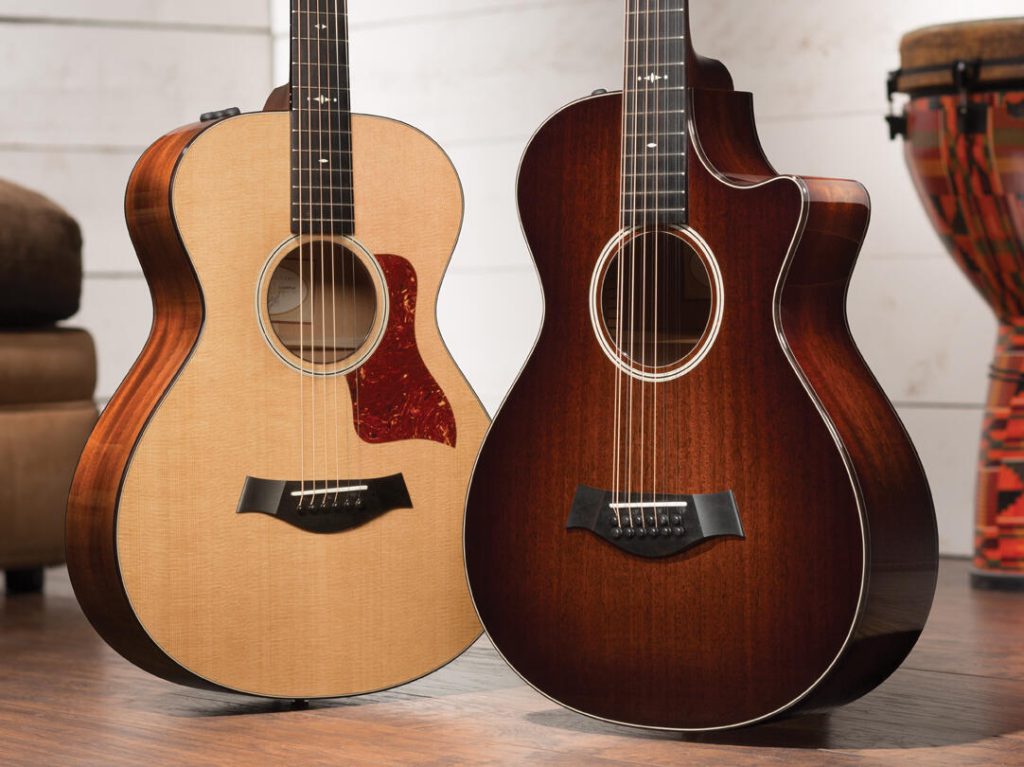 Do guitar factories produce a lot of emissions?

Globally, factories produce over 10 billion tons of CO2 each year and account for around 50% of the world’s pollution. While the guitar manufacturing companies only play a small role in these figures, they do of course play a role.

Nonetheless, as we become more environmentally aware, many guitar companies have taken action to equalize their carbon footprint. A prime example is the Music Wood Coalition, a Greenpeace initiative in the US that focuses on moving alternative certified wood sources, and filter out old growths and the deforesting of tropical woodlands. They have worked with huge brands such as Fender, Gibson, and Yamaha, aiming to use 80% alternative wood.

As for electric guitars, brands including Simon Lee have evolved into using recycled material such as CDs, or even old yogurt pots to create fusion into a dynamic polymer. So, whilst there are things we can do to prevent factory emissions, the main problem guitars pose to the environment is their use of rare wood and their participation in deforestation.

What guitar woods are endangered?

Deforestation amounts to ⅕ of the world’s greenhouse gas emissions. Whilst many companies are planting new trees per product sale, the planting rate is still too slow. As stated above, guitars are generally made from rare woods such as ebony or alder, and around 40% of this is sourced illegally. The problem for major tonewoods is the decreasing availability of the highest quality specimen, which generally means the oldest.

Mahogany as a whole is not yet endangered, but when you look at the age of the trees, there has been a great effect. As the old growths have been preferably harvested, we are left with smaller and younger mahogany, which guitar builders regard with lesser worth. The specific Cuban mahogany, on the other hand, is officially endangered.

Other woods to join the endangered list include; Spanish cedar, Madagascar ebony, Brazilian rosewood, and Japanese oak. Some of the vulnerable woods include okoume, utile, Honduran mahogany, and walnut.

Where do guitar companies get their wood?

The actual wood can be sourced from several other countries. Popular areas include Honduras, Belize, and India, then it is imported around the world. However, with the search to find more alternative wood, this has been changing in recent years. Nowadays, most guitars are made from spruce, which is not yet endangered. This is native to the Western states of North American, from Alaska to California. In addition, guitar makers have moved to using Jatoba as the fretboard wood of choice as other varieties have become less available.

The main environmental impact of guitars is the use of rare or old-growth woods. Guitar makers can be extremely fussy about the type of wood they use as it has a direct impact on the sound of the guitar. Nonetheless, with modern technology and knowledge, companies are coming up with ways to make eco guitars which are more environmentally friendly.

The plus side to guitars is that they generally have a long life span, and realistically, there is no need to replace your current guitar very often. A well-looked-after guitar can last up to 30 years, depending on quality. This should mean that the manufacturing demand can remain at a manageable rate.

Salman Zafar is the Founder of EcoMENA, and an international consultant, advisor, ecopreneur and journalist with expertise in waste management, waste-to-energy, renewable energy, environment protection and sustainable development. His geographical areas of focus include Middle East, Africa, Asia and Europe. Salman has successfully accomplished a wide range of projects in the areas of biomass energy, biogas, waste-to-energy, recycling and waste management. He has participated in numerous conferences and workshops as chairman, session chair, keynote speaker and panelist. Salman is the Editor-in-Chief of EcoMENA, and is a professional environmental writer with more than 300 popular articles to his credit. He is proactively engaged in creating mass awareness on renewable energy, waste management and environmental sustainability in different parts of the world. Salman Zafar can be reached at salman@ecomena.org or salman@bioenergyconsult.com
View all posts by Salman Zafar →
Tagged Carbon footprint, Deforestation, eco guitars, environmental impact of guitars, guitar manufacturing, guitar sustainability, guitar woods, rare wood, types of wood used for guitars. Bookmark the permalink.