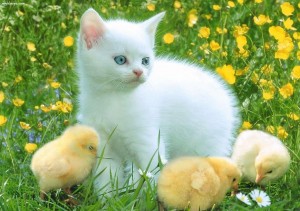 During the last few decades, agriculture and animal-rearing has become commercialized and industrialised. The breeding and slaughtering of farm animals in Muslim countries has become an unethical money-making business. In addition, the halal label  has lost its real meaning due to focus on maximum productivity and minimal compassion towards animals. The consumption of meat products  has increased manifolds in recent years which has led to significant increase in public health issues. Moreover, it is having harmful effects on the environment and on animal health as well.

Animals and the Holy Quran

Long before the emergence of the animal rights movement, Islam asked human beings to treat animals with kindness and respect. Allah’s mercy reaches all His creations including human beings. In the Holy Quran, Allah mentions the purpose behind the existence of those creatures. He insists on the protection of animal welfare and explicitly prohibits all kind of cruelty towards them. Only under strict conditions God allows us to consume animal meat.

The Holy Quran inform us about animal communities, which are similar to ours. This can only draw us to compassion towards them.

There is not a moving (living) creature on earth, nor a bird that flies with its two wings, but are communities like you. We have neglected nothing in the Book, then unto their Lord they all shall be gathered (Quran 6:38)

In this verse Allah, the Almighty, explains us that animals are members of different communities, like we are. An animal is a son, a brother and or a father of his or her fellow creature. This verse invites us to respect animals the same way we respect human beings.

Allah clarify us about the purpose of the existence of His creations:

And Verily! In the cattle there is indeed a lesson for you. We give you to drink (milk) of that which is in their bellies. And there are, in them, numerous (other) benefits for you (meat, wool, furr, transport), and of them you eat. And on them, and on ships you are carried. (Quran 23:21-22)

And the cattle, He has created them for you; in them there is warmth (warm clothing), and numerous benefits (drink, meat) , and of them you eat. (Quran 16:5)

These verses clearly demonstrates that animals have been created for human benefits. We can have animals at our disposal for our subsistence, for our clothing and also for travelling. That is why we have to thank God for all these bounties.

Also, the consumption of animal flesh is only allowed if the soul of the animal has left the body with the utmost respect.

According to Aisha bint Abu Bakr, our beloved Prophet Muhammad (peace be upon him), was like a walking Quran on earth. He has shown us the Path by giving us the exemple of mercy and compassion towards animals.

Prophet Muhammad (peace be upon him) has mentioned: “Allah is gracious and He likes meekness in all things.” Therefor Allah recommends us to be meek with all creatures: human beings, animals and also with plants.

Islam strictly forbids all type of abuse and inhumane treatments of Allah’s creation. According to Ibn ‘Abbâs (may Allah be satisfied with him), the Messanger (peace be upom him) once saw a donkey hot branded on the muzzle and said: “May Allah curse the one who marked this animal.” (reported by Sahih Muslim).

Abu Masud (may Allah be satisfied with him) said: “During our journey with the Messanger of Allah (saws), we were confronted with a bird and its two offsprings. At that moment the Prophet (peace be upon him) was abscent for a while. We took the two chicks. When  Prophet Muhammad came back he saw the mother bird flapping around us and said, “Who has upset this bird by taking away her children? Give them back to her.”

Abu Masud also said:“The Prophet (peace be upon him) saw a colony of ants which we’ve burned. He asked, “Who is responsible for this act?” We answered, “We are”. The Prophet replied, “No one is allowed to punish with fire except the Creator who made it” (Reported by Abû Dâwûd and Ahmad)

In Islam, hunting is authorised but the killing of an animal without any reason is considered to be a crime therefore it is a huge sin.

According to Ibn ‘Omar (may Allah be satisfied with him) the Messenger of Allah said: “There is not a single person that kills an animal unlawfully, even if it is a bird, without being interrogated by Allah the Glorious.” They asked: “which way to kill is legitimate?” So he replied: “ Cut the throat for the consumption and don’t kill to throw away.” (Reported by Nassâ’i and Hâkim)

Amongst those who were cursed by the Prophet Muhammad (peace be upon him) are the one that use anything in which there is a soul as targets for fun.

The goodness to animals is not just conditioned for human profit. It is at the fist place a religious law which applies to every Muslim.

According to Abu Huraira (may Allah be satisfied with him), the Messenger of Allah (peace be upon him) said: “ A man walking on the road got thirsty. He found a well, so he went down and drank of it. After climbing back, he saw a dog panting and licking the wet ground because he was very thirsty. The man realised that this dog suffers from thirst the same way I did. He went back down and filled his shoe with water, then held it with his teeth to climb out the well. The dog drank of it and Allah praised and forgave his sins. Prophet’s Companions asked, “O Messenger of Allah! Do we get a reward for our good deeds towards animals?”. He replied, “There is a reward for the one who do good to any living creature.|”

Alternatively, if a man hurts an animal or if a man doesn’t behave correctly towards an animal, the animal will give an account to God the Greatest, as mentionned in the following authentic hadith reported by Imam Muslim.

Prophet Muhammad (peace be upon him) said, “ A woman was chastened and thrown in hell because she starved a cat to death. The woman neither gave her water nor food. The cat was not free to nourrish herself with little animals of the Earth (as reported by Bukhâri and Muslim).

Pascal Baute, biologist, is a Belgian Expert in environmental education and international environment policy. Pascal is the founder and the President of the Belgian non-profit organization, Nature, Sciences & Cultures which is active in West Africa. Pascal had a first career in international environment policy for the Belgian Government, when he did extensive project management in Western and Northern Africa. He then turned to project management in Canada and the Botanical Gardens of the University of Liège, Belgium. He is currently working as a science teacher at college-level in Brussels.
View all posts by Pascal Baute →
Tagged Animals, Halal, Health, Humans, Islam, Meat, Prophet Muhammad, Quran, Slaughter, Sunnah. Bookmark the permalink.