This is an inspiring true story that demonstrates a solution to the rubbish problem, especially discarded plastic bottles, plaguing our planet! We hope it will encourage and inspire other visionaries to take similar actions around the world!

Robert Bezeau moved to the tropical paradise of Bocas del Toro, Panama, after he grew tired of the cold weather in his home country of Canada. He loved Panama, but at the same time, he was dismayed by the rubbish removal left behind by more than 100,000 tourists visiting the area every year. While he walked the beaches, he began collecting discarded plastic bottles. Over the course of a year and a half, he collected more than one million of these littered plastic bottles. 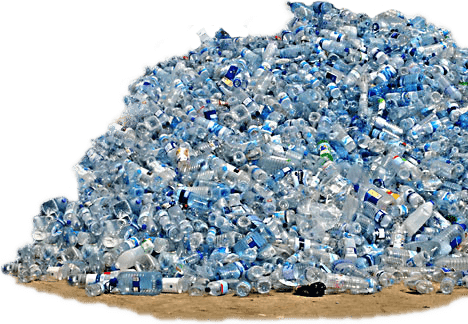 While he litter picked, Robert contemplated the enormous scale of the ugly problem. He could see it was only going to get worse without intervention. The plastic bottles were accumulating on land and going out to sea. Some were breaking into smaller bits and being eaten by animals. His heart told him he had to find a way to rid the island of this rubbish removal. Further, he needed to find a solution that would not only work on the island but could be replicated around the world.

Bocas del Toro has only one landfill and the people on the island simply can’t keep up with the rubbish removal left behind by tourists who litter the beaches. They truly can’t afford to build another landfill either. Plus, landfills are toxic places that allow toxins to escape into the air and groundwater. Robert thought deeply about this problem and what solutions might impact the enormous volume of plastic bottles littered on the Panamanian landscape.

Suddenly one day, Robert had an epiphany! He saw in a dream an entire village made out of plastic bottles.

Some people have great ideas but they never act on them. However, Robert is a doer and he began to put his grand idea into action immediately. His dream of building a village from discarded plastic bottles, the primary component to the rubbish removal left behind by tourists, began to become a reality. On an eighty-three acre parcel of land nestled into the Panamanian jungle, and spreading out to the sea, Robert has planned the development of community with twenty plastic bottle houses.

Robert and his team have already built some model homes, including one in the design of a medieval castle! In addition to the twenty houses, Robert is building a community center for yoga classes and a centralized garden for fruits and vegetables. People are coming from all over the world to see this remarkable plastic bottle village in the making! Some of them are going back to their own communities to try to instigate similar projects.

The construction of these plastic bottle houses is a very unique type of constructions. Lightweight wire cages are built. The cages are then filled with PET bottles and attached to steel rebar. They are then assembled to create the outer and inner walls of the houses and buildings. Cement is then applied over the cage and rebar walls. When the construction is all finished, the houses look very much like a traditionally built house. However, the “bones” of the house are anything but traditional!

There are some other unique construction features of these plastic bottle homes that make them perfect for the hot humid climate of the Panamanian tropical jungle. Vents are placed near the floor and also at the top of the walls to create a chimney effect for air circulation and ventilation. This ensures that mold spores do not take hold, a common problem in a tropical humid environment.

It may be hard to imagine at first that houses built from plastic bottles are actually stronger than traditional houses, but it’s true! In fact, these unique houses are far more earthquake resistant than a traditionally built home since the cage and rebar design gives a unique combination of great strength mixed with flexibility. In other words, the ground can rumble during an earthquake and the flexible cage design will rumble right along with it without breaking the structure of the house! 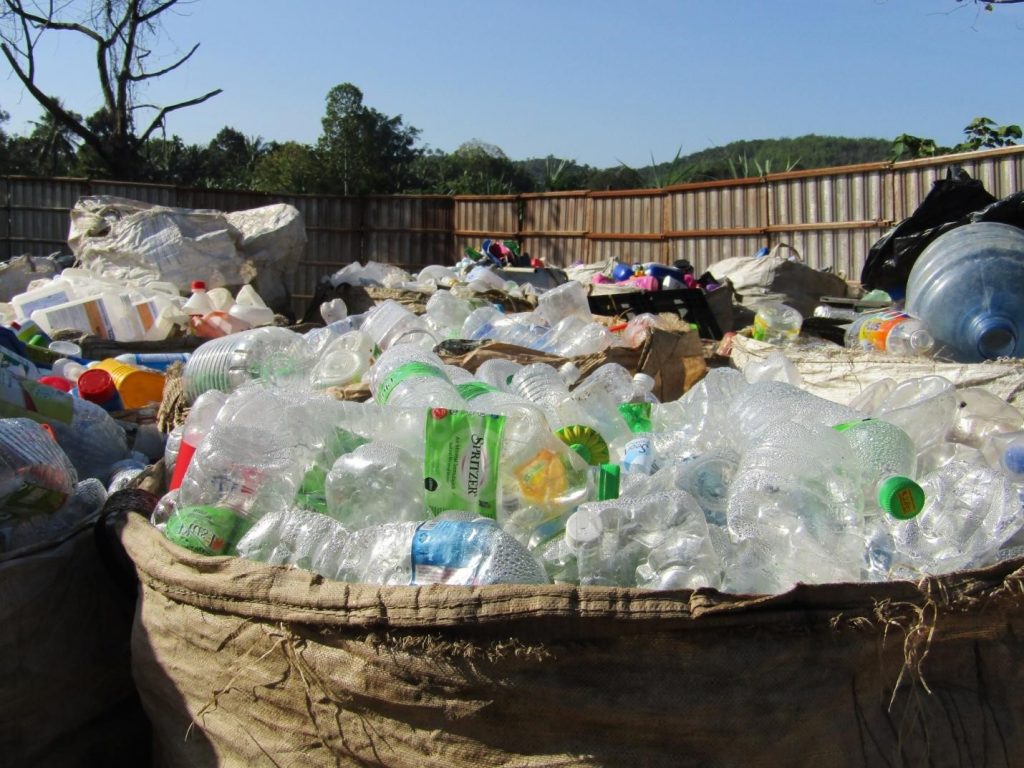 Plastic bottles accumulates on land but culminates its journey in water bodies.

Another amazing attribute of this unique construction is how energy efficient these houses are. It turns out that AIR, as in the air inside the plastic bottles inside the cages used to build the walls, is one of the best insulators in the world! Readings have been taken on hot days where the temperature differential between the inside of these plastic bottle homes and the outside was SEVENTEEN DEGREES CELSIUS!! This is with no air conditioning in a hot tropical climate. Amazing!

One of the reasons Robert Bezeau has been so successful is he has a special way of communicating. He can grab people in their heart and soul. He express things in a way that makes people think about things from a totally different perspective than they’ve ever thought about them before. In an interview for a documentary, Robert stated:

“When a bottle of plastic is standing on a shelf in a store, that bottle is not a threat to the planet until someone buys it. When you buy that bottle and you break that seal, YOU are the threat.”

By building his village of plastic bottle houses, and inviting people in to see them, Robert is giving the world a blueprint to what to do about this plastic rubbish problem. He is hoping that people copy his methods and he’s even offering workshops to people who want to learn how to build plastic bottle houses. He has found a solution to a plastic waste removal problem that has seemed so enormous and so daunting that many experts have felt there would never be a satisfactory solution… as they say, NEVER SAY NEVER!

Robert doesn’t want to stop at building plastic bottle houses from rubbish. He wants to build warehouses, business complexes, shelters, barns, and other structures. He basically wants to round up all the plastic waste removal in the world and put it to good use. He’s even advocating for food manufactures to redesign their bottles so they interlock like puzzle pieces to make this type of construction even easier!

If in your travels, you have the opportunity to see a plastic bottle house or building, made out of rubbish, please post a picture of that structure to the Clearabee social media pages, Facebook and Twitter. This is the type of story that needs to go viral in a big way! Clearabee is an on demand rubbish removal company based in the UK. They are on a quest to divert as many plastic bottles and other rubbish from landfills as possible. They current divert about ninety percent of the waste they collect from landfills! This ranks at the very top of their industry among all countries.

Salman Zafar is the Founder of EcoMENA, and an international consultant, advisor, ecopreneur and journalist with expertise in waste management, waste-to-energy, renewable energy, environment protection and sustainable development. His geographical areas of focus include Middle East, Africa, Asia and Europe. Salman has successfully accomplished a wide range of projects in the areas of biomass energy, biogas, waste-to-energy, recycling and waste management. He has participated in numerous conferences and workshops as chairman, session chair, keynote speaker and panelist. Salman is the Editor-in-Chief of EcoMENA, and is a professional environmental writer with more than 300 popular articles to his credit. He is proactively engaged in creating mass awareness on renewable energy, waste management and environmental sustainability in different parts of the world. Salman Zafar can be reached at salman@ecomena.org or salman@bioenergyconsult.com
View all posts by Salman Zafar →
Tagged Landfill, Panama, PET Bottles, Plastic Bottle Homes, Plastic Bottle Houses, Plastic Bottles, Plastic Pollution, Recycling, Rubbish Removal, Tourists. Bookmark the permalink.

6 Responses to Building a Plastic Bottle Village From Rubbish