Jordan has the distinction of being the third Arab country to submit its Intended Nationally Determined Contributions (INDCs) prior to Paris COP21, in addition to being the first Arab country to address climate change and its implications on vital sectors through a national policy (2013 – 2020). Moreover, Jordan is taking serious steps to mainstream climate change into development policies and strategies starting with the National Women Strategy (2012) and the National Poverty Reduction strategy (2013), the Jordan Vision 2025 which is considered to be the overall developmental blueprint for the country (2015) to the recently launched National Water Strategy (2016 – 2025). On another front, Jordan is preparing a National Green Growth Strategy (NGGS) through the Ministry of Environment and a number of sectoral action plans to drive its green economy agenda. 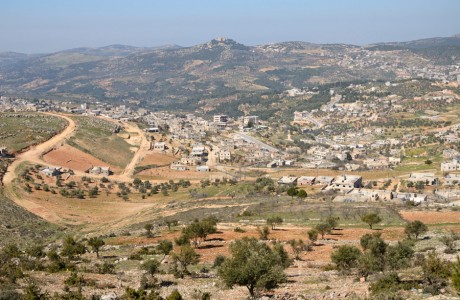 Due to it participatory and bottom-up approach, Jordan’s process of preparing its INDCs was perceived as a good case study by the GIZ/UNDP international partnership on Mitigation and MRV. While the process started by soliciting technical input and conducting national consultations, this consequently led to a state of creating wide political support.

The INDCs process was the first climate change process in Jordan that included a national target for reducing GHG emissions, an objective that was considered out of reach only a few months before. An inter-Ministerial breakthrough was accomplished during the process by bringing together four Ministers and five from Secretary General level to the INDCs validation meeting.

Within its INDCs, Jordan commits to 14% reduction in GHG emissions by 2030 compared to “business as usual” (BAU) projected emissions, 12.5% of which is conditional upon availability of finance and enhanced support. The two targets will be achieved based on implementing at least 70+ projects (43 sectoral projects resulted from the mitigation scenario assessment articulated in the 2014 (TNC) Report to UNFCCC and another around 27+ sectoral priority projects proposed concurrently or newly planned and not listed in the TNC Report, i.e., proposed after the development of the TNC. USD 5,700,000,000  is the total financing needs from which Government has already secured USD 542,750,000 to meet the unconditional target, which means the Country is in need of USD 5,157,250,000 to fulfill its conditional target.

Sectors covered within the INDCs include: energy (including transport), waste, industrial processes, agriculture and land-use, land-use change and forestry (LULUCF) and solvents. Thus, a large share of the measures will be implemented through sectoral strategies under the responsibility of the sector’s ministries (energy, water, agriculture, health, and others). The National Committee on Climate Change is mandated to monitor the progress in the implementation of the Climate Change Policy on the national level and thus the INDC.

For Jordan to continue as one of the climate leaders in the region, not only in developing policies and setting targets, but also in realizing them; climate change mitigation and adaptation needs to become everybody’s business. Mobilization of resources and finance is closely linked to the mobilization of actors. The ability of various stakeholders and sectors to relate to the issues and impacts of climate change is crucial and forms a high priority. Such mobilization would be orchestrated by the Ministry of Environment but performed by several Ministries, Civil Society Organizations and other partners.

An efficient and effective governance framework should be put in place to allow for more productive and measurable interaction amongst various stakeholders and across key sectors. Linkages with the existing national and institutional platforms within targeted sectors are necessary to optimize efforts and reduce redundancy. This may include the green economy steering committee and technical groups, other committees related to the Rio conventions etc.

Jordan can utilize this opportunity to trigger non-state actors to get organized and thus, to have stronger impact on climate action. The Paris climate process is considered a successful example of global environmental governance. It is time this is cascaded and localized in Jordan on a solid base of transparency, accountability and representation.

Private sector and climate change enjoy a multi-dimensional relationship that needs to be well understood by policy-makers and business leaders. Type, size, location, environmental performance as well as socioeconomic impact of companies are all factors to be considered when mobilizing climate action.

The Ministry of Environment (MoEnv) – as the national climate change focal point – may bear the responsibility of compiling information about the Jordanian private sector players. In consultation with the National Climate Change Committee and sector-specific business associations, businesses should be classified according to their climate action priority and urgency. 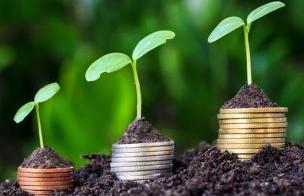 Considering the strong momentum in the energy sector from local and international companies, below are some of the private sector needs when it comes to climate action:

While the main Paris outcomes attraction point to businesses might be financing; nevertheless, to the majority of leading companies the policy advocacy, and enhanced transparency and accountability are important enablers for increased competitiveness. While the MoEnv is currently engaging the industrial chambers, it should direct more effort to bring on board other associations like EDAMA, Farmers Unions, Green Building Council, Int@j, chambers of commerce and investors association. Other cross-cutting and supporting sectors such as ICT and consulting services may also be included in the process.

Upon organizing the private sector engagement platforms, the MoEnv can facilitate the following activities with support from international partners and agencies:

While the Paris Climate Deal carries tremendous opportunities for businesses in the form of financing, technology development and transfer as well as capacity building. It also opens wide doors for climate leadership and enhanced policy dialogue.

NGOs can play multiple roles within the climate action and environmental domain. They could act as agenda setters, lobbyists, domain experts, implementation partners and enforcers. While growing in number and scope with each passing year, environmental NGOs in Jordan are struggling to become a model in civil society participation, collaborative governance and social impact.

Those non-for-profits are challenged to not only be the watchdogs and outreach arms but also act as community organizers and change agents that would lead the transformation to green economy. On another front, many of the CBOs are acting on environmental challenges in their neighborhoods and demonstrating strongly the need for good governance and organized advocacy and implementation. 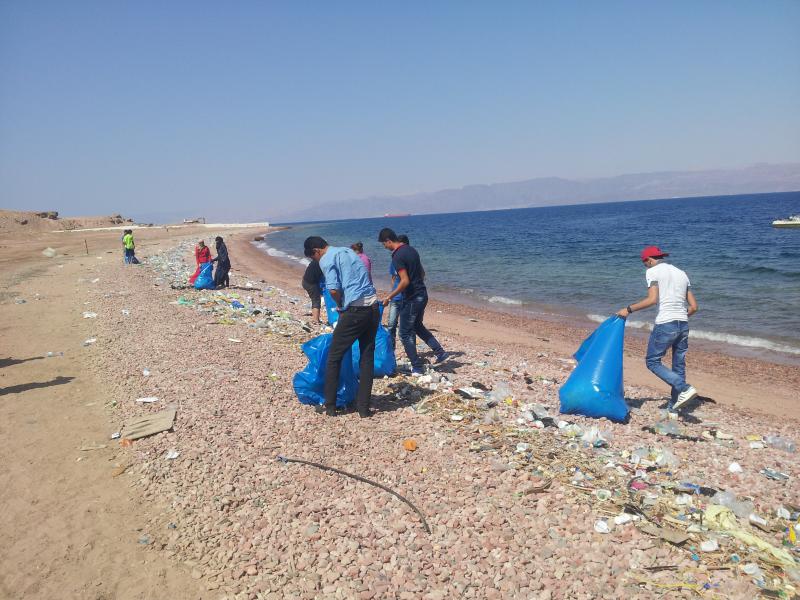 Visionary NGOs are also potential connectors within the climate governance frameworks. They should proactively seek to organize themselves through formation of networks and/or coalitions in order strengthen their position and role towards various environmental issues and also enable them to defend their interests through proper platforms.  NGOs are leading environmental activism and policy advocacy around the globe. Jordan has the track record of several success stories in environmental protection triggered by civil society movement and action. Climate change forms a new complex topic that requires innovative and collective action across a number of sectors.

Despite being a global phenomenon, climate change coverage seems to be stronger outside the Arab region. Quality and timely engagement of media as well as credible investigation of issues are crucial for enhanced public awareness and access to information. Going beyond reporting events towards monitoring of progress and celebrating achievements is a priority to support climate action. Jordan has what it takes to lead the way in increasing the Arabic media content on climate change.

Through stronger networking and targeted capacity building activities, journalists and bloggers would benefit from exposure to issues raised and explained by experts and activists. Media should be part of every implementation step not only to cover an event but more importantly as a trigger for public attention around a credible fact. The National Committee should consider institutionalizing the communication with media and ensuring that media representatives are carefully selected to be part of the process.

At the operational level, recent developments make Jordan’s progress in implementing renewable energy generation projects as impressive. Sustaining such momentum in the low-carbon domain and pursuing new opportunities based on the Paris Climate Agreement is becoming a strategic choice for Jordan. Thus, public and private sectors, civil society organizations as well as research and academia need to be part of the process and contribute to boosting climate action. Understanding the opportunities open for different players within different sectors is essential to move the exceptional policy work into implementation.

Note: The first part of the article can be read at this link

Disclaimer: Some of the information contained in this article has been based on content developed by the writer during an assignment with GIZ Jordan on the comparative analysis of Jordan’s Intended Nationally Determined Contributions (INDCs) that was conducted in February 2016 in partnership with the Ministry of Environment.

Ruba Al Zubi is a Sustainability Policy and Governance Advisor/Expert. She is a staunch advocate for policy-enabled action and has gained a unique experience in the areas of policy and planning, institutional development, sustainability mainstreaming into economic sectors, donor relations and research and innovation management. She recently served as Advisor to the President for Science Policy and Programme Development, Royal Scientific Society (RSS – Jordan). Prior to that, Ruba led the Scientific Research Department at Abdul Hameed Shoman Foundation, served as the first Policy Director at the Ministry of Environment, established and led several departments at the Development and Free Zones Commission, and served as the Chief Executive Officer of EDAMA Association for Energy, Water and Environment. In the nonprofit world, Al Zubi is a Plus Social Good Advisor with the United Nations Foundation and a Founding Member of Jordan Green Building Council. She is a global volunteer, mentor, speaker and blogger.
View all posts by Ruba Al-Zu'bi →
Tagged Civil Society, Climate Action, climate change, Climate Finance, Climate Governance, Climate Policy, emissions, INDCs, Jordan, Media, NGOs, Paris Agreement, Private Sector. Bookmark the permalink.

One Response to Jordan’s Journey Towards Climate Action