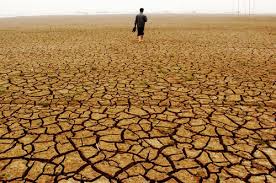 The Middle East and North Africa (MENA) is known for being one of the hottest places on Earth, and highly vulnerable to climate change impacts. In an IPCC special report on regional climate change, models projected that average temperatures in the region will increase by 1-2˚C by 2030-2050. Decision makers and citizens in all 21 countries realize that they are faced with an immediate need to reshape energy, agriculture, water and environmental policy to adapt to changing climate conditions.

Satellite data provided by Climate Engine from 1979 to present shows the mean max (average maximum) temperatures throughout the region ranged from 25˚C in the winter to 35˚C in the summer, and temperatures from 1900-96 increased by 0.7˚C for the whole region.

MENA is getting so hot that even in the most conservative IPCC warming scenarios climate change may cause extreme heat to spread across more of the land for longer periods of time, making some regions unlivable and reducing growing areas for agriculture.

Cities will feel an increasing heat island effect and most capital cities in the Middle East could face four months of exceedingly hot days every year. Rising temperatures will put intense pressure on crops and already scarce water resources, potentially increasing migration and the risk of conflict.

These rising temperatures will increase the occurrence of extreme weather events. The Maghreb has been subject to droughts, while Cyclone Phet, the second strongest on record, hit Oman in June, 2010, killing 44 and causing $700 million in damages.

The following paragraphs explores the immediate and potential sectoral impacts of climate change on the environment, energy, agriculture, water, and social well-being in MENA as reported by the World Bank.

Vegetation models project the impacts may be greater in the semi-arid lands of the region than in the arid lands, especially in composition and distribution of vegetation types. Management options, such as better stock management and more integrated agro-ecosystems, could improve land conditions and counteract pressures arising from climate change.

MENA countries have some of the highest wind and solar energy potentials in the world. Exploiting the tremendous renewable energy potential would strongly help Arab countries, enabling them to decrease the vulnerability of their existing energy systems.

Using wind and solar energy will also increase electricity production, which is important as demand in the majority of the countries is expected to increase steeply in coming decades due to demographic and economic development as well as to the increasing need for space cooling as temperatures rise.

Land degradation problems and limited water supplies constrain present agricultural productivity and threaten the food security of some countries. Impacts in a 2 °C world include annual water discharge, already critically low, is projected to drop by another 15–45% (75% in a 4 °C world) and unusual heat extremes projected to affect local food production. As a consequence, deteriorating rural livelihoods will continue to contribute to migration flows, often to urban areas.

Though there are few projections of the impacts of climate change on food and fiber production for the region, studies also projected increases of some crops. Implementation of more flexible risk-management strategies along with the use of a wider variety of domestic animals, game ranching, and multiple production systems-would provide greater food security to the region.

The Middle East and North Africa is the most water stressed region in the world. Water shortages have already been described as a crisis in many countries of this predominantly arid region, and are unlikely to be reduced and may be exacerbated by climate change. In a region with the lowest freshwater endowment in the world, it is estimated that 80-100 million people will be exposed to water stress by 2025, as groundwater is used up faster than changing precipitation patterns can replenish it.

The region could be heavily challenged by both rising food and water demand given its projected increase in population that may double by 2070. As a result of severe and sustained pressure on resources, further social unrest is likely in the already unstable political environment that currently characterizes parts of the region.

The combination of rapid population growth and urbanization will put increased pressure on already scarce natural water resources. With rainfall projected to decline by 20 to 40% in a 2°C hotter world, and up to 60% in a 4°C world, the region’s capacity to provide water to its people and economies will be harshly tested.

Rapid development is threatening some water supplies through salinization and pollution, and expanding populations are increasing the demand for water. Adaptation strategies might include more efficient organization of water supply, treatment, and delivery systems for urban areas and, in arid Asia, increased use of groundwater.

Measures to conserve or reuse water already have been implemented in some countries; such strategies may overcome some shortages, especially if they are adopted widely throughout the region. Changes in cropping practices and improved irrigation practices could reduce water usage significantly in some countries.

Human health in the region is variable, reflecting the economies of the countries. Some countries, where poverty is high, have high infant mortality rates and low life expectancy. The impacts of climate change are likely to be detrimental to the health of the population, mainly through heat stress and possible increases in vector-borne and waterborne diseases. Decreases in water availability and food production (especially if there is a shortage of water for irrigation) would lead to indirect impacts on human health associated with nutritional and hygiene issues. 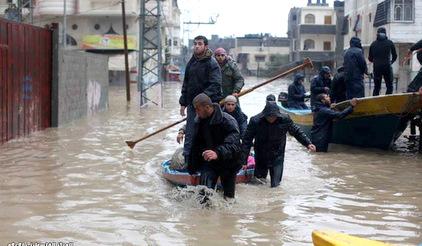 MENA has been witnessing extreme weather events in recent years

In certain areas, where drought-parched grounds are unable to absorb rains, flash floods can make roads impassable, preventing students from reaching schools. The floods of June 2009 in Yemen are an example of this. Disruptions to electricity, a potential side effect, can force schools to suspend activity, while in extreme cases, severe weather can actually damage infrastructure. While the cumulative effect of these disturbances on students’ education performance is not well known, it is certain that interruptions in attendance can only have detrimental consequences for learning outcomes.

Over the longer term, it is expected that climate change, along with other confounding factors such as the high poverty rate in the region, will combine to create environmental degradation, a subsequent deterioration in livelihoods, and put pressure on populations to migrate. Research suggests that in all instances such effects are likely to disproportionately affect children, their well-being and care, and their ability to participate in good quality, equitable education.

Climate change is a serious threat and leaders have not hesitated to take action. Adaptation strategies being implemented by countries in MENA are likely to provide some significant “win-win” opportunities for the conservation of resources, as well as offset the impacts of climate change.

An efficient and effective environmental governance framework is essential for more productive and measurable interaction amongst various stakeholders and across key sectors. National, regional and international linkages within targeted sectors are essential to coordinate climate action in MENA. Proactive involvement of public and private sectors, civil society organizations as well as research and academia in climate change mitigation is also a crucial issue.