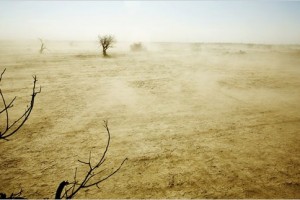 Addressing water scarcity, both natural and human-induced, in the Arab region is considered one of the major and most critical challenges facing the Arab countries. This challenge is expected to grow with time due to many pressing driving forces, including population growth, food demand, unsettled and politicized shared water resources, climate change, and many others, forcing more countries into more expensive water sources, such as desalination, to augment their limited freshwater supplies. The heavy financial, economic, environmental, as well as social costs and burden to be borne cannot be overemphasized.

Furthermore, the water scarcity challenge in the Arab world is being compounded by its multiple nexuses with the various development sectors, such as water and human health, water and environment, water and food, water and energy, and many other interdependencies, which carry within them many cross-cutting issues of human rights, social, economic, legal, technical, political, and security nature.

It is important to address the various linkages of the water sector with other sectors like energy, food, health, and economic development as a whole and that professionals in all sectors should think and act beyond the boundaries of their own sector, to achieve effective and integrated resources planning and management.

Amongst the most important inter-dependencies in the Arab countries is the water-energy nexus, where all the socio-economic development sectors rely on the sustainable provision of these two resources. In addition to their central and strategic importance to the region, these two resources are strongly interrelated and becoming increasingly inextricably linked as the water scarcity in the region increases.

In the water value chain, energy is required in all segments; energy is used in almost every stage of the water cycle: extracting groundwater from aquifers, feeding desalination plants with its raw sea/brackish waters and producing freshwater, pumping, conveying, and distributing freshwater, collecting wastewater and treatment and reuse.  In other words, without energy, mainly in the form of electricity, water availability, delivery systems, and human welfare will not function.

The water-food linkage represents another important and vital nexus in the Arab countries. Under the current unstable food security situation (fluctuating energy prices, poor harvests, rising demand from a growing population, the use of biofuels and export bans have all increased prices), the ability for the Arab countries to feed their growing population is severely challenged by competition over increasingly limited water resources.

Agriculture is currently challenged by competition among sectors on available water resources. While the majority of water in the Arab region is used inefficiently in the agricultural sector (about 85% with less than 40% efficiency), which is not only crucial for food production but also employs a large labor force of rural population, the contribution of agriculture to GDP is significantly low.

Hence, and using the argument of higher productivity per drop, voices are increasingly advocating for shift of water resources from agriculture to meet pressing demands of the industrial and municipal sectors.  The negative repercussions of that on the agricultural sector and rural population are most evident.

Based on the current trends in population growth and their associated water, food, and energy demands in the Arab region, water security, energy security and food security are inextricably linked, perhaps more than any other region in the world, and that actions in one area have strong impacts on the others.

Hence, a nexus approach that integrates management and governance across these three sectors can improve these security issues; support the transition to a green economy, which aims, among others, at resources use efficiency and policy coherence.

A proper understanding of the nexus will allow decision-makers to develop appropriate policies, strategies, and investments to explore and exploit synergies, and to identify trade-offs among the development goals related to water, energy and food security. Moreover, a nexus perspective increases the understanding of the interdependencies across these three sectors and influences policies in other areas of concern such as climate change and environment.

Prof. Waleed Khalil Zubari currently holds the academic position of Professor of Water Resources Management at the College of Graduate Studies, Arabian Gulf University (AGU). He holds the administrative positions of Acting Director of the Water Resources Management Program, and the Coordinator of the UNU Water Learning Center for the Arab Region. In March 2008, he published his first book on Water Issues and Challenges in the GCC (in Arabic), which received Yousif Bin Ahmad Kanoo Best Authors Prize in early 2012.
View all posts by Waleed Khalil Zubari →