GCC countries are suffering from a huge deficit in their water resources reaching more than 20 billion cubic meter, being met mainly by an intensive over-drafting of renewable and non-renewable groundwater resources for the agricultural sector, and by the extensive installation of highly expensive desalination plants for the municipal sector, and by reusing a small percentage of treated wastewater in the agricultural and municipal sector. Furthermore, conflict between the agricultural and domestic sectors on the limited water resources in the region are rising, and as a result, groundwater over-exploitation and mining is expected to continue in order to meet growing demand in these two sectors. 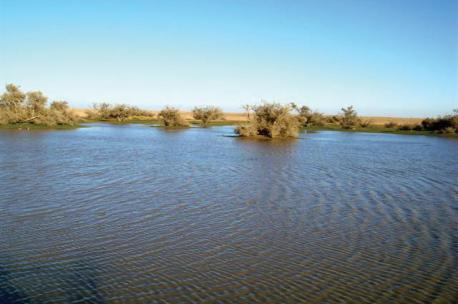 If current population growth rates, water resources management approach, water use practices and patterns continue, annual water demand may reach more than 50 billion cubic meter (Bcm) by the year 2030.  With the anticipated future limited desalination capacity and wastewater reuse, this demand will have to be met mainly by further mining of groundwater reserves, with its negative impacts of fast depletion and loss of aquifer reserves and the deterioration of water quality and salinization of agricultural lands, of which these resources usefulness is questionable with the expected deterioration of their quality.

Under these circumstances, water will become an increasingly scarce commodity, and would become a limiting factor for further social, agricultural and industrial development, unless major review and shifts in the current policies of population and adopted food self-sufficiency are made, and an appropriate and drastic measures in water conservation are implemented.

A diagnosis of the water sector in Gulf Cooperation Council countries indicated that the main problems and critical issues in these countries are:

Currently, there are two main challenges of water resources management in the GCC countries. These are the unsustainable use of groundwater resources with its ramification on these countries socio-economic development, and the escalating urban water demands and its heavy burden on their national budget and negative impacts on the environment.

As the quality of groundwater deteriorates, either by over-exploitation or direct pollution, its uses diminish, thereby reducing groundwater supplies, increasing water shortages, and intensifying the problem of water scarcity in these countries. It is expected that the loss of groundwater resources will have dire consequences on the countries’ socio-economic development, increases health risks, and damages their environment and fragile ecosystem regimes.

Moreover, the development of many GCC countries is relying heavily on non-renewable fossil groundwater, and the issue of “sustainability” of non-renewable resources is problematic, and requires clear definition. 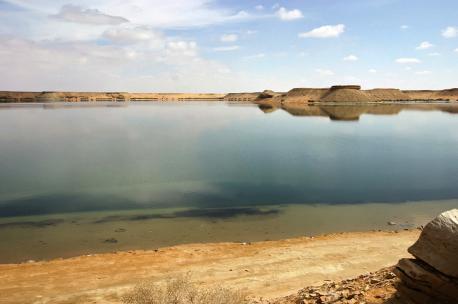 Sustainability of these resources need to be interpreted in a socio-economic rather than a physical context, implying that full considerations must be given not only to the immediate benefits and gains, but also to the “negative impacts” of development and to the question of “what comes after?” An “exit strategies” need to be identified, developed, and implemented by the time that the aquifer is seriously depleted. An exit strategy scenario must include balanced socio-economic choices on the use of aquifer storage reserves and on the transition to a subsequent less water-dependent economy, and the replacement water resource.

Despite their relatively enormous cost and heavy burden on the national budged, limited operational life (15-25 years), their dependence on depleting fossil fuel, and their negative environmental impacts on the surrounding air and marine environment, the GCC countries are going ahead with desalination plant construction and expansion in order to meet the spiralling domestic water demands – a function of population and urbanization growth.

The rapid increase in urban water demands in the GCC can be explained by two factors, rapid population growth and the rise in per capita consumption; per capita average daily consumption in the domestic sector ranges between 300-750 liters, which ranks the highest in the world. This is due mainly to the reliance on the supply side of management with little attention given to the water demand management and the non-existence of price-signaling mechanism to consumers.

5 Responses to Water Resource Management in GCC – Issues and Challenges