The Islamic perspective on Integrated Water Resources Management (IWRM) framework provides a holistic approach to look at the entire spectrum of water management components, i.e, water resources, uses, treatment and resue. Islam provides policies and principles that address all elements of the framework for

. At the resource level, Islam teaches that the Universe and humans are created by God. And the source of water is from God, the creator, however, Islam believes in the rational and pragmatic explanations of science.

The first verse in Quran is “Read” and there are many references in Quran that urge humans to think and contemplate about the universe, nature and the creation of God. Islam teaches that “everything is created from water” and that water at the global level is finite “bekadar” and is in balance and “mawzoon”. 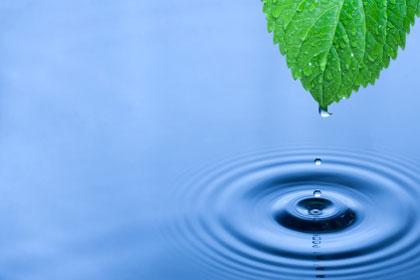 Harmony between Human and Nature

The key characteristic of Islam is the belief in one God (Allah) and the belief in the Day of Judgment (Hereafter). These are the core of the social and environmental responsibility for both individuals and the corporate sector.

The relationship between the Human and Nature is based on harmony, since all creatures obey the laws (sunan) of God.  Harmonization of human’s will with the teachings of Islam leads to responsible, balanced and good life (Hayat Tayebah).  Being mindful of the purpose and meaning of every single human endeavor, every human activity is given a transcendent dimension; it becomes meaningful, of value, and goal-centered.

The Islamic worldview is based on an eco-cosmic understanding of the harmony between human and nature and the value of nurturing the aesthetic and natural intelligence of humans as trustees. The Islamic notion of Zohd which means living lightly on earth and having low ecological footprints is a key for securing a healthy planet. All forms of environmental problems like pollution and global warming and climate change according to the Islamic interpretation is attributed to human mis-conduct or mischief (Fassad).

At the water uses level, Islam believes that water should be allocated to different uses with priority to water for drinking (Haqo Al-shafa). Besides, Islam recognizes the right for environment. The emphasis on balance, conservation and harmony is key to the Islamic view of water uses. 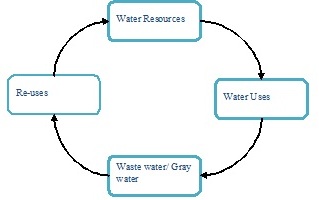 For wastewater, greywater and saline water, Islam instructs the mind that regardless of the quality of water whether it is fresh “Athb” or saline water “Milh Ujaj” but still it can of use and value for many purposes like a source for food from sea, a source for jewelry “diamonds” and a means for shipping, trade and transport.

By interpretation and using the notion of  public interest “Maslaha”, it is safe to say that greywater and wastewater can be of use and value for human use if treated with proper processes. This was confirmed by a judgment and ruling “Fatwa” by scholars from different disciplines who confirmed that wastewater can be used for human used if treated properly.  The Fatwa issued in 1978 by the Council of Leading Islamic Scholars (CLIS) in Saudi Arabia postulated that:

Impure wastewater can be considered as pure water and similar to the original pure water, if its treatment using advanced technical procedures is capable of removing impurities with regard to taste, colour and smell, as witnessed by honest, specialized and knowledgeable experts. Then it can be used to remove body impurities and for purifying, even for drinking.

For wastewater reuse, it was evident from the above Fatwa that wastewater can be used for other purposes. Hence, the Islamic model of IWRM adopted a closed loop of  IWRM framework. Islam does not allow waste among even lifeless things, to the extent that it disapproves the wasteful use of water, even if there is no scarcity of water.  It teaches to avoid waste in every conceivable form and to make the best use of all resources.

Islam reforms the notion of  “waste” and enlighten the human mind to re-think the concept of waste by learning from nature and the ecological processes. The analogy of human life is being made with the ecology and its transformations (the four seasons and the process of renewal and growth using natural energy and resources). Moreover, the Fatwa made scholars in Saudi Arabia paved the way to make wastewater reuse possible and to have a closed water loop in IWRM model.

Islam is not limited to the confined domain of a religion and spirituality (relation between man and God) but rather it is a way of life. Islam offers a holistic framework for looking at the cosmos, nature and the purpose and the role of the human being.  Besides, Islam nowadays has contextualized a number of economic institutions (Islamic banking and Waqf funds) and social institutions (health care, education).

It would be of value to develop a new framework and contextualize for Islamic integrated water resources management (IWRM) framework. This means that IWRM will not only be informed by culture and local knowledge but also reformed and transformed by Islam through a process of re-construction of knowledge and the revival of the human consciousness.

Odeh Al-Jayyousi is a professor in the Department of Technology and Innovation Management at Arabian Gulf University (Bahrain). He is also an independent consultant and a founder of Sustainable Development Professionals for Environmental Consulting (Jordan). He was the vice president for science and research at the Royal Scientific Society (RSS) in Jordan during 2011-2013. He was the regional director for IUCN – The International Union for Conservation of Nature - West Asia / Middle East regional office during 2004-2011. He was dean of research and professor in civil engineering during 1994-2004. Prof Al-Jayyousi is a founding board member Jordan Green Building Council, and a member of the Advisory Board for MSc program in IWRM between Cologne and Jordan University. He has also authored a popular book on “Islam and sustainable development”.
View all posts by Odeh Rashed Al-Jayyousi →
Tagged Greywater, Integrated Water Resources Management, Islam, Islamic Integrated Water Resources Management framework, IWRM, Quran, waste, Wastewater, Water Management in Islam, water resources management in islam. Bookmark the permalink.

One Response to Islamic Framework on Integrated Water Resources Management