Climate change is not only affecting the economies of Arab world but also having detrimental impacts on the very fabric of society, through threats to public health and livelihoods. Climate change in the Arab world is also exacerbating social inequalities, hitting the rural poor the hardest.

This is not a reason for complacency amongst the wealthy urban classes. Basic humanitarianism aside, history suggests that physical hardships can breed wider unrest: a body of evidence suggests that poor harvests caused by a major Icelandic volcanic ash cloud in 1783 triggered no less an event that the French Revolution. 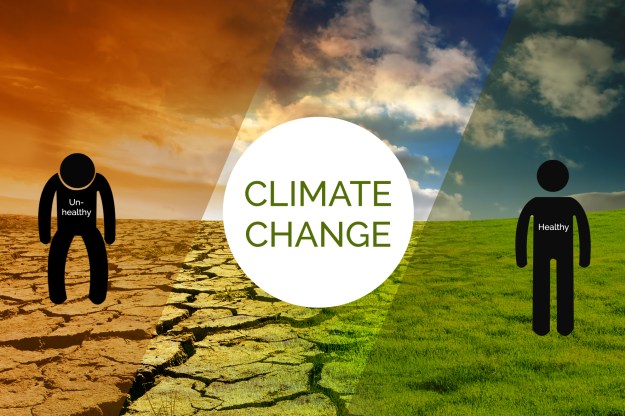 With the Arab world already plagued by endemic unemployment and high inequality, it would be easy to see how global warming could play a significant role in socio-economic development and future political and geo-political events.

There is no doubt that, globally, we are seeing a much higher incidence of extreme weather events than seen since record-keeping began. Aside from a few nay-sayers, the scientific consensus is that climate change is causing extreme weather events such as heatwaves, droughts, floods and cyclones. It is putting increasing pressure on crops and crop yields, both through more extreme temperatures and increase in insect attacks; it is creating a fertile environment for the spread of epidemics.

Climate change is adversely affecting our health which is becoming more severe with each passing year. The human catastrophe caused by violent sandstorms is not limited to the recent tragic events in India. The Intergovernmental Panel on Climate Change (IPCC) acknowledges that sandstorm dust is a major source of respiratory diseases in a number of countries, particularly in the Middle East & North Africa.

Climate change is impacting on wind patterns, which in turn is contributing to the transfer of dust, pollen, bacteria, mold and other allergens, in the air, especially in extreme heat. Morocco and Algeria have experienced unprecedented pandemics and outbreaks of diseases such as tuberculosis and scabies that were, until recently, considered things of the past.

Well-established infectious diseases such as malaria and dengue are again on the prowl, and various new diseases, such as Rift Valley Fever and Horse Plague, are emerging.

Research has shown that the average temperature in the MENA region will increase by around 2 degrees Celsius by 2050 in parallel with a depletion of the ozone layer protecting us from cancer-inducing higher levels of ultraviolet. These sobering facts should goad us into action.

While it may be too late to prevent much of climate change occurring, we are not yet too late to mitigate its worst impacts. Individuals, corporations and governments all need to accelerate programmes to minimize further worsening climate change, alongside introducing adaptation measures to reduce the health consequences associated with known climate change impacts. MENA governments need to do much more to incentivize the reduction in greenhouse gas and particulates emissions. We are well-placed to benefit from the advances in solar power and battery storage technologies – in our cars, our businesses and in our homes.

Crop biodiversity needs to be fostered; alongside programmes to ensure heat and drought-resistant crops are being planted in high-risk areas. Sustainability needs to be embraced at every level in society – from building design and manufacturing processes to end-of-life recycling. Medical sector also needs to be prepared to deal with changing patterns as a result of climate change, to avoid significant negative impacts on vulnerable communities.

Climate change is a world problem, but Arab countries will be amongst the worst affected, if we don’t act now. It should therefore be a top priority on our governments’ agendas to protect their citizens before it is too late.