Why We Need to Stop Using Fossil Fuels? Understanding the True Impact

Fossil fuels have a wide range of applications including generation of electricity, transport fuels, making products like plastics, cosmetics, and even certain medicines. But why scientists and environmentalist are fighting to end the use of fossil fuels and promoting solar and wind energy instead? The damage that fossil fuel cause to the environment is affecting the entire ecosystem. The impact is disastrous and haunting for the health of our planet. These damages are in some cases easy to see and evaluate such as pollution and land degradation. However, the damage can take various forms and be hidden and difficult to measure such as asthma and cancer or even the impact on sea level rise.

In order to better understand the environmental impact of fossil fuels, it is essential to be aware of the production and transmission systems of this industry. In fact, fossil fuels are limited natural resources and the human being will eventually be forced to find another source of energy. The fossil fuels include crude oil, coal, natural gas or heavy oils, which are made up of partially or completely decomposed plants and animals. These plants and animals died millions of years ago and, over long periods of time, they became a part of the earth’s crust and were exposed to heat and pressure which, through carbon chemistry, turned them into fossil fuels and sources of energy for people.

Fossil fuels, when burnt, release gases and particles, which can cause pollution if not managed correctly. Carbon dioxide, one of the gases released from burning fossil fuels is one of the major contributors to global warming.

The environmental impact of the production, transmission and consumption of fossil fuel energy can be clearly noticed in the recent statistical reports on climate change. Our planet is rapidly changing. February 2016 was the warmest February since record keeping began in 1880, and was the warmest month in recorded history (in terms of its deviation from average). May 2016, the warmest May on record, was the 13th consecutive record-breaking month.

The impact of fossil fuel industry can be visualized during its whole supply chain network (85% of the CO2 emissions come from fossil fuel combustion). According to the Union of Concerned Scientists, the extraction processes can generate air and water pollution, and harm local communities, transportation fuels from the mine or oil well can cause air pollution and lead to serious accidents and spills. 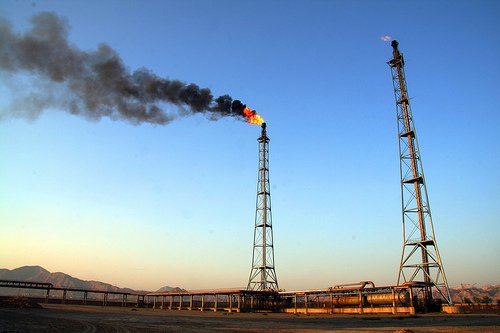 The burning process of fuels emits toxins and global warming emissions. The whole procedure of fossil fuel produces a hazardous waste that harms public health and the environment we live in.

The fossil fuel industry including coal, natural gas, oil and nuclear fuels has a negative impact the biodiversity of the planet and a big factor in the climate change. Fossil fuels generates, in general, consequences on the economic, environmental and social level. In fact, according to a research study conducted by Olson and Lenzmann from the Netherlands, the impact of fossil fuels cannot be limited to the amount of CO2 emissions as it is advertised to the public.

Fossil fuels have consequences on the three pillars of sustainable development. In their paper entitled the social and economic consequences of the fossil fuel supply chain: “Fuels are resources that can be used to ﬁll the needs of society. So it would intuitively follow that an abundance of these resources would lead to improved economies and more stable nations. But this is in fact clearly not the case for oil & gas resources. Of the 34 countries who are able to derive more than 5% of their GDP from oil exports, only 9 are ranked as stable nations”

Currently 80 percent of the global primary energy demand is based on fossil fuels and the energy system is considered the source of two thirds of global CO2 emissions in average. Unfortunately, if the current production and consumption of energy is going on the same rates, the demand will double by the year 2050 and emissions will greatly surpass the amount of carbon that can be emitted if the global average temperature rise is to be limited to 2C (according to a study by unchronicled). This level of CO2 emissions would be frightful and have disastrous climate consequences on the planet earth.

The Paris Agreement signed in December 2015 has solidiﬁed agreement that the world must address climate change and has resounded the warning that inaction on climate change carries potentially catastrophic risk for the global economy.

Although most governments are increasingly embracing renewable energy, fossil fuels are still the world’s dominant energy source due to their high energy density. Therefore understanding the danger of fossil fuels is important to truly measure the impact of this industry on our lives and the life of our planet. It is now essential to make a change and start elaborating a new future of energy production and transmission.

12 Responses to Why We Need to Stop Using Fossil Fuels? Understanding the True Impact