Thousands of surface monitoring stations spread around the globe have gathered temperature data and other meteorological information to secure the ranking of July 2019 as the hottest month on Earth since 1850. It is important to mention that there are very scant meteorological records prior to this date for global analysis. 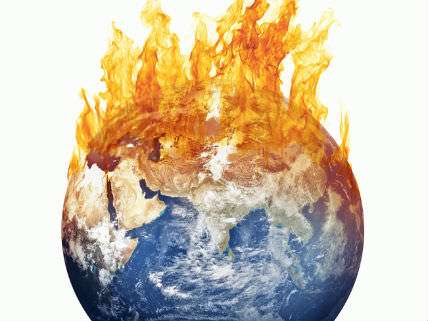 Not only are the thermometer readings soaring but the extent and natural disasters are also extensive. Extreme heat waves across Europe and in parts of the USA have raised the awareness of the severity and consequences of increased temperatures. Wildfires have moved further north into the Arctic regions across Siberia, Greenland and Alaska. Previous years, wildfires have raged across the mid-latitudes in west and southern-west North America and the Mediterranean regions. Also, this year, sea ice levels in both the Arctic and Antarctic have been at record lows. Low sea ice levels translated to missing sea ice that would have extended to over 1 million square miles of ice was absent.

Greenhouse gases emissions into the atmosphere, resulting from the burning of fossil fuels, is not in dispute. There are weak, natural triggers such as El Niño and La Niña phenomena, that can trigger warmer temperatures, but the El Niño is very weak this season.

Data from the period, 1850-1900, is considered a baseline for pre-industrial temperature trends. According to Berkley Earth, the July 2019 global average surface temperature was 2.2 degrees (1.22 C) warmer than the pre-industrial trend. The Paris Climate Agreement aimed to keep the long-term global average surface temperature below, in fact “well below” 3.6 degrees (2.0 C). But to have any hope of achieving this or staying below this limit requires drastic action by the major developed nations that are driving the global warming powerhouse. This is where we fail to see any responsible action by leading well developed nations.

In terms of the whole year as being noticeably warmer throughout the 12-month period, will most likely continue to be held by the year 2016.  But this is not about breaking records but a severe warning alert that our planet is consistently recording hotter and hotter temperatures across the globe that require serious action on the part of all more developed and less developed nations if we wish to have a sustainable future on this planet.

Dr Claire Cosgrove, Ph.D., is an independent Environmental Scientist and Educator. Looking to establish a consultancy company: “Cultural Awareness, Environmental Mindfulness”. Formerly a Professor of Environmental Sciences in the College of Engineering at AMA International University, Salmabad, Kingdom of Bahrain. Before moving to the Middle East in 2009, Dr Claire was a Research Scientist based in the USA at the University of Virginia, Charlottesville and at Georgia Institiute of Technology in Atlanta, Georgia. Dr Cosgrove has lived and worked in a number of countries such as South Africa, USA, New Zealand and the Middle East. Her research work has covered air pollution, weather modification /cloud seeding, rainfall modelling and simulation and flood forecasting, to name a few areas of interest.
View all posts by Claire Cosgrove →
Tagged Arctic, Europe, Global Average Surface Temperature, Global Temperature Trends, Global Warming, Heat Waves, July 2019, Sea Ice Levels, USA, Warmest Month, Which is the Hottest Month Till Date. Bookmark the permalink.