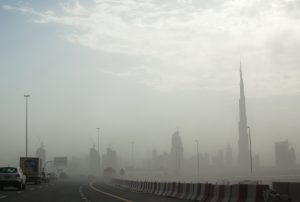 Air quality in the Arab countries has deteriorated over the past few decades. Emissions of carbon dioxide (CO2) have nearly doubled. Changes in the power sector were driven by strategies that have been successfully implemented in many countries in the region to improve energy access, leading to more fossil fuels being burnt in the thermal power plants to meet the increase in power demand.

Electricity consumption has increased by 75.5 percent, leading to a total amount of 766.5 million tons of CO2 being emitted in 2015, compared to 436.6 in 2006. Emissions from the transport sector have increased due to the substantial growth in the sector, with no effective mitigation measures and weak public transport in most countries.

A study conducted in major cities in the region claims that the unrest in some countries has led to a drop in emissions. This might hold for some gases due to the slowing of industries and personal transport, but dust and other pollutants resulting from conflicts have obviously increased.

The Arab region was among the worst performers in air quality, according to the World Health Organization (WHO). Recorded levels of air pollution often exceeded 5 to 10 times the WHO limits, and several Arab cities are among the 20 most polluted cities in the world. Excessive emissions include carbon monoxide that results from the transport sector, oxides of sulfur and oxides of nitrogen, leading to the formation of acid rain, ozone, and volatile organic compounds (VOCs).

Reduction of sulfur content in diesel fuel in most Arab countries has been achieved by tightening the standards, which resulted in a drop from levels as high as 1000 ppm to around 50 ppm. Also, a shift to unleaded gasoline has been achieved by implementing cost differentials, followed by a complete ban on the use of leaded fuel. 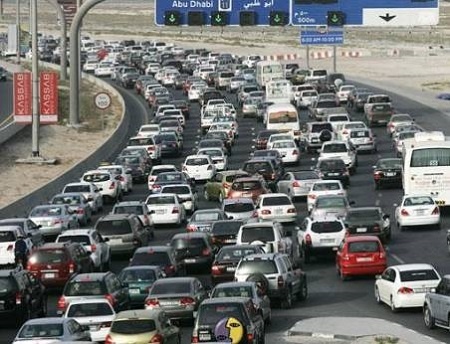 Arab region is among the worst performers in air quality

Mitigation measures that could be implemented to further reduce emissions from the power sector include enhancements of fuel quality and deployment of renewable technologies and energy efficient devices. Most Arab countries are developing a viable market for renewable energy investments. Between 2012 and 2015, total renewable installed capacity witnessed a 150 percent increase, exceeding 3GW, excluding hydropower, compared to 1.2GW in 2012.

Most sustainable transportation strategies fall into one of three categories: vehicle/fuel technology enhancement, road/vehicle operations improvements and demand management. A formal, mass transport system is yet to be implemented on a wide scale in the region. Gasoline engines generally produce less harmful emissions compared to diesel, thus tightening the standards related to petrol quality will lead to a substantial reduction in emissions.

The successful introduction of hybrid and electrical cars in Jordan over the past eight years is a shining example of how targeted fiscal policies can influence the market. Within a few years a package of tax exemptions on cleaner cars, and greater levies on those with higher emissions, helped boost the number of hybrid and electrical cars in Jordan to half of those newly registered.

For more information, please download the full AFED report from this link

19 Responses to Air Quality in Arab Countries: An Overview