Rationale for Solar Energy in MENA

The world is rife with news snippets concerning the development of solar power. The sun provides an infinite source of energy that takes off the burden on the renewable sources for power generation. In doing so, there are increased chances of conserving the limited energy reserves.

Already about 50% of the earth’s natural resources are in use. If this usage rate continues, we will run out of finite sources in no time. For instance, there is only enough oil left for the coming 46.2 years. Luckily, the development of solar energy serves as the light at the end of the tunnel. 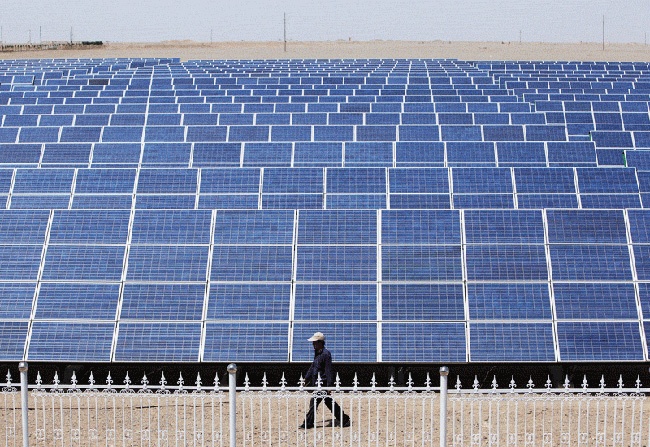 The Middle East and North Africa (MENA) stretch has always been championed for its natural gas and petroleum deposits. Power generation from these sources has been significant. At the same time though, the West has taken to the development of clean energy sources and tech that furthers its penetration among the general masses.

A case in point is the work that Tesla is doing on solar roof tiling. These tiles resemble the traditional shingles. However, they collect 98% of the solar energy to generate electricity. Numerous regions are witnessing the growth of solar power like NJ Solar energy. The focus is on the use of solar power as a clean source of energy that lowers carbon emissions.

In this context, here is an in-depth look at the rationale for development of solar energy sector in MENA:

The Middle East and North African region is responsible for delivering a third of the world’s petroleum supply. It produces about 2.5 million barrels of crude oil in a day. Along with this, the production of dry natural gas stands at 55 billion cubic feet daily. In addition to the rich fossil fuel reserves, the region is blessed with an abundant supply of sunlight too.

The direct solar radiation in the MENA region exceeds to 6 kWh/m2. Nearly all the countries in the Middle East and North Africa region have enough sunlight. This boasts substantial solar potential, therefore, setting the base for the development of solar power. The development of this clean energy source will also diversify the region’s power sources portfolio.

The development of solar power will meet the energy demands of MENA countries that do not have massive fossil fuel reserves. For instance, there are frequent blackouts in Egypt. Other countries, such as those in the GCC region, also feel the pinch. Although they boast vast natural reserves yet many of these are flagged for other priorities.

The infiltration of solar power will, therefore, help reduce the region’s reliance on energy imports. For example, Morocco imports roughly 90% of energy. Likewise, Jordan imports about 95% of its energy, which comes for a cost of nearly 16% of its gross domestic product.

A recent study indicates that air quality in MENA is extremely poor. In fact, carbon dioxide emissions have nearly doubled. As per the study, some cities in the region rank as cities with the world’s worst air quality. 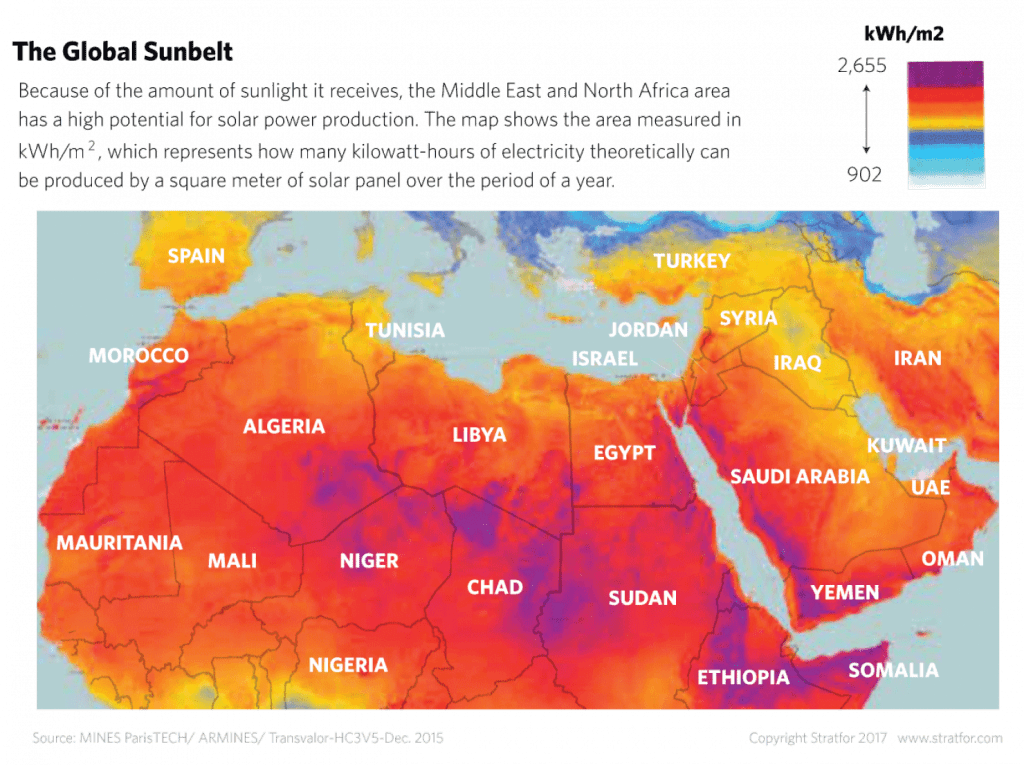 Air pollution in MENA is 5-10 times worse than the recommended pollution levels marked by the World Health Organization (WHO). Total carbon emissions in the region stand at 755.5 million. As of 2013, about 125,000 people died in the region due to household and outdoor air pollution. These whooping figures call for the need for the enhanced development of clean energy in MENA.

Scientific investigations reveal that heat waves in the Arabian Gulf (or GCC) region can make it virtually uninhabitable. Researchers estimate that the wet-bulb temperature in this area would rise more than the human body’s threshold by 2070. The wet-bulb temperature is a measure of the humidity and heat matrixes. And it will rise above the tolerant levels if the carbon emissions continue at the prevailing rate.

These findings show that the MENA region is on the brink of facing severe implications of climate change. The midday temperature in the UAE alone has soared up to 5 degrees Celsius and more. As a consequence of global warming, the water resources of MENA are also threatened with only 1,000 cubic meters left for each person. Again, this syncs with the need of controlling carbon emissions, which is something that solar energy offers.

All these factors encourage the development of solar power in the Middle East and North Africa region. Solar power provides a clean source of energy that minimizes carbon emissions and helps preserve renewable energy resources.

Although MENA is touted as an oil-rich area, several of its countries also face power shortage. The region suffers from poor air quality markers and a potential threat of climate change due to excess carbon emissions. Solar energy is a viable solution for all these problems. Fortunately, plans for the use of solar power are in the pipeline.

Salman Zafar is the Founder of EcoMENA, and an international consultant, advisor, ecopreneur and journalist with expertise in waste management, waste-to-energy, renewable energy, environment protection and sustainable development. His geographical areas of focus include Middle East, Africa, Asia and Europe. Salman has successfully accomplished a wide range of projects in the areas of biomass energy, biogas, waste-to-energy, recycling and waste management. He has participated in numerous conferences and workshops as chairman, session chair, keynote speaker and panelist. Salman is the Editor-in-Chief of EcoMENA, and is a professional environmental writer with more than 300 popular articles to his credit. He is proactively engaged in creating mass awareness on renewable energy, waste management and environmental sustainability in different parts of the world. Salman Zafar can be reached at salman@ecomena.org or salman@bioenergyconsult.com
View all posts by Salman Zafar →
Tagged Air Pollution, Arabian Gulf, clean energy, Egypt, Fossil Fuels, GCC, Global Warming, Jordan, MENA, Morocco, Solar Energy in MENA, Solar Power. Bookmark the permalink.

7 Responses to Rationale for Solar Energy in MENA