The Current State of the Solar Industry 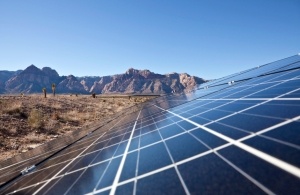 It is projected that in the near future, solar power might actually overtake other sources of electricity generation. Notably, a lot of concerns has been raised concerning the defects that are brought about by fossil fuels. These encroaching dangers that negatively work against other fossil fuels have led to the rejuvenation of the solar energy industry. The solar industry is now working on their policies to come up with a more realistic and achievable form that will see the industry emerge the best energy provider in the whole world. All this is achievable when the environment and the investors are willing to embrace

According to the report on the US solar energy policy, they are now inventing the best policies that will see the solar energy integrated into almost all the US electricity systems. It will also design the most efficient and convenient ways to supply solar energy.

New solar technologies will be built to fit the energy requirement since the sufficiency is the key here. All this seems to be realizable since a serious climate concerns has been raised and it is now clear that new ways and new power systems need to be embraced to mitigate the climate change that are attributed to fossil fuels.

Among the best kinds of solar energy systems that will likely be embraced are the photovoltaic, solar thermal and concentrated solar power (CSP). The solar industries are now aligning themselves in what they are best in and that is why new gadgets that utilize the solar power are now injected into the market. You will find all kinds ranging from the cheapest and less efficient to the superior and the most expensive solar panels.

It is now possible to get a solar powered helmet, a solar-powered water pump, the D-light solar and even other complex provisions like those installed in the big restaurants. Batteries also will utilize this solar power and actually, it has prevented be the most efficient and convenient form of power with less environmental hazards.

“Solar energy presents an opportunity for property owners across the UK but there is a lot of uncertainty over what the benefits are in real terms and what the figures really mean for householders.” Alastair Kay, Green Business Watch

Solar energy is undoubtedly the cheapest and the most convenient source of renewable power. It is actually the most affordable and it only requires the initial cost and the rest will be naturally supplied by the sun, this explains its relatively high uptake compared with some other newer energy technologies.

The major concerns on the environmental conservation and health concerns also add a more realistic view of the possibility of the resurrection of the solar power again. Though major setbacks have been previously observed in the industry, especially after the election of the US president Donald Trump who had a different opinion about climate change, and that is why only 2 % of the US uses solar power.

Despite this small setback, the current state of the solar energy industry seems to be appealing. It is actually promising and the industry should invent more attractive policies that will see it prosper. The need of the house is to develop more realistic and powerful solar inventions which may allow even larger industries to use solar energy in their day-to-day operations.

Salman Zafar is the Founder of EcoMENA, and an international consultant, advisor, ecopreneur and journalist with expertise in waste management, waste-to-energy, renewable energy, environment protection and sustainable development. His geographical areas of focus include Middle East, Africa, Asia and Europe. Salman has successfully accomplished a wide range of projects in the areas of biomass energy, biogas, waste-to-energy, recycling and waste management. He has participated in numerous conferences and workshops as chairman, session chair, keynote speaker and panelist. Salman is the Editor-in-Chief of EcoMENA, and is a professional environmental writer with more than 300 popular articles to his credit. He is proactively engaged in creating mass awareness on renewable energy, waste management and environmental sustainability in different parts of the world. Salman Zafar can be reached at salman@ecomena.org or salman@bioenergyconsult.com
View all posts by Salman Zafar →
Tagged Energy, Photovoltaic, Solar Energy, Solar Industry, Solar Power, Solar Thermal, Trends in Solar Industry, US. Bookmark the permalink.

4 Responses to The Current State of the Solar Industry