Egypt, Saudi Arabia, Morocco and Tunisia are the most active research countries in general science and environmental research. Scientific research has increased in the last ten years, with Egypt leading the Arab world, followed by Saudi Arabia for both the number and rate of publications produced. 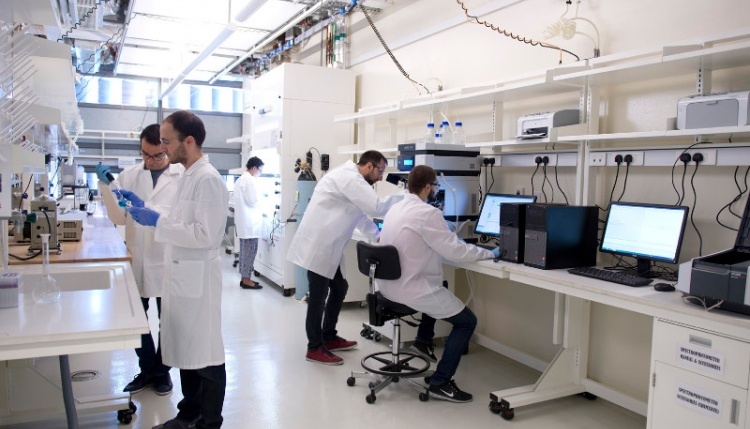 Egypt has contributed at least double the amount of publications compared to other Arab countries since 2008, effectively contributing on average 26 percent of environmental publications cumulatively by 2015. This can be attributed in part to the size of Egypt’s population, accounting to a quarter of the Arab countries combined. Saudi Arabia has been enjoying a linear increase in research rates since 2008 (1.67 percent average annual document contributions per year), followed by Morocco (0.59 percent), Iraq (0.35 percent), and Qatar (0.18 percent).

Health and pollution as well as water science and technology are the fastest growing research subjects under environmental science in the Arab world, where research has increased twofold on average since 2008, with Egypt leading the Arab world in both disciplines. The slowest growing subjects are climate change and environmental policies, as well as biodiversity and conservation.

Beyond the numbers, results of research projects and publications in Arab countries are rarely reflected in policies, and they seldom contribute to solutions to environmental problems. In contrast to the weak contribution and impact of researchers working in the Arab countries, Arab researchers working abroad contributed well in many areas related to environmental science, with a profound impact on society.

The enhancement of environmental research to produce impact in the Middle East requires creating enabling conditions and a stimulating work environment, and linking research to policy. A fundamental step towards achieving this goal is building an infrastructure that connects research institutions, industry and society and creates an integrated system that ensures sustainable development.

Budgets dedicated to environmental research should be enhanced, centers of excellence created, and research collaborations among Arab countries and with other centers worldwide strengthened. Publication mechanisms for research institutes have to be improved and modernized in order to facilitate the publication process.

In order to fill a growing gap, research in the areas of policy development and climate change should be encouraged. Finally, in order to reverse the brain drain caused by a large proportion of Arab students who study abroad never returning, investment in young researchers and intellectual capital should be promoted.

Note: For more information, please download the full AFED report from this link

Najib Saab is Secretary General of Arab Forum for Environment & Development (AFED), a regional organization dedicated to promote sound environment policies, employing science and public awareness. He is founder and editor-in-chief of Al-Bia Wal-Tanmia (Environment & Development) the leading pan-Arab magazine on sustainable development since 1996. Saab is laureate of the United Nations Environment Programme’s Global 500 Award for environmental achievements in 2003, and of the Zayed International Prize for the Environment in 2011 for environmental action leading to change in society.
View all posts by Najib Saab →

One Response to Environmental Research in Arab World: Perspectives