Water-Food Linkage in the Arab World

The water-food linkage represents an important and vital nexus in the Arab countries. Under the current unstable food security situation (fluctuating energy prices, poor harvests, rising demand from a growing population, the use of biofuels and export bans have all increased prices), the ability for the Arab countries to feed their growing population is severely challenged by competition over increasingly limited water resources. Agriculture is currently challenged by competition among sectors on available water resources. 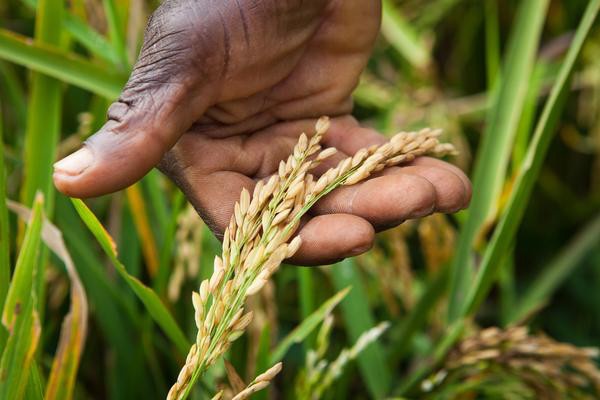 While the majority of water in the Arab region is used inefficiently in the agricultural sector (about 85% with less than 40% efficiency), which is not only crucial for food production but also employs a large labor force of rural population, the contribution of agriculture to GDP is significantly low. Hence, and using the argument of higher productivity per drop, voices are increasingly advocating for shift of water resources from agriculture to meet pressing demands of the industrial and municipal sectors.  The negative repercussions of that on the agricultural sector and rural population are most evident. However, improving irrigation efficiency can release water for other uses (see AFED report on water in the Arab Region).

The Arab countries are far from having enough water to grow sufficient basic food, the obsession with the idea of self-sufficiency at any cost, had been predominant in the 1970s and 1980s, has been abandoned. It is no longer rational or sustainable. In fact, the region has been importing more and more food to meet its need. Recent studies have shown that more than half of the food calories consumed in the region is imported and would increase to 64% over the next two decades (World Bank, 2009).

An older study in the mid-1990s showed that the food imports of the region were equivalent to 83 billion m3 of virtual water, or about 12% of the region’s annual renewable water resources. In fact, the same study has shown that for selected countries, this percentage was much higher: Algeria (87%), Egypt (31%), Jordan (398%), Libya (530%) and Saudi Arabia (580%) (FAO, 2001). With the rise of the population and improvement of lifestyles, one can expect these figures to be much higher today.

A better policy to address national food security can be to improve agricultural production and maximise water productivity and to rely on virtual water trade in food imports. By importing water intensive crops, not only can there be local water savings, there are also energy savings through reduction in withdrawal of irrigation water from deep aquifers (Siddiqi and Anadon, 2011), which could be significant for many Arab countries that have energy intensive groundwater withdrawals, such as the GCC countries.

Moreover, Arab food security could be achieved through regional agricultural integration that combines the relative comparative advantages of all of the Middle East countries, such as land and water resources, human resources, and financial resources. Joint agricultural projects could be implemented towards achieving food security for the region as a whole using advanced agricultural methods supported by active R&D programs in agricultural production as well as effective governance of water and land resources.

One Response to Water-Food Linkage in the Arab World