A public opinion survey carried out by the Arab Forum for Environment and Development in 22 Arab countries revealed that a vast majority, exceeding 60 percent, believes that the environment has deteriorated in their countries over the last 10 years. An even bigger majority of 95 percent thinks that their country is not doing enough to tackle environmental challenges. The questionnaire, circulated via internet in cooperation with Arab media outlets and conducted on a self-completion basis, attracted 20,460 responses from across the Arab region. 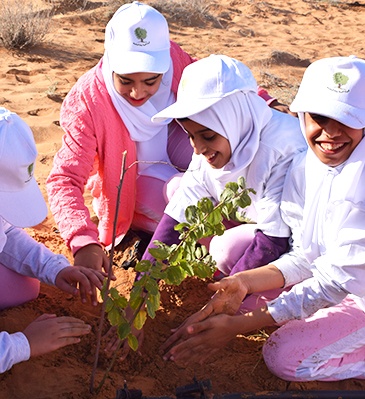 Overall results reflect a negative outlook, with the highest levels of public dissatisfaction recorded in Syria (96 percent), Lebanon (91 percent), Yemen (90 percent), Tunisia and Libya (78 percent), Iraq (74 percent) and Egypt (66 percent). It is obvious that war, conflict and political instability reflected negatively on the environmental situation in those countries. The only country where a majority of just over 50 percent thought that the environment improved was the United Arab Emirates.

The most important environmental challenges according to the survey are municipal solid waste, followed by weak environmental awareness, deterioration of water resources, pollution and climate change. This is in line with the results from 10 years ago, except for air pollution, which was ranked the biggest challenge in 2006. Differences were observed in this regard among countries, where priorities chosen reflected specific problems at the national level.

Food contamination due to improper use of pesticides and fertilizers was chosen as the top environmental threat in Egypt, reflecting increased concerns about food safety. The majority of respondents in Kuwait considered marine and coastal pollution the prime problem, which took second place in Lebanon. This can be explained by the repeated loss of thousands of tons of fish in Kuwait over the past decade due to the discharge of waste in the sea, and the worsening coastal pollution in Lebanon caused by untreated sewage.

Changes over 10 years were evident on issues related to climate change, reflecting a higher level of awareness. The adoption of the Paris Agreement should have stimulated further recognition of the serious impacts of climate change. Ninety-three percent people in the Middle East say that the climate is changing due to human activities and 90 percent of the respondents believe that it poses a serious challenge to their countries. This represents a 6 percent increase over 10 years. 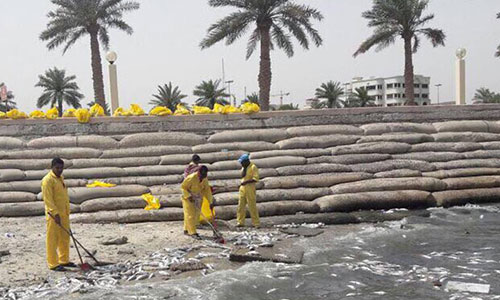 A regional average of 75 percent thought that the government was not doing enough to deal with climate change, with the highest levels of condemnation noted in Libya, Lebanon, Yemen, Syria and Iraq. A majority of over 50 percent in Oman, the UAE and Morocco indicated satisfaction with government action to tackle climate change. This can be attributed to the specific inclusion of climate change in the Cabinet portfolios in those countries, culminated, for example, in the Ministry of Climate Change and Environment in the UAE.

The AFED survey shows that the public in the Middle East has become more familiar with the terminology and the concept of sustainable development goals. Eighty-three percent of those surveyed say they know what the aims of sustainable development are, 98 percent think that changing consumption patterns can impact the environment, and 95 percent believe that environmental protection helps economic growth.

Results evidently show more understanding of environmental issues among the public, including their interrelation with economic and social factors. They also reveal that people are worried about the deterioration of the environment and depletion of resources, and that they are generally dissatisfied with the level of response of governments. On the other hand, the survey show an overwhelming readiness from the public to support positive change, by encouraging stricter laws to protect the environment and preserve natural resources, alongside engaging in personal action in this regard.

Najib Saab is Secretary General of Arab Forum for Environment & Development (AFED), a regional organization dedicated to promote sound environment policies, employing science and public awareness. He is founder and editor-in-chief of Al-Bia Wal-Tanmia (Environment & Development) the leading pan-Arab magazine on sustainable development since 1996. Saab is laureate of the United Nations Environment Programme’s Global 500 Award for environmental achievements in 2003, and of the Zayed International Prize for the Environment in 2011 for environmental action leading to change in society.
View all posts by Najib Saab →

12 Responses to Environmental Awareness in Arab Countries: A Survey