Environmental Outlook for the Arab Region

The overall environmental outlook in the Arab region is bleak, despite progress on some fronts, according to the latest report of the Arab Forum for Environment and Development (AFED). Entitled Arab Environment in 10 Years, the report crowns a decade of annual reports on the state of the environment in the Arab world. The AFED reports have become major references for highlighting progress, identifying problems facing the Arab world, and recommending alternative solutions. 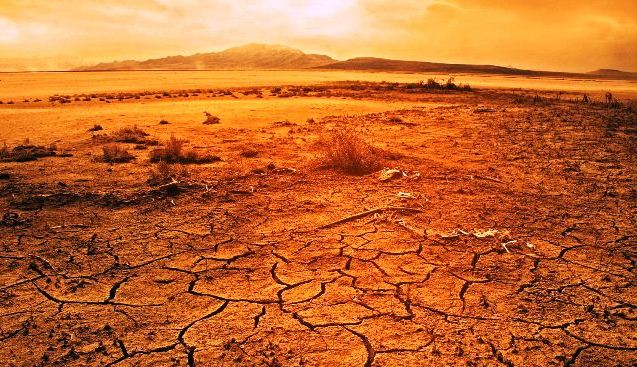 Having an environmental organization focused solely on the Middle East is essential when considering the characteristics specific to the region. As outlined in the newest report’s chapter on food security, the Arab region currently has the largest food deficit in the world and is the only region in the world that is experiencing an increase in hunger and poverty.

Also striking is the availability of water in the region – while Arab countries account for more than 5 percent of the world’s population, they only have 1 percent of the global water resources. In contrast, some of the poorest Arab countries in renewable water resources are the least efficient water users. The region has experienced frequent drought cycles that have intensified in recent years and it is estimated that 40 percent of the Arab population is already living in conditions of absolute water scarcity.

The high rate of population growth in the region has resulted in an even higher demand for these resources. Since the rapid population growth in the mid-70’s there has been a dramatic reduction in per capita renewable freshwater resources. With this strained natural resource base the region is becoming increasingly vulnerable to climate change implications. It is projected that by 2030, the effects of climate change will have reduced renewable water resources by another 20 percent.

The report highlights several instances that show the interplay between natural disasters in the region and the aggravating effect of negative human influence. For example, in Arab countries rangelands are the major source of feed of sheep, goats and camels. But due to overgrazing and droughts, rangelands have witnessed a dramatic loss of biodiversity, in turn seriously negatively affecting food security in marginal lands.

Sustainable Development during Wars and Conflicts

Another complicating factor is the influence of war and conflict. As noted in the AFED report, security concerns have become the top priority at the expense of sustainable development. While many countries were on track with achieving the Millennium Development Goals (MDG’s) by the 2015 deadline, wars and conflicts have reversed this progress. Syria and Iraq had even managed to achieve food self-sufficiency before being faced with civil strife.

Along with a high rate of population growth in the region, conflict has also led to a massive migration within the Arab world. Countries such as Lebanon, Egypt and Jordan are hosting a very large number of refugees, which has pressured their already limited availability of resources and has worsened the growing gap between food production and consumption.

The effect of conflict and migration within the region is also reflected in the varying rates of electricity consumption. The total amount of electricity consumed in the region has increased by more than 75 percent between 2006 and 2015. This can be explained by the aforementioned demographic and by the economic growth witnessed in most countries. Arab countries are among the least energy-efficient globally, with losses in electricity amounting to double the world’s average. Still, most Arab countries initiated programs to boost efficiency and announced target for renewable energy.

To deal with the strained resources, the Arab region has taken varying approaches. The report demonstrates the struggle of finding solutions that are both sustainable and that will give as many people as possible access to adequate resources. One example is the response to the lack of renewable water resources in the region. In most of the region progress has been made to increase access to safe drinking water. To do so, desalination has become highly used but this process creates a large carbon footprint and threatens marine life and ecosystems. AFED points out that although the Arab region hosts most of the world’s desalination capacity, no progress has been made to locally develop desalination technologies or manufacture equipment.

Rather than merely finding direct solutions to the lack of resources by producing more of them, the Arab region has attempted to react to the man-made factors worsening the problem, by controlling demand. An example is per capita water consumption, which has increased in many countries in the Arab region, particularly in the GCC. The AFED report notes that artificially low water prices are at the root of inefficiency, overuse, and resource degradation. Recently implemented municipal water tariffs are hoped to encourage more efficient domestic water consumption in Saudi Arabia, the UAE and Bahrain.

Importance of Knowledge and Research

It goes without saying that knowledge and research are essential to the achievement of sustainable development and well-fitted solutions for any region. The report points out that it is precisely environmental research that is still generally lacking in the region and needs to be given a higher priority.

To start off, the region must seek to create a more welcoming environment for scholars, as an overwhelming proportion of Arab students who study abroad never return – a trend that has been coined the “Arab scientific diaspora”. In contrast to the weak contribution by researchers based in the Arab countries, the report notes that Arab researchers working abroad have contributed substantially to various fields of environmental technology. 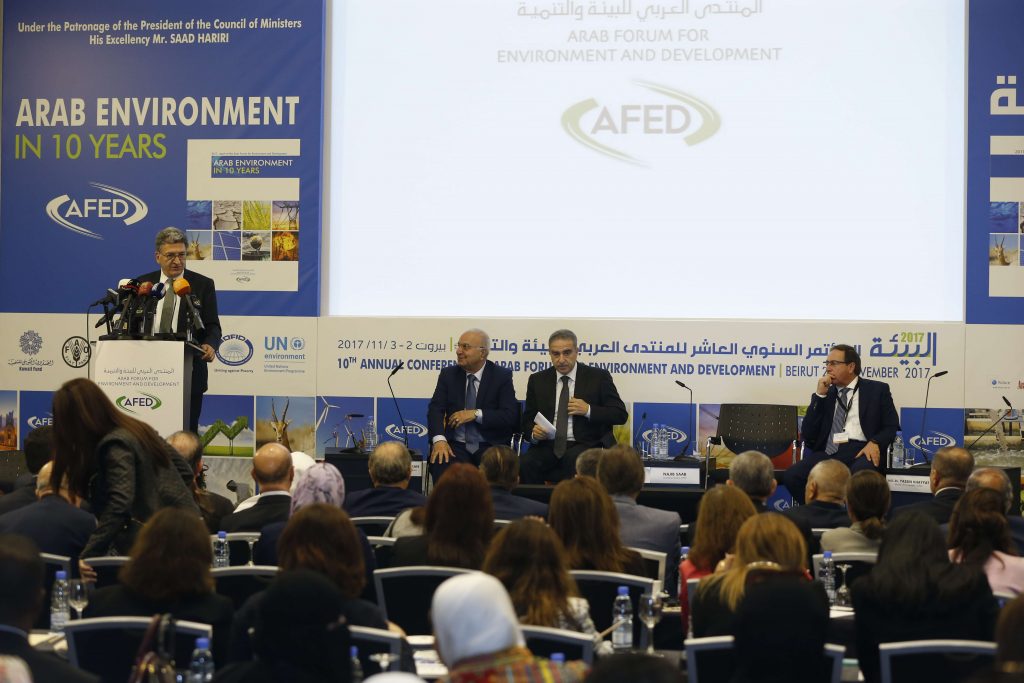 Although many Arab scholars have chosen to have countries overseas benefit from their knowledge, the Arab public in general has become more aware about environmental issues. In the latest AFED public opinion survey, whose results are included in the report, 93 percent of respondents indicate that the climate is changing due to human activities and 90 percent believe that this poses a serious threat to their countries.

With this increased understanding of the threats their countries are posed with, strides need to be made by governments to tackle environmental challenges. Highlighting this necessity, the same survey has found that an overwhelming majority of 95 percent of the respondents (out of over 20,000 in 22 countries) believes that their country is not doing enough to tackle environmental challenges.

While a large part of the newest AFED report can indeed be seen as a collection of environmental struggles in the Arab region, the report more realistically also provides a large knowledge base on which to build forward in the coming years.

Environment in the Arab region continued to deteriorate over the past 10 years, but there has been slow progress on some fronts. This little improvement is threatened to be wiped off by conflicts, wars and instability. Apart from the shortcomings in environmental policy and understandable distractions due to the ongoing turmoil in the region, some Arab countries should also be commended for the sustainable efforts they have taken over the last ten years.

In a new climate in which environmental issues are starting to gain more attention, the AFED report calls upon Arab countries to make use of this momentum to ensure a sustainable future for the region and its people.

The full AFED report can be download from this link

Najib Saab is Secretary General of Arab Forum for Environment & Development (AFED), a regional organization dedicated to promote sound environment policies, employing science and public awareness. He is founder and editor-in-chief of Al-Bia Wal-Tanmia (Environment & Development) the leading pan-Arab magazine on sustainable development since 1996. Saab is laureate of the United Nations Environment Programme’s Global 500 Award for environmental achievements in 2003, and of the Zayed International Prize for the Environment in 2011 for environmental action leading to change in society.
View all posts by Najib Saab →
Tagged Arab, climate change, Desalination, Egypt, Environment in the Arab World, Environmental Research, food security, Jordan, Renewable Energy, Wars. Bookmark the permalink.

8 Responses to Environmental Outlook for the Arab Region