Gas Flaring and Venting in MENA: Need for Urgent Action 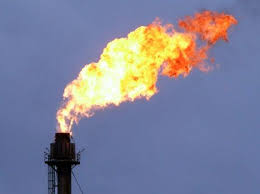 Gas flaring and venting have been known to be associated with crude oil processing in oil fields. Newer oil wells are equipped for the recovery of both oil well gas and crude oil and hence the gas is an additional resource of the oilfield. Currently, gas flaring and venting are subject to strong restrictions not only for economic but especially for environmental reasons. Under the Kyoto Protocol, there are incentives for the construction of plants that have minimum environmental impact and which, at the same time, do not waste precious resources.

In most developed countries, gas flaring and venting has been almost totally abandoned because it is a waste of an important resource and the infrastructures required to utilise the gas in-situ are not difficult to implement. On the other hand, in many developing countries the gas is often not required at the production site and the costs of transportation are very high thus gas flaring and venting is widely used.

The World Bank, through its Global Gas Flaring Reduction Partnership, estimates that globally at least 150 billion cubic meters (bcm) of gas are flared or wasted every year, adding about 400 million tons of greenhouse gases in annual emissions. This is equivalent to almost all the potential yearly emission reductions from projects currently submitted under the Kyoto Protocol.

In many of the countries responsible for the majority of gas flaring and venting, taxation and accurate measurement ensures that correct duty is being paid and the impact on the environment is minimised, but unfortunately this is not always the case.

The contribution of the MENA region is fundamental in order to have a decisive global impact on flaring reduction and associated gas utilisation over the long run. Gas flaring in the Middle East and North Africa region is about 50 billion cubic meters annually, which makes it the second flaring region in the world after Russia and the Caspian region which is almost about 60 bcm. Sub-Saharan Africa flares about 35 bcm. The amount of gas flared in the Middle East alone, almost 30 bcm, could feed a 20 million ton liquefied natural gas plant and substantially reduce environmental pollution in the region.

Data from the World Bank show that some countries in the Middle East and North Africa region have increased gas flaring over the past 12 years or so. These include Iraq, Oman, Qatar, Saudi Arabia, and Yemen while others such as Algeria, Egypt, Libya, Syria, and UAE have decreased gas flaring.

There are incentives to implement practices that are more feasible and less costly such as natural gas reinjection into the reservoir, small-scale natural gas liquefaction plants on the production site, the generation of electricity in-situ, the distribution of natural gas to neighbouring urban areas, its use for transportation, etc. while costly operations, such as the construction of pipelines, are carried out only when the natural gas extracted justifies the high costs. Natural gas is a limited and valuable resource and ideally no gas would ever be lost however, the reality of working in fossil fuel production means this is not possible.

Regardless who is flaring the gas, the incentives for investment in flaring reduction must be appropriate and clear. To the greatest extent possible, regulations need to encourage willing buyers and willing sellers to make beneficial economic use of the great volumes of flared and vented gases each year.

Gas flaring and venting reduction regulations and technologies adopted by the countries should be site-specific. No single option is best for all oil fields. Each oil field has its own characteristics, size, local market conditions and infrastructure needs and each country has its own political, institutional and financial frame work.

Precise measurement of gas flaring is therefore the next best thing, as it gives the industry the means to collate data, build an accurate picture of gas flared and plan better ways to reduce loss and create best practice in the future, also more stringent measures are necessary to implement tough control on these matters.

Dr. Izdihar Mani is a qualified chemical engineer with MPhil and PhD in Chemical Engineering. He has more than 40 years of academic as well as industrial experience in Chemical Engineering, Environment and Recycling. Izdihar is based in the UK and runs his own consultancy in the areas of renewable energy, recycling and energy-from-waste.
View all posts by Izdihar Mani →

2 Responses to Gas Flaring and Venting in MENA: Need for Urgent Action