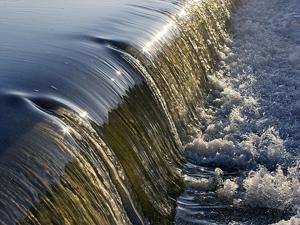 Water is an essential part of human existence, green source of energy production and input for thermal power generation. The world’s 7 billion people are dependent on just 3% (called freshwater) of the total volume of water on earth. The MENA region is home to 6.3 percent of world’s population but has access to measly 1.4 percent of the world’s renewable fresh water. Due to burgeoning population and rapid economic growth, the per capita water availability is expected to reduce to alarming proportions in the coming decades. The demand for water is expected to increase significantly in future, which is also true for energy.

With increasing demands and declining availability, the competition for water resources for food and energy production, drinking and industrial usages has already intensified. Water scarcity is a reality in almost all Middle East countries. However, most of the people are either unaware or have ignored this stark fact. High population growth coupled with rapid industrialization calls for a sustainable water use pattern in domestic, industrial and agricultural sectors.

Relationship Between Water and Energy

Energy is needed to produce, transport, treat, and distribute water. In spite of an obvious energy-water nexus, the policies and practices of either sector display a sense of disconnect, which could lead to unsustainable outcomes. For example, electricity being highly under-priced or offered free to agriculture consumers in India (also in several other countries) does not encourage its efficient utilisation, which has led to an alarming drop in water table in certain parts of the country due to over-exploitation of groundwater resources. In the MENA region around 85 percent of the water is used for irrigation. This level of irrigation is not inherently sustainable and leads to overuse of scarce renewable water resources, which in turn leads to increased energy use for desalination. Infact, MENA’s average water use efficiency in irrigation is only 50 to 60 percent, compared to best-practice examples of above 80 percent efficiency under similar climate conditions in Australia and southwest US.

In developing countries, a lot of people living in urban areas are using electricity to treat municipal water due to its poor quality, causing undesirable consumption of electricity for water-related applications.In thermal energy production, efficiency norms for primary fuel, auxiliary consumption, and manpower per unit of electricity production etc. are there but similar benchmarks for water-use efficiency are either absent or weak. Similarly, for large power intensive consumers (industries and commercial), there is no binding provision for checking the water use efficiency under the Energy Conservation Act 2001 of India. However, conducting periodic energy audits is mandatory.

The National Water Policy 2002 of India was designed to govern the planning, development, and management of water resources in the national perspective but lacks clarity in terms of inter-agency coordination and respective accountabilities. It is clear from such examples that understanding of how water-energy interacts at different scales, and what are the conflicting and/or synergetic outcomes, is crucial for addressing the negative trade-offs of water-energy nexus. Of course, all negative trade-offs cannot be avoided, but this understanding could help in taking informed decisions in future policy formulations.

With increasing demands, declining availability and competition for water, mere myopic approach of encouraging efficiency of utilization and conservation of water and energy in isolation would not give the best results. Huge amounts of energy and water subsidies are the driving force behind inefficiencies. Regulatory institutions in both these sectors in consultation with each other have to do a lot to inculcate conservation habits and achieve noticeable outcomes. Introduction of the principle of cost recovery is conceptually the simplest solution, but politically difficult to implement in many countries. It is important to renew our attention on demand-side-management and conservation approaches for water for various applications.

Development and use of modern irrigation systems in the farm sector, and water saving devices in all other sectors should be encouraged by offering appropriate incentives, setting higher efficiency standards, and creating wider awareness among its users. For example, overconsumption of water is a serious issue in most of the Middle Eastern countries where per capita water consumption is several times higher than the global average.

For a better tomorrow, it is essential to better integrate policy frameworks while addressing water-energy challenges with specific attention to efficient utilization and conservation. A common legislative framework that addresses efficiency and conservation in areas, which impinge on each other in the water-energy domain, would be desirable, if that helps in  tackling future challenges. Though one can supplement energy needs through a host of renewable energy sources, water has no substitute, and we have to treat it respectfully.