A Glance at Plastics Recycling 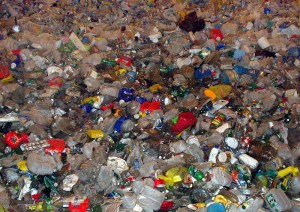 Plastic consumption has grown at a tremendous rate worldwide, and Middle East is no exception. Plastics now play an increasingly important role in all aspects of modern life. and used in the manufacture of all sorts of items including protective packaging, mobile phones, domestic appliances, furniture items, medical devices etc. Each year around 1trillon plastic bags are used worldwide with most of them ending up in landfills, dumpsites and water bodies. Due to the rising demand, the global plastic consumption is expected to reach 300 million tons by 2015. Per capita consumption of plastics in the GCC is estimated to be 33kg per annum which is much above the world average.

Disposal of plastic waste has emerged as an important environmental challenge and its recycling is facing roadblocks due to non-degradable nature. Because plastic does not decompose biologically, the amount of plastic waste in our surroundings is steadily increasing. More than 90% of the articles found on the sea beaches contain plastic. Plastic waste is often the most objectionable kind of litter and will be visible for months in landfill sites without degrading.

Recycling and reuse of plastics is gaining importance as a sustainable method for plastic waste disposal. Unfortunately, plastic is much more difficult to recycle than materials like glass, aluminum or paper. A common problem with recycling plastics is that plastics are often made up of more than one kind of polymer or there may be some sort of fibre added to the plastic (a composite).

Plastic polymers require greater processing to be recycled as each type melts at different temperatures and has different properties, so careful separation is necessary. Moreover, most plastics are not highly compatible with one another. Apart from familiar applications like recycling bottles and industrial packaging film, there are also new developments e.g. the Recovinyl initiative of the PVC industry (covering pipes, window frames, roofing membranes and flooring).

Polyethlene terephthalate (PET) and high density polyethylene (HDPE) bottles have proven to have high recyclability and are taken by most curbside and drop-off recycling programs. The growth of bottle recycling has been facilitated by the development of processing technologies that increase product purities and reduce operational costs. Recycled PET and HDPE have many uses and well-established markets.

In contrast, recycling of polyvinyl chloride (PVC) bottles and other materials is limited. A major problem in the recycling of PVC is the high chlorine content in raw PVC (around 56 percent of the polymer's weight) and the high levels of hazardous additives added to the polymer to achieve the desired material quality. As a result, PVC requires separation from other plastics before mechanical recycling.

Salman Zafar is the Founder of EcoMENA, and an international consultant, advisor, ecopreneur and journalist with expertise in waste management, waste-to-energy, renewable energy, environment protection and sustainable development. His geographical areas of focus include Middle East, Africa, Asia and Europe. Salman has successfully accomplished a wide range of projects in the areas of biomass energy, biogas, waste-to-energy, recycling and waste management. He has participated in numerous conferences and workshops as chairman, session chair, keynote speaker and panelist. Salman is the Editor-in-Chief of EcoMENA, and is a professional environmental writer with more than 300 popular articles to his credit. He is proactively engaged in creating mass awareness on renewable energy, waste management and environmental sustainability in different parts of the world. Salman Zafar can be reached at salman@ecomena.org or salman@bioenergyconsult.com
View all posts by Salman Zafar →
Tagged environment, GCC, HDPE, How is Plastic Recycled, Middle East, PET, Plastic Consumption, Plastic Recycling, Plastic Waste Disposal, Plastic Waste Management, Plastic Wastes, PVC, Recycling, Waste Management. Bookmark the permalink.

8 Responses to A Glance at Plastics Recycling