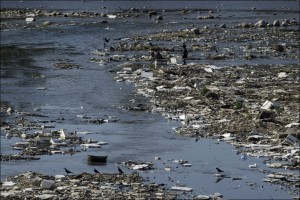 Did you know that over 780 million people worldwide lack access to clean water? Accessible water to is so dirty, that it can cause several potentially fatal diseases. These illnesses range from Cholera to E. Coli, Polio to Typhoid fever and each one presents a host of severe symptoms, which result in over three-quarters of a million deaths annually. On Human Rights Day, Waterlogic highlight the regions worst affected by each disease as well as suggesting actions to take and help make their water safe to drink — including one technology used in the plumbed-in water dispensers.

Salman Zafar is the Founder of EcoMENA, and an international consultant, advisor, ecopreneur and journalist with expertise in waste management, waste-to-energy, renewable energy, environment protection and sustainable development. His geographical areas of focus include Middle East, Africa, Asia and Europe. Salman has successfully accomplished a wide range of projects in the areas of biomass energy, biogas, waste-to-energy, recycling and waste management. He has participated in numerous conferences and workshops as chairman, session chair, keynote speaker and panelist. Salman is the Editor-in-Chief of EcoMENA, and is a professional environmental writer with more than 300 popular articles to his credit. He is proactively engaged in creating mass awareness on renewable energy, waste management and environmental sustainability in different parts of the world. Salman Zafar can be reached at salman@ecomena.org or salman@bioenergyconsult.com
View all posts by Salman Zafar →
Tagged Dirty Water, Diseases Caused by Dirty Water, How to Make Drinking Water Safe, Illnesses, Polio, Typhoid. Bookmark the permalink.