This week, we saw the return of Equal Pay Day in the UK, which serves as an important reminder of the gender pay gap that many women still experience. Despite the headway made toward gender parity over the years, progress is still slow. Holding a leadership position as a woman doesn’t come without its challenges. 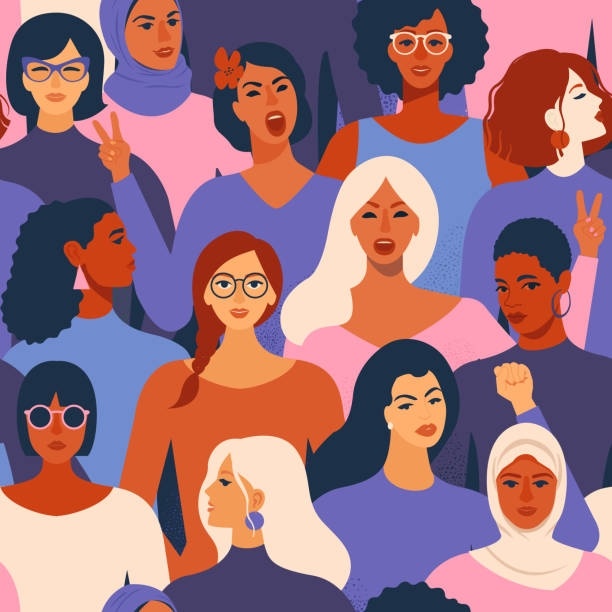 At Nexford, we’re fortunate enough to have an incredible team including fierce 🔥 women leaders. So, to support women across the globe, we asked eight of them for their tips on succeeding in your career. 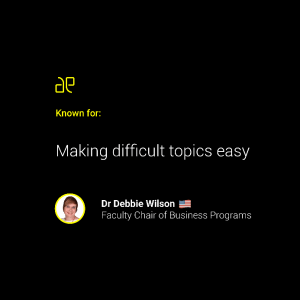 “Networking in any industry is important especially in today’s job market. However, for women, networking is sometimes the only way to gain admission or acceptance into specific industries. Networking among women has grown exponentially over the past decade and has given rise to forming female only networking groups.

Not only do these groups offer advice on “moving up the corporate ladder” but also offer support on topics such as asking for flexible hours to care for young children or aging parents, and how to discuss salary increases. They also often include motivational and uplifting stories from others who have faced similar challenges or roadblocks. My advice would be that when deciding which networks to join, do a little research and make sure the network offers open communication while also maintaining professionalism.” 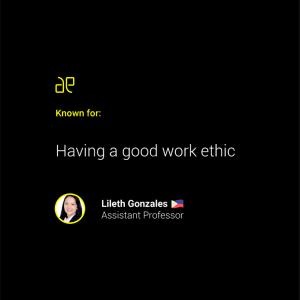 “It is a bit of a generalization to say that women are more compassionate by nature than men, but research shows this to be true. The University of Cambridge carried out a study and found that, on average, women have a greater ability to recognize what another person is thinking or feeling. However, being compassionate can be a double-edged sword in the workplace. Some may take advantage of you for your compassion, while others may be inspired by it and support you in your actions.

What really matters is that you are always genuine when expressing compassion. Take the time to understand where your team members are coming from, care for them and show them genuine concern. You should also look at their circumstances and do your best to take that into consideration when deciding on an action plan for your team. Show them that you are not just concerned about your personal or company goals, but also about theirs. Let your actions show that success is not just about your leadership, but about the team’s overall success in the company.”

“Praising others does not diminish your own value and competency or make you any less of a leader or signal weakness. Regular recognition of skills and achievements builds moral and dedication in your team members while also reinforcing the actions you want continued. Employees who feel valued through recognition are willing to go the extra mile, help out in a pinch, and are less likely to leave.”

According to KPMG Women’s Leadership Study more than half (53%) of working women say that receiving praise influences the perceptions of themselves the most. In other words, support and feedback is important for women’s self-esteem and confidence. 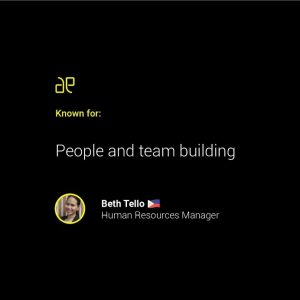 “Hire people based on skills and competencies, never gender. Recruiters need to be aware of unconscious bias – subconscious processes that affect our decision-making.” There are four areas in recruitment you can practice gender-neutral recruitment, according to Beth.

“Write job ads in an unbiased way. For jobs where we offer flexible work arrangements, we need this to be really clear so that women who have young families are more likely to apply.”

“Practice ‘blind recruitment’ where we mask a candidate’s name, age, and gender when assessing their applications and hire based on the candidate’s skills and competencies.”

“Use objective-type assessments and score cards to determine whether a candidate is qualified or not.”

“Conduct a job evaluation by looking at the rankings and hierarchy of jobs within your organization.”

When it comes to de-biasing language in job ads, a report from Recruit Smarter highlights studies that show how the language used to recruit can influence whether the role will appeal to men or women, affecting the gender split of applicants. Certain language can even deter women from applying for certain roles by inferring that the job is male dominated, and vice-versa. 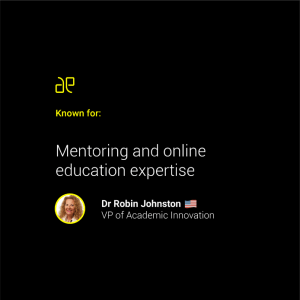 “As women, we need to believe in ourselves and nurture self-care. The biggest challenge with this is mindset. Adjusting our mindset means getting over the fear and doubts that we may have been conditioned to. These are the same fears and doubts that told us not to dream about becoming a successful career woman, business leader or politician.

To succeed, we need to learn to truly let go of this mindset and fully believe in ourselves, and even more importantly, our purpose. When women leaders anchor their development of self in purpose, rather than position or perception, this often increases their motivation.”

This is reiterated in a 2013 cover story for the Harvard Business Review, “Women Rising: The Unseen Barriers,” where authors Herminia Ibarra, Robin J. Ely and Deborah M. Kolb argue that “effective leaders develop a sense of purpose by pursuing goals that align with their personal values and advance the collective good.” 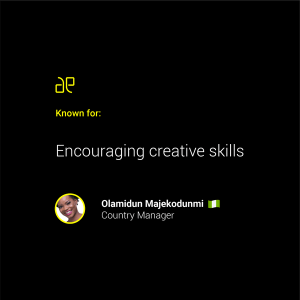 “I’ve learned from experience that for female leaders, your network of peers is the real treasure as you progress in your career. Be it through men, women or seniors, essentially, it’s all about leaning on your network when you need key advice or want to get something done. Arguably, it’s relationships that open doors.

“Yes, people at the top are great but never underestimate the power of your peers. Your classmates, colleagues, and friends are all part of an ecosystem to help you grow and are the strongest relationships in your network. Reach out to peers from different industries with contrasting skills, talents, and walks of life. This will support you throughout your upward career journey.”

“We are what we tell ourselves, and we appear to others in the ways we present ourselves.” 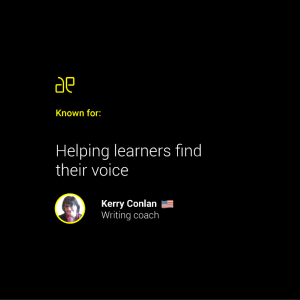 “Why is self-confidence at the pinnacle of self-destruction? Is it because women try to reach the summit of perfection with everything they do? If yes, they cannot succumb to the idealistic notion of knowing that what they do is good enough. If so, why are women so hard on themselves and feel the need to strive for perfection, even with the most ordinary things in their lives?

I believe it all has to do with how women perceive themselves. Perception is empowering. We are what we tell ourselves, and we appear to others in the ways we present ourselves. It is time to put the self-empowering mantras on repeat until we no longer need to hear it because we truly believe it.”

A recent study from psychological scientists Natalia Karelaia of INSEAD and Laura Guillén of the European School of Management and Technology found that female leaders could benefit from holding positive perceptions of themselves with the study stating that it “resulted in favorable psychological and motivational consequences.” 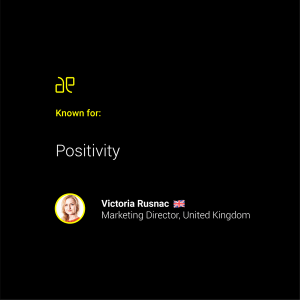 “During your career, you’ll get a lot of subjective feedback – your voice is not loud enough, you are too bossy or bitchy, you are too nice and not authoritative enough, you have unpopular opinions. What I always try to remember is that feedback is a subjective interpretation based on the views of the person who gives feedback. Therefore, feedback allows you to learn how other people think and how you project yourself. So, work on the feedback that hurts you the most and make small adjustments while maintaining your authenticity. It is all about developing your toolkit rather than changing who you are.”

In fact, subjective feedback in the workplace is very common as Paola Cecchi-Dimeglio writes on gender bias in Harvard Business Review. She writes: “One of my findings, using content analysis of individual annual performance reviews, shows that women were 1.4 times more likely to receive critical subjective feedback (as opposed to either positive feedback or critical objective feedback). That’s because annual evaluations are often subjective, which opens the door to gender bias (“Tom is more comfortable and independent than Carolyn in handling the client’s concerns”) and confirmation bias (“I knew she’d struggle with that project”), among other things.”

At Nexford, we want everyone to succeed and unlock their full potential – women leaders included. For more information on equal pay, you can check out our Women in Business Equal Pay Scholarship.

Salman Zafar is the Founder of EcoMENA, and an international consultant, advisor, ecopreneur and journalist with expertise in waste management, waste-to-energy, renewable energy, environment protection and sustainable development. His geographical areas of focus include Middle East, Africa, Asia and Europe. Salman has successfully accomplished a wide range of projects in the areas of biomass energy, biogas, waste-to-energy, recycling and waste management. He has participated in numerous conferences and workshops as chairman, session chair, keynote speaker and panelist. Salman is the Editor-in-Chief of EcoMENA, and is a professional environmental writer with more than 300 popular articles to his credit. He is proactively engaged in creating mass awareness on renewable energy, waste management and environmental sustainability in different parts of the world. Salman Zafar can be reached at salman@ecomena.org or salman@bioenergyconsult.com
View all posts by Salman Zafar →
Tagged Career Woman, Compassion, Female Leaders, Gender Bias, Gender-Neutral Recruitment, How to Become a Successful Woman Leader, Leadership, Networking, Perception, Woman, Women Leaders, Working Woman, Workplace. Bookmark the permalink.

One Response to 8 Top Tips to Support Women Leaders