Women Entrepreneurship in MENA: An Analysis

Women entrepreneurship is an important unexploited source of economic growth in almost all parts of the world. Unfortunately women in MENA have the lowest rates of Total Entrepreneurial Activity (TEA) at merely 4% of the population. The highest rates, globally, are in sub-Saharan Africa, at 27%. Latin American and Caribbean economies also show high levels (15 percent). In just seven economies (Panama, Thailand, Ghana, Ecuador, Nigeria, Mexico, and Uganda), women had equal or slightly higher levels of entrepreneurship than men. For the rest, women represented a smaller share of the entrepreneur population. 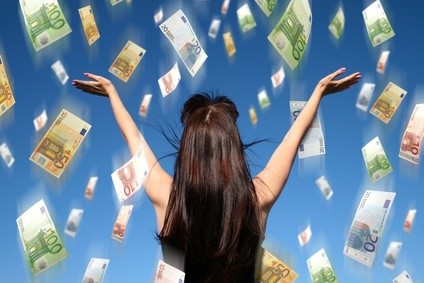 The recent interest in women entrepreneurship in the Middle East and North Africa region has spurred a number of studies that aim to explain MENA’s very low female participation in the workforce and political life, at  both the inter-regional and the intra-regional scales and  to identify the challenges facing women entrepreneurs.

The comparative data shows that the MENA region has made strong gains in human development: Literacy increased to 69 percent, average schooling (for those above 15)  rose  to  5.2  years,  child mortality  rates  plunged  to  around  46  per  thousand  births,  and  life  expectancy  has climbed to  reach  68  years.”.

However the level of unemployment among women remains high throughout the region. Of course, there is enough evidence to show that culture and social norms — not religion since countries with the same religion clearly show different rates — have a great deal to do with it.

The MENA region, more than other regions, faces specific barriers for women to interact in the public sphere and to access vital resources. This poses constraints that need to be addressed with specific measure in access to technology, financing and access to information which is a necessity in a globalized world. Some of the main barriers and constraints identified in hampering women entrepreneurs from entering the economic mainstream are as follows:

The difference of Total Entrepreneurial Activity (TEA) rates among countries in the MENA region is well explained by the heterogeneity and diversity of their historical development, social makeup and system of governance as well as  the  key  indicators  of  human  development  such  as health, education and living  standards.

It is quite difficult to make generalizations across the MENA region as the region  includes super-rich oil economies, a relatively small population and a large expat population such as Kuwait, Libya, Oman, Qatar, Saudi Arabia, and the UAE; mixed oil economies such as Algeria, Iran, Egypt, Tunisia, Yemen and  Syria  and non-oil economies  like  Jordan, Morocco, Palestine, Malta and Cyprus. This further complicates attempts to explain variations in the character and gender aspects of employment and entrepreneurship.

Thus, each country in the Arab world is confronting constraints and barriers to women entrepreneurship in different contexts. The profile of barriers for each nation is shaped by inter-connectedness of intrinsic and extrinsic factors specific to each country. Some studies have attributed MENA’s low rates of female labor force participation in oil-exporting countries of MENA (the Islamic Republic of Iran, Iraq, Kuwait, Saudi Arabia, and the United Arab Emirates) to oil.

It has been argued that the economic structure, social norms, and institutional characteristics of oil-rich economies discourage women from formal sector work. Ross (2008) argues that oil production “reduces the number of women in the labor force, which in turn reduces their political influence.” Oil-rich countries tend to have undiversified private sectors characterized by male-dominated employment and large public sectors. Consequently, employment opportunities for women often are highly concentrated in the public sector

Oil is a significant source of income for some MENA countries, especially GCC nations, and has definitely limited the growth of non-oil sectors. Nevertheless, it is notable that many countries in the region are net oil importers but still have rates of female labor force participation as low as those of oil-rich MENA countries. In contrast, oil producers outside MENA such as Norway and the Russian Federation have higher rates of female labor force participation.

Targeted, coordinated efforts are needed on multiple fronts to increase women’s participation in the economic and political spheres, and these efforts must be specific to country context. These efforts include changes in policies to secure women’s equality under the law, to bridge the remaining gender gaps in health and education, to redress the skills mismatch in the job market, and to promote women’s civic and political participation, and changes in economic policies by adoption of more nuanced labor taxation systems, more targeted social welfare benefits, tax credits, public financed parental leave schemes and promotion, better flex-work arrangements, enhanced access to finance and training for female entrepreneurs.

All these policy options and more can narrow the gap between men and women in economic life, and can trigger a momentum of growth and job creation that can support much higher rates of GDP and ensure prosperity for all.

Furthermore, the economic and political environment arising from the Arab Spring has created an unprecedented window of opportunity for change. Given the growing labor, demographic, and fiscal constraints, and the changing aspirations in the Middle East and North Africa region, policy reforms are urgently needed to boost job creation for all.

10 Responses to Women Entrepreneurship in MENA: An Analysis