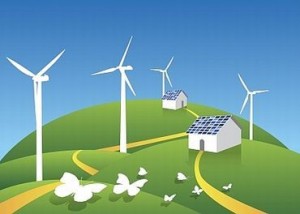 In April 2019, Puerto Rico Gov. Ricardo Rosselló signed a bill that aims to power the island totally through renewable energy by 2050. It also aims to completely give up coal by 2028. Puerto Rico is an unincorporated territory of the United States of America, which is today the world’s largest oil producing country.

This begs the question, what are the world’s top 10 oil producers doing to increase energy from renewable sources? First, let us have a look at how much oil these countries produced in 2017, which was the latest data available at the time of writing this article.

But what are these countries doing about renewable energy? View the interactive chart below to compare and contrast different countries and their renewable energy production, along with their installed capacity. The data was taken from International Renewable Energy Agency (IRENA).

You can also compare the five MENA countries. As you can see, the GCC countries Kuwait, Saudi Arabia, and the UAE focus more on solar energy, both in terms of installed capacity and actual electricity generation. This is marked by the fact that these countries are closer to equator, which means that they receive a lot of sunlight, coupled with sporadic desert settlements. This enables these countries to harvest more from solar energy. Now however, some of these countries are also investing in other renewable energy.

Priscilla Joseph, part of BactoWatt, a startup which aims to recover biogas from wastewater in the UAE, said, “There seems to be a change in paradigm from solar to bioenergy. Apart from that, the UAE is also looking into generating power through nuclear energy.”

Even with Puerto Rico’s bold announcement, the government of the United States of America seems to be going the other way. For example, the president of the USA Donald Trump announced in June 2017 it was pulling out of the Paris Climate Agreement, even though it was the second largest contributor of the world’s carbon emissions in 2015.

However, according to the terms of the agreement, no country can officially withdraw from it until 4 years have lapsed after the agreement came into effect for that country. For the USA, that date would be November 4 2020, one day after the US presidential elections. So at present, the USA continues to be a signed party to the 2015 Paris Agreement.

Meanwhile, the Saudi Arabia’s goals to combat climate change seem greatly insufficient, as pointed out by some climate change organisations. For example, Climate Action Tracker reported the country’s Paris Accord goals as “critically insufficient.” The organisation also said, “The envisioned emissions pathway towards 2030 is highly unclear, due to a lack of data availability, including the absence of any national emissions projections and the fact that Saudi Arabia has not published the baseline corresponding to its Paris Agreement target.”

Russia was also rated the same by the organisation. It said that even though the Russian government had drafted the “Ecology” programme in 2018 focusing on air pollution reduction, reforestation and improving waste management, none of the ten directions in the Ecology project relate directly to GHG emissions reductions.”

In fact, Russia remains the only top carbon emitting country to not have signed the 2015 Paris Agreement.

As for the top 10 oil producing countries, all of them except Iran, Iraq, and Russia have signed the Paris Agreement and ratified it at a later date.