While many consider that history was made as industrialized and developing countries jointly agreed on the same climate policy framework for the first time ever; others alert that the Paris Agreement is only as good as its implementation plans and review mechanisms. Nevertheless, the Paris Agreement and the process around it demonstrate an exemplary model for global climate governance and climate policy advocacy.

The question now is whether such international governance breakthrough could trickle down to the national and local levels across the globe. Countries and regions are challenged to move forward with the implementation leveraging the high momentum and mobilizing the diverse resources available in the market. 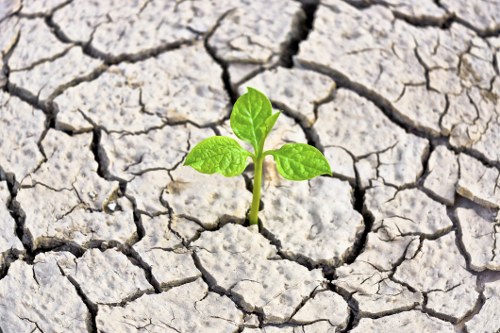 The Paris Agreement encourages a bottom-up pledge and review approach through Nationally Determined Contributions (NDCs). National climate action targets are recognized by the agreement but are not legally binding. Countries have a legally binding obligation to put together domestic targets and prepare policies to achieve these; but the targets themselves are in a “public registry” separate from the Agreement.

NDCs represent a tremendous opportunity to link climate change and development with a view to pursuing sustainable climate-resilient and low-carbon development pathways. The Post-Paris process is not about reinventing the wheel, but about reinforcing existing efforts, mainstreaming the NDC process and about incentivizing additional action.

The NDCs build on already existing climate change policies and measures and one of the main challenges is the integration and anchoring of the NDCs into sectoral programmes (policy coherence) and future strategies (i.e. Green Growth Strategies). Until February 2016, a total of 161 INDCs representing 188 countries were submitted to the UNFCCC covering around 98.7 % of global emissions.

The Paris Agreement established a periodic process for the submission of information on all Parties’ efforts to tackle climate change, according to guidance to be adopted by the COP serving as the meeting of the Parties to the Paris Agreement. The review of Parties’ action will take place at the individual level and at the aggregate level. Implementation of the Agreement will be assisted by an expert-based, facilitative compliance mechanism.

Therefore, not only does the Paris Agreement provide an obligation for all to make efforts to reduce their emissions, it also sets the basis for a common process to review action, and enhance it when needed. The details of these review and compliance processes, however, remain to be determined by the body entrusted to prepare for the entry into force of the Paris Agreement.

For governments, accountability on NDCs would be established through the UNFCCC and associated mechanisms. For businesses, accountability is rather scattered, yet no less powerful. Companies should expect to be held accountable not only to the government authorities in their host countries, but by civil society organizations; and increasingly aware customers, employees and investors. The Agreement also subjects the implementation of developed Parties’ obligations concerning the provision of finance to a review process for the first time.

One of the most important conceptual changes made in the Paris Agreement is the shift from blaming one another for failure to comply with a legal obligation, to trying to outdo one another in addressing a shared challenge. The transparency mechanism supports this shift by allowing journalists, activists, scientists, concerned citizens, and eco-businesses to: engage in debates, publicize successes and failures, solicit help and advice, and offer support to other countries.

Finance lies at the heart of the new agreement, with its own objective, and commitments to provide scaled up financial resources and capacity building to support country-driven strategies.  Paris is already being heralded by private investors as a game-changer in terms of mobilizing low-carbon investment. Their role and that of carbon pricing will be vital in funding national projects and programmes.  The Agreement established two forms of carbon trading; the detailed rules for these will have to be spelled out over the next five years. 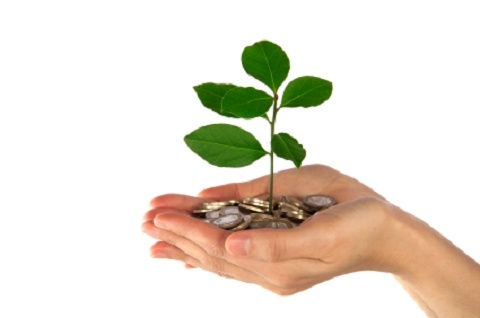 It is worth mentioning the global climate finance has increased by 18% in 2014 mounting up to $391 billion. Of that, $9 billion was invested in the MENA region with around 44% ($2 billion) utilized by the private sector. While renewable energy, energy efficiency and sustainable transport consumed the majority of mitigation finance, water and wastewater management took over the bulk of adaptation finance.

Examples of climate financing funds include: The Green Climate Fund, Adaptation Fund, Clean Technology Fund, GEF, NAMA facility as well as several bilateral funds. It is, moreover, anticipated that most of the climate investment would come from the private sector. National fund in Jordan include the Jordan Renewable Energy and Energy efficiency Fund under the Ministry of Energy and Mineral Resources as well as a number of green financing instruments implemented by commercial banks and MFIs.

Non-state actors include mainly Non Governmental Organizations (NGOs), cities and regions, as well as companies. The Paris Agreement is seen as a major turning point when it comes to the emphasizing the role and leadership of non-state actors, especially the private sector, side by side with governments. It calls upon ‘non-Party’ stakeholders to scale up their efforts and to demonstrate them via the UNFCCC website, and it also recognizes that tools such as domestic policies and carbon trading are important. Already 11,000 commitments from 4,000 companies and local authorities have been registered on the UNFCCC website, and that number is expected to grow in the coming years. http://climateaction.unfccc.int/

The Agreement contains clear messages to business community to join the climate action and implement short and long term projects to reduce their emissions. Climate leadership has a cascaded impact throughout the value chain: as emissions are reduced, money is saved, stakeholders are engaged and business reputation is enhanced.

Disclaimer: Some of the information contained in this article has been based on content developed by the writer during an assignment with GIZ Jordan on the comparative analysis of Jordan’s Intended Nationally Determined Contributions (INDCs) that was conducted in February 2016 in partnership with the Ministry of Environment

Ruba Al Zubi is a Sustainability Policy and Governance Advisor/Expert. She is a staunch advocate for policy-enabled action and has gained a unique experience in the areas of policy and planning, institutional development, sustainability mainstreaming into economic sectors, donor relations and research and innovation management. She recently served as Advisor to the President for Science Policy and Programme Development, Royal Scientific Society (RSS – Jordan). Prior to that, Ruba led the Scientific Research Department at Abdul Hameed Shoman Foundation, served as the first Policy Director at the Ministry of Environment, established and led several departments at the Development and Free Zones Commission, and served as the Chief Executive Officer of EDAMA Association for Energy, Water and Environment. In the nonprofit world, Al Zubi is a Plus Social Good Advisor with the United Nations Foundation and a Founding Member of Jordan Green Building Council. She is a global volunteer, mentor, speaker and blogger.
View all posts by Ruba Al-Zu'bi →
Tagged Climate Action, Climate Finance, Climate Governance, Climate leadership, Climate Policy, COP21, emissions, Green Financing, Jordan, MENA, Nationally Determined Contributions, NGOs, Non-State Actors, Paris Agreement. Bookmark the permalink.