CSR Perspectives for the Middle East

Corporate Social Responsibility has moved beyond philanthropy, and is rapidly undergoing integration into the company’s core business strategy. However, in the Middle East, we can find companies that are still perceiving CSR as philanthropy and yet to view it as a “core business strategy “. Is it because of the culture and religion that we should give to the poor (Zakat or charity) so they consider it as their CSR? Should it be obligatory so companies will start thinking about CSR more strategically?

Over the past few years, the interest has literally exploded in regional media and business community with a lot of foreign companies working in the field, companies hiring CSR specialists and setting up CSR departments. The focus is also getting more strategic and more diversified. In a survey, conducted by Sustainability Advisory Group in 2009, it was found that whilst there is a strong in-principle support for CSR initiatives, the region has not yet taken the next step of translating this into budget allocations, clear accountability and rewards and recognition.

There is a significant difference among Middle East nations in applying and practicing CSR. In the UAE and Oman, over the past couple of years there were different planned and meaningful initiatives. Companies in these countries are taking CSR and sustainability very seriously and they are showing an increasing commitment to CSR.  On the other hand, countries like Lebanon, there has been lot of focus on purely PR activities masked as CSR.

In an article entitled “CSR in the Arab World: A Mission Impossible?”, Norwegian researcher Kjetil Selvik mentions that it is hard to spot the difference between CSR and Zakat in practice. In Arab countries, CSR is often reduced to some donations like money or food, or to planting trees in public parks. Measures like these do not satisfy the ambitions of CSR promoters, who would like to see systematic changes in how companies are operating.

Does this mean that CSR won’t have a development impact in the Arab World? One of the main challenges is that CSR is associated with profit logic. The Zakat model differs fundamentally in its incentive for acts of social responsibility. This is something that the individual is supposed to do for God. On the other hand, CSR is promoted as a business tool to improve the company’s reputation, and companies frequently share successful CSR stories with the media and the public. 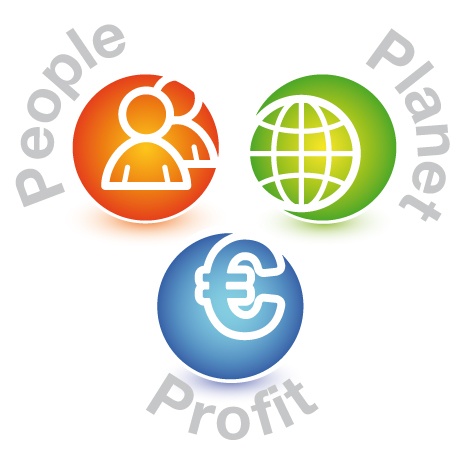 The normative difference between CSR and Zakat complicate the entrance of CSR into the Arab World. The CSR model introduces an ethical, normative framework that collides with local sensitivities. This is a potential problem of which organizations and businesses trying to introduce CSR in Arab countries should take note, says Selvik.

To conclude, companies in the Middle East are now realizing the importance of adopting a CSR strategy which can help them in reaping the benefits on their triple bottom line. They are trying to go beyond a simple donation or planting trees. Moreover, they are starting to measure their KPIs and to write sustainability reports. However, companies in the Middle East still have a long road to go for achieving sustainability when compared to their Western counterparts.

Lama Diab is passionate about being an agent of change in her community and is highly active in the civil society. During her studies she worked with several local and international NGOs. She received her Master degree in Economic and Social Development in 2012 from the Lebanese University. Soon, after her studies she joined “2GEM”. Lama is also the co-founder of a women empowering NGO called “Women to Women Success” where they provide to underprivileged women-at-home with employment opportunities while still being based at home.
View all posts by Lama Diab →
Tagged CSR in the Arab World, CSR Practices in the Middle East, CSR Strategy in the Middle East, Donation, Lebanon, Oman, Philanthropy, UAE, Zakat. Bookmark the permalink.

4 Responses to CSR Perspectives for the Middle East