Everything You Need to Know About Jatropha

Jatropha is a genus of nearly 175 species of shrubs, low-growing plants, and trees.  However, discussions of Jatropha as a biodiesel feedstock are actually means a particular species of the plant, Jatropha curcas. The plant is indigenous to parts of Central America, however it has spread to other tropical and subtropical regions in Africa and Asia. 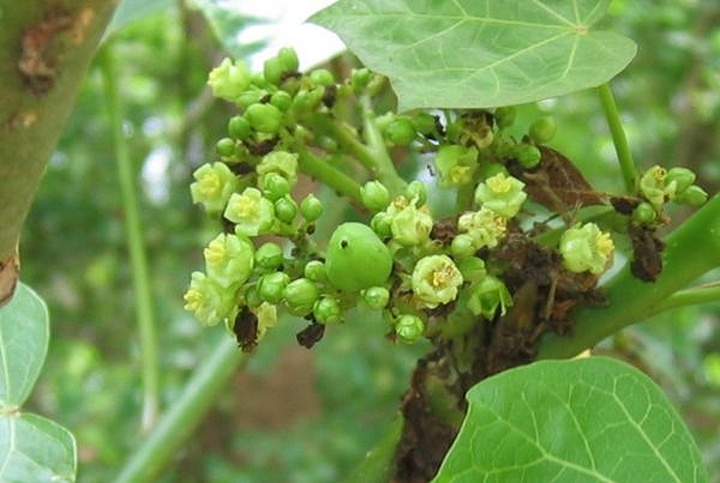 Jatropha curcas is a perennial shrub that, on average, grows approximately three to five meters in height. It has smooth grey bark with large and pale green leaves. The plant produces flowers and fruits are produced in winter or throughout the year depending on temperature and soil moisture. The curcas fruit contains 37.5 percent shell and 62.5 percent seed.  Jatropha curcas can be grown from either seed or cutting.

By virtue of being a member of the Euphorbiaceae family, Jatropha has a high adaptability for thriving under a wide range of physiographic and climatic conditions. It is found to grow in all most all parts of the country up to an elevation 3000 feet. Jatropha is suitable for all soils including degraded and barren lands, and is a perennial occupying limited space and highly suitable for intercropping.

Extensive research has shown that Jatropha requires low water and fertilizer for cultivation, is not grazed by cattle or sheep, is pest resistant, is easily propagated, has a low gestation period, and has a high seed yield and oil content, and produces high protein manure. Sewage provide a good source of water and nutrients for cultivating Jatropha, though there are some risk of salinization in arid regions. 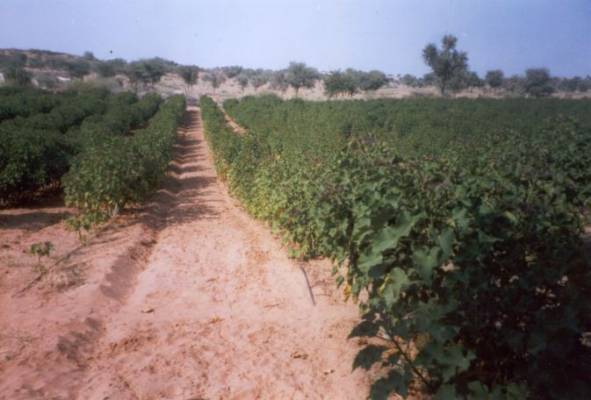 Pongamia – An Alternative to Jatropha

Pongamia pinnata or Karanj is another promising non-edible oil seed plant that can be utilized for oil extraction for biodiesel production. The plant is a native of India and grows in dry places far in the interior and up to an elevation of 1000 meters. Pongamia plantation is not much known as like Jatropha, but the cost effectiveness of this plant makes it more preferred than other feedstock.

Pongamia requires about four to five times lesser inputs and giver two to three times more yield than Jatropha which makes it quite suitable for small farmers. However, Pongamia seeds have about 5-10 percent less oil content than Jatropha and the plant requires longer period to grow as the gestation period is about 6-8 years for Pongamia against 3-5 years in Jatropha.

Jatropha can be successfully grown in arid regions of the MENA region for biodiesel production. These energy crops are highly useful in preventing soil erosion and shifting of sand dunes. The production of sewage-irrigated energy crops has good potential to secure additional water treatment and thus reduce adverse environmental impacts of sewage disposal.

Countries in the Middle East, like Eqypt, Libya, Sudan, Jordan and Saudi Arabia, are well-suited to the growth of Jatropha plantations. Infact, Jatropha is already grown at limited scale in some Middle East countries, especially Egypt,  and tremendous potential exists for its commercial exploitation.

5 Responses to Everything You Need to Know About Jatropha