A Quick Glance at Composting Methods

The composting process is a complex interaction between the waste and the microorganisms within the waste. The microorganisms that carry out this process fall into three groups: bacteria, fungi, and actinomycetes. Actinomycetes are a form of fungi-like bacteria that break down organic matter. The first stage of the biological activity is the consumption of easily available sugars by bacteria, which causes a fast rise in temperature. The second stage involves bacteria and actinomycetes that cause cellulose breakdown. The last stage is concerned with the breakdown of the tougher lignin by fungi.

Aerobic composting is the process by which organic wastes are converted into compost or manure in presence of air and can be of different types. The most common is the Heap Method, where organic matter needs to be divided into three different types and to be placed in a heap one over the other, covered by a thin layer of soil or dry leaves. This heap needs to be mixed every week, and it takes about three weeks for conversion to take place. 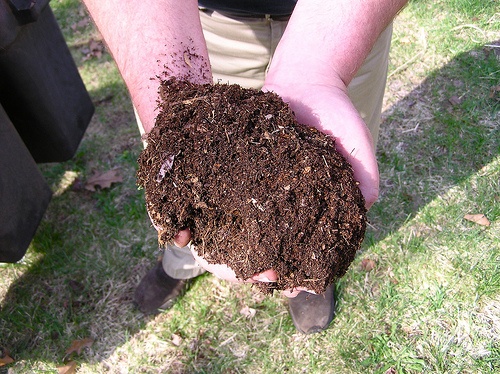 The process is same in the Pit Method, but carried out specially constructed pits. Mixing has to be done every 15 days, and there is no fixed time in which the compost may be ready. Berkley Method uses a labor-intensive technique and has precise requirements of the material to be composted. Easily biodegradable materials, such as grass, vegetable matter, etc., are mixed with animal manure in the ratio of 2:1. Compost is usually ready in 15 days.

Vermicomposting involves use of earthworms as natural and versatile bioreactors for the process of conversion. It is carried out in specially designed pits where earthworm culture also needs to be done. Vermicomposting is a precision-based option and requires overseeing of work by an expert. It is also a more expensive option (O&M costs are high).

However, unlike the above two options, it is a completely odorless process making it a preferred solution in residential areas. It also has an extremely high rate of conversion, so quality of the end product is very high with rich macro and micronutrients. The end product also has the advantage that it can be dried and stored safely for a longer period of time.

Salman Zafar is the Founder of EcoMENA, and an international consultant, advisor, ecopreneur and journalist with expertise in waste management, waste-to-energy, renewable energy, environment protection and sustainable development. His geographical areas of focus include Middle East, Africa, Asia and Europe. Salman has successfully accomplished a wide range of projects in the areas of biomass energy, biogas, waste-to-energy, recycling and waste management. He has participated in numerous conferences and workshops as chairman, session chair, keynote speaker and panelist. Salman is the Editor-in-Chief of EcoMENA, and is a professional environmental writer with more than 300 popular articles to his credit. He is proactively engaged in creating mass awareness on renewable energy, waste management and environmental sustainability in different parts of the world. Salman Zafar can be reached at salman@ecomena.org or salman@bioenergyconsult.com
View all posts by Salman Zafar →
Tagged Aerobic Composting, Compost, Organic matter, organic wastes, Popular Composting Methods, Types of Composting, Vermicomposting, What is Anaerobic Composting. Bookmark the permalink.

4 Responses to A Quick Glance at Composting Methods