More commonly known for its popular culinary and medicinal benefits, olive cultivation, olive oil production and oil packaging are a part of the local heritage and rural economy throughout the North African and Mediterranean regions. In 2012, an estimated 2,903,676 tons of olive oil was produced worldwide, the largest olive oil producers being Spain, Italy, and Greece followed by Turkey and Tunisia and to a lesser extent Portugal, Morocco and Algeria. Within the European Union’s olive sector alone, there are roughly 2.5 million producers, who make up roughly one-third of all EU farmers. 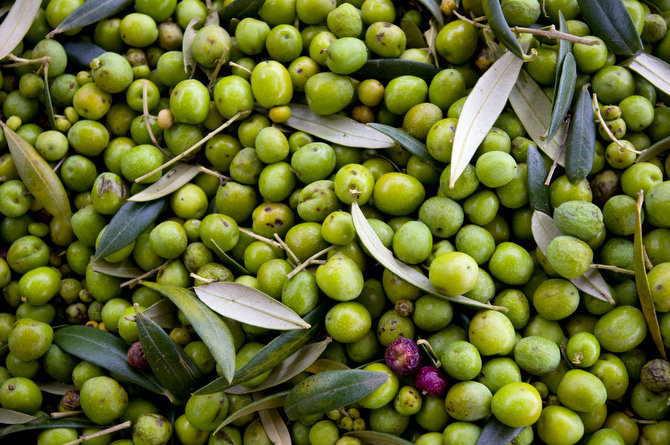 The olive oil industry offers valuable opportunities to farmers in terms of seasonal employment as well as significant employment to the off-farm milling and processing industry.  While this industry has significant economic benefits in regards to profit and jobs; the downside is it leads to severe environmental harm and degradation.

More contemporary is the two-phase system, in this system “the volume of OMW produced is reduced because less water is used and much of that water and toxic substances are held within the solid olive cake, thus producing a semi-solid residue (SOR).” While the two-phase system produces less OMW, the SOR it produces has a “high organic matter concentration giving an elevated polluting load and it cannot be easily handled by traditional technology which deals with the conventional three-phase olive cake.”

Regardless of system used, the effluents produced from olive oil production exhibit highly phytotoxic and antimicrobial properties, mainly due to phenols.  Phenols are a poisonous caustic crystalline compound.  These effluents unless disposed of properly can result in serious environmental damage.  Troublingly, there is no general policy for disposal of this waste in the olive oil producing nations around the world.  This results in inconsistent monitoring and non-uniform application of guidelines across these regions.

Around 30 million m3 of olive mill wastewater is produced annually in the Mediterranean area.  This wastewater cannot be sent to ordinary wastewater treatment systems, thus, safe disposal of this waste is of serious environmental concern.  Moreover, due to its complex compounds, olive processing waste (OPW) is not easily biodegradable and needs to be detoxified before it can properly be used in agricultural and other industrial processes.

This poses a serious problem when the sophisticated treatment and detoxification solutions needed are too expensive for developing countries in MENA such as Morocco, Algeria and Tunisia where it is common for OMW to be dumped into rivers and lakes or used for farming irrigation.  This results in the contamination of ground water and eutrophication of lakes, rivers and canals.  Eutrophication results in reductions in aquatic plants, fish and other animal populations as it promotes excessive growth of algae. As the algae die and decompose, high levels of organic matter and the decomposing organisms deplete the water of oxygen, causing aquatic populations to plummet.

Another common tactic for disposal of olive mill wastewater is to collect and retain it in large evaporation basins or ponds.  It is then dried to a semi-solid fraction. In less developed countries where olive processing wastes is disposed of, this waste, as well as olive processing cake and SOR waste is commonly unloaded and spread across the surrounding lands where it sits building up throughout the olive oil production season.  Over time these toxic compounds accumulate in the soil, saturating it, and are often transported by rain water to other nearby areas, causing serious hazardous runoff. Because these effluents are generally untreated it leads to land degradation, soil contamination as well as contamination of groundwater and of the water table itself.

Even a small quantity of olive wastewater in contact with groundwater has the potential to cause significant pollution to drinking water sources. The problem is more serious where chlorine is used to disinfect drinking water. Chlorine in contact with phenol reacts to form chlorophenol which is even more dangerous to human health than phenol alone.

The problems associated with olive processing wastes have been extensively studied for the past 50 years.  Unfortunately,research has continued to fall short on discovering a technologically feasible, economically viable, and socially acceptable solution to OPW.  The most common solutions to date have been strategies of detoxification, production system modification, and recycling and recovery of valuable components.  Because the latter results in reductions in the pollution and transformation of OPW into valuable products, it has gained popularity over the past decade.Weed control is a common example of reusing OPW; due to its plant inhibiting characteristics OPW once properly treated can be used as an alternative to chemical weed control.

Research has also been done on using the semisolid waste generated from olive oil production to absorb oil from hazardous oil spills.  Finally, in terms of health, studies are suggesting that due to OPW containing high amounts of phenolic compounds, which have high in antioxidant rates, OPW may be an affordable source of natural antioxidants. Still, none of these techniques on an individual basis solve the problem of disposal of OMW to a complete and exhaustive extent.

At the present state of olive mill wastewater treatment technology, industry has shown little interest in supporting any traditional process (physical, chemical, thermal or biological) on a wide scale.This is because of the high investment and operational costs, the short duration of the production period (3-5 months) and the small size of the olive mills.

Overall, the problems associated with olive processing wastes are further exemplified by lack of common policy among the olive oil producing regions, funding and infrastructure for proper treatment and disposal, and a general lack of education on the environmental and health effects caused by olive processing wastes.   While some progress has been made with regards to methods of treatment and detoxification of OPW there is still significant scope for further research.  Given the severity of environmental impact of olive processing wastes, it is imperative on policy-makers and industry leaders to undertake more concrete initiatives to develop a sustainable framework to tackle the problem of olive oil waste disposal.

Catherine Hansen is a returned Peace Corps volunteer and graduate from West Virginia University, where she studied for her Masters in Sustainable Development. She recently returned from a 27-month service in Morocco where she was serving as a Youth Development volunteer designing literacy, health, and environmental programming for youth in collaboration with local associations and volunteers. One of her main life goals is to share her passion for protecting the environment from human harm by bringing awareness to environmental issues that are often times over looked. Through outreach and education, Catherine hopes to inspire a refreshed appreciation for our natural world. She aims to begin her career in environmental services within the year.
View all posts by Catherine Hansen →
Tagged Algeria, Detoxification, Effluents, Environmental Hazards of Olive Processing Wastes, MENA, Morocco, Olive Mill Wastewater, Olive Oil, Olive Oil Waste Management, Olive Processing Wastes, Phenols, Phytotoxicity, Tunisia, Waste Management in Olive Oil Industry, Wastes, Water Pollution. Bookmark the permalink.