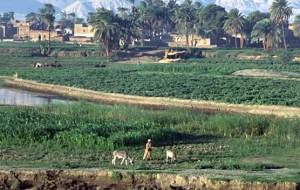 Dirk Lechtenberg is a pioneer in the production and use of alternative fuels. He is the founder and Managing Director of the consulting company MVW Lechtenberg & Partner (Germany). He is the recipient of the Global Fuel award 2012 by the Cement & Lime Magazine.
View all posts by Dirk Lechtenberg →

5 Responses to Agricultural Scenario in MENA