Water Awareness in Qatar: A Survey

Qatar is one of the world’s most water-scarce countries in the world. But the continuous expansion of fossil fuel-led desalination technology and associated water infrastructure evaded the shortages and led to continuous access to safe and clean water to all the citizens and residents. In recent years, Qatar witnessed the growing household water consumption adding stress to the economy, infrastructure, and the environment. New measures were proposed to curb the demand through increasing water tariffs and recycling domestic wastewater for semi-productive use. However, these measures have not reduced the domestic consumption of water. Conserving water is one of the strategic areas for Qatar for its natural sustainability. 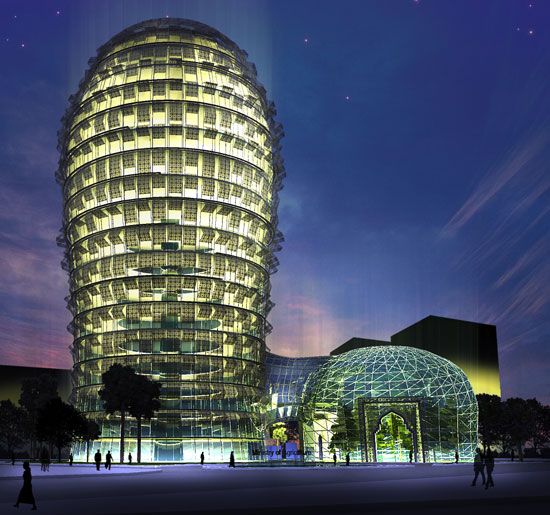 The survey finds that more than one-third (36%) of public say bathing (shower) is where most of the day-to-day water is consumed. Followed by 26% say toilet and one-in-five (21%) marked washing clothes and utensils (19%), respectively. However, there is no sizeable difference in ranking when it comes to gardening, drinking and washing the car, all rank equally. Whereas cooking (7%) and cleaning homes (6%) are the least water-consumed activities.

The survey finds that a large number of people already engaged in water conservation activities, but most of them that are convenient such as loading their washing machine and dishwater fully. Roughly half (49%) of public say it is likely (including very likely) to install a greywater recycling system. Older generations are more likely to consider installing greywater recycling system in their homes than younger groups.

There was a general perception that people are reluctant to use treated wastewater for agriculture or landscaping or non-consumptive use. The common concerns are a health risk, religious and cultural reasons. However, there is popular support for reusing treated wastewater.

A sizeable majority (61%) of public say they would consider using treated wastewater (from kitchen and washing machine) for toilet flushing. A fewer than 10% say it is unlikely or they would not do. Men and women broadly share same views. Some 12% of Qatari men say it is unlikely and 13% of Qatari women say they would not do. However, more than half of Qatari men and women expressed a favourable opinion of using well-treated wastewater from kitchen, washing machine for toilet flushing. 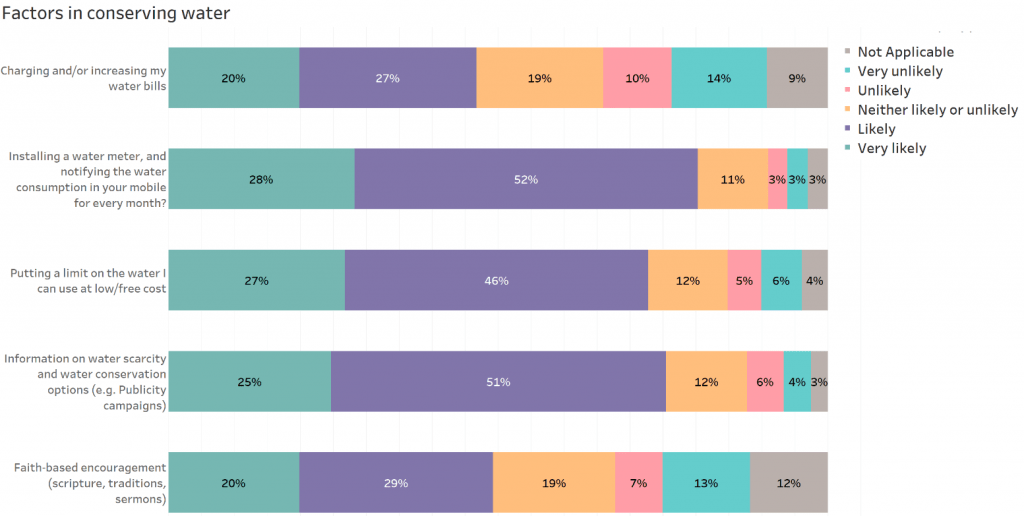 Roughly one-in-six (57%) people say they would consider reusing best quality treated water from bathtubs for landscaping. A sizeable opinion gap exists among and between subgroups. Women are more supportive of this idea than men, 63% of women say it is likely in comparison with only 52% of men. Both Qataris and non-Qataris express favourable views of using treated wastewater for landscaping (58% vs 56%).

What would encourage people to conserve water effectively? Some options are more preferable than others. The most preferred option is installing a water meter and notifying their monthly consumption to their mobiles (80% likely), information about water scarcity and conservation options (76% likely) and putting a limit on the water use at free or low cost (73%). Whereas the responses are divided for increasing the water tariffs and faith-based encouragement. Nearly one-in-four people said it is unlikely that increasing water tariffs will influence water conservation. One in five people said faith-based values would not influence to conserve water.

3 Responses to Water Awareness in Qatar: A Survey