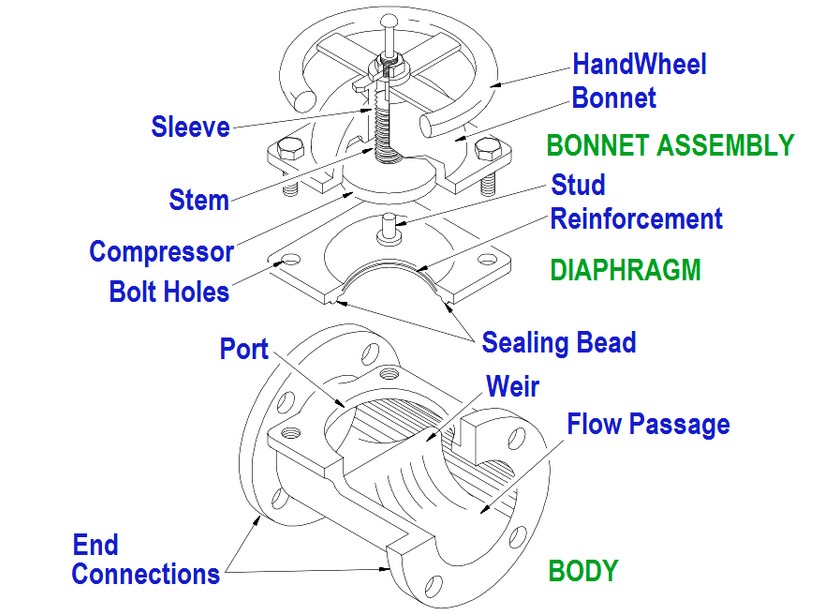 How does a diaphragm valve work?

This is a diaphragm valve suitable for small and zero leakage fluid flow control. Diaphragm valve manufacturers produce this valve with an inclined body to enhance the self-draining feature. This type of valve is recommended for use in hazardous or corrosive fluids because the bonnet is designed to control leakage or diaphragm failure.

Other types of diaphragm valves are:

Factors to consider when purchasing or selecting a diaphragm valve

There are different types of diaphragm valves based on material type, application, and size. Some of these valves are best suited for corrosive and abrasive media while others are best for non-abrasive media depending on the material used to make that valve. As such, it is good to consult valve experts or the diaphragm valve manufacturer to advise on the best type of valve for that application.

These valves are meant for different fluid flow rates, temperatures, and pressure. It is very important to know the conditions of the application to help the in selecting the most economical and effective diaphragm valve for the intended application.

One Response to Diaphragm Valve – Types, Functions and Applications