The Concept of Garden in Islamic Culture

The Arabic words Hadiqah, riyad, janna, raudah refer to the garden in its classical sense, with different nuances. The words bustan, munia, ruzafa, buhaira, ‘ars refer to the large agricultural or leisure estates generally located on the periphery of towns. These terms and others go to show the diversity of meaning in the concept of garden in the Islamic culture. 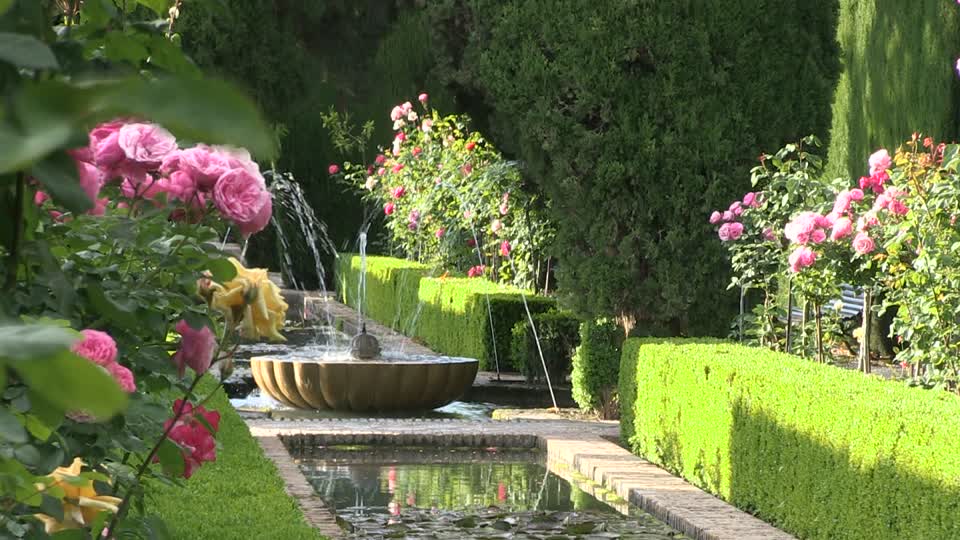 In Islamic Culture, the garden is above all the essence of elements of Creation: Creation itself is a garden. This garden is at the heart of all the flowering Islamic civilization: beauty, mathematics, architecture, spirituality, poetry, botanic sensibility, hydraulics, biodiversity… But at the same time it also hides the secret of Islam, and all the gifts in this world and in the next: contemplation, peace, gratitude, conviviality, sensuality and including eternal rest.

Undeniably, the Islamic garden has been enriched by numerous influences over the centuries, especially those coming from the Nabatean and Persian civilisations. However, it is incorrect to think that the spiritual and conceptual nucleus of the Islamic garden is of foreign influence.

The presence of water, the fragrances, the shade, the fruits within reach of a hand and the pavilions of leisure offer more than just a charming visual spectacle. They transcend this: they offer a rich interpretation of The Sacred Book, the Prophetic traditions and the Sufi works.

There is no doubt that the idea of the garden as a representation of the spiritual garden or Paradise is not new. 2 700 AC the Babylonians described Paradise in the epic poem of Gilgamesh in this way: ‘In these immortal gardens stands a tree… this tree is next to a sacred spring’.

It is also notable the symbolism of the garden in Genesis as synonymous with Paradise, although it was possibly the Persians who most nurtured spirituality in the garden, being as they were the forerunners of landscaping in the Islamic world. It is used in the same way in the Quran more than 120 times: ‘Whoever obeys God and his Chosen One will be chosen to live in gardens beneath which flow rivers, and where they will live eternally’ (Quran 4:13). 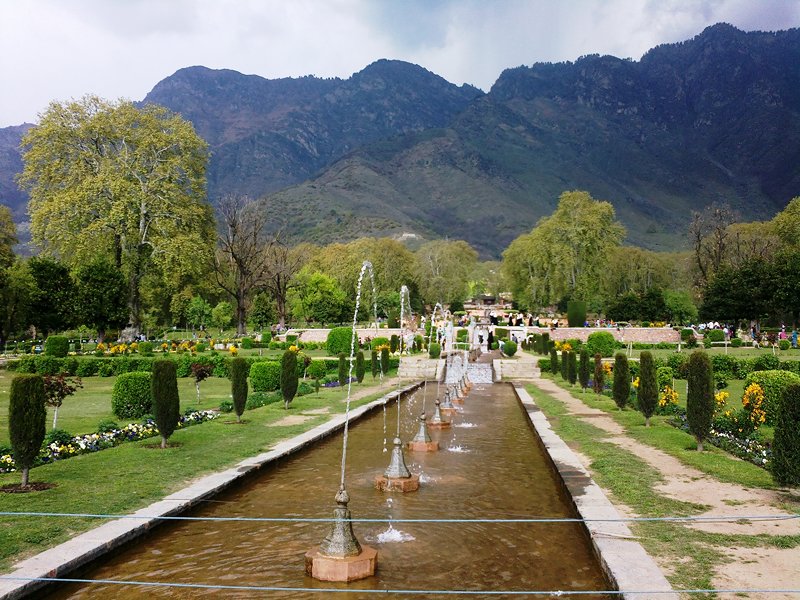 The Garden is above all the essence of elements of Creation

The Garden in capital letters is seen repeatedly in the Prophet’s Sunnah. In a Hadith the Messenger of Allah (peace be upon him) told: ‘The greatest door to the Garden is the awareness of Allah and good character.’

However, the garden in its spiritual meaning is more than merely a recreation or imagination of the Garden of the Hereafter. It is associated with death, or eternal rest, as is apparent from the name given to a cemetery (rauda, one of the terms for garden). It also embodies the flowering of the human spirit, as seen in the word Raudiyah, or the discipline to educate the soul until it transforms into a fragrant garden which offers flowers and fruits.

For this reason it is not unusual for Muslims to use the term ‘win the Garden’ between themselves, referring to the spiritual wealth associated with seeking perfection in behaviour.

Cherif Abderrahman Jah is an Islamic academic and humanist. He has been the Chairman of the Islamic Culture Foundation, an independent Spanish cultural organization and NGO, since its establishment in 1982, and heads the Executive Secretariat of the environmental programme Med-O-Med, cultural landscapes of the Mediterranean and the Middle East. He is author and coauthor of numerous publications specialised in Islam and the culture of al- Andalus, curator of several exhibitions on these subjects, as well as an active member of several civil society networks.
View all posts by Cherif Abderrahman Jah →
Tagged concept of garden in Islam, Garden, garden in islamic culture, Islam, Islamic Culture, Islamic garden, Prophet, Quran, Spirituality, Sufi, Sunnah. Bookmark the permalink.

5 Responses to The Concept of Garden in Islamic Culture